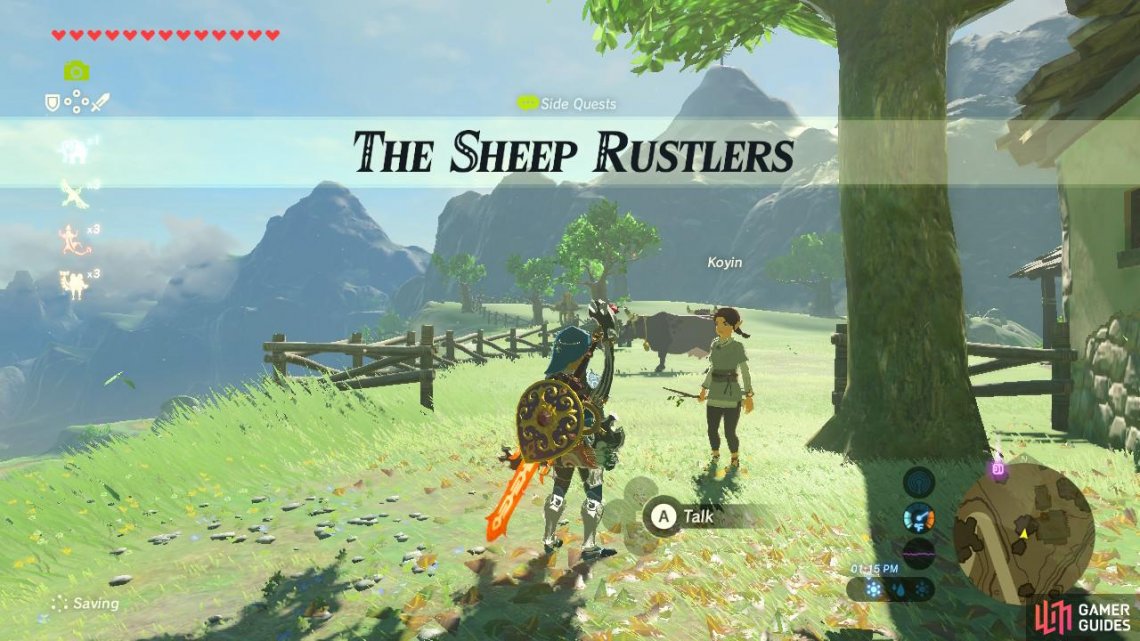 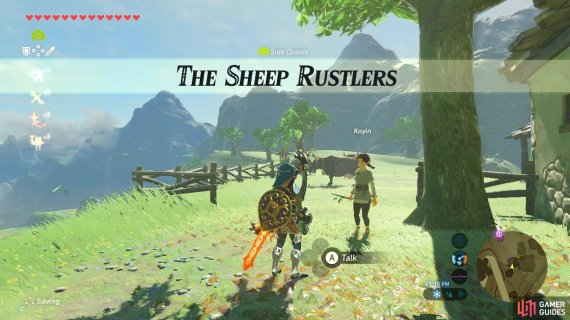 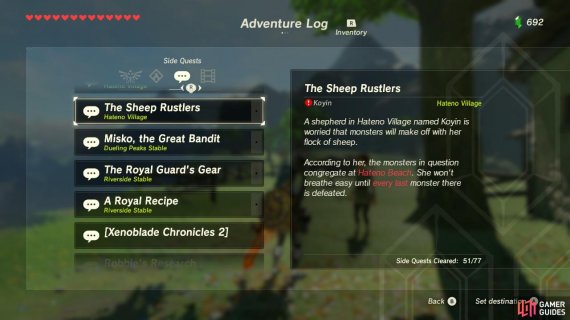 This is a simple kill-the-enemy-camp sidequest from Hateno Village (left), If doing this early in the game, the enemies are not too hard, but do gear up properly (right)

Talk to Koyin at Hateno Village. Her farm is up in the cliffs on the way to the Ancient Tech Lab. She will tell you about monsters coming up from Hateno Beach to steal her sheep, so let’s do her a favor by getting rid of them. 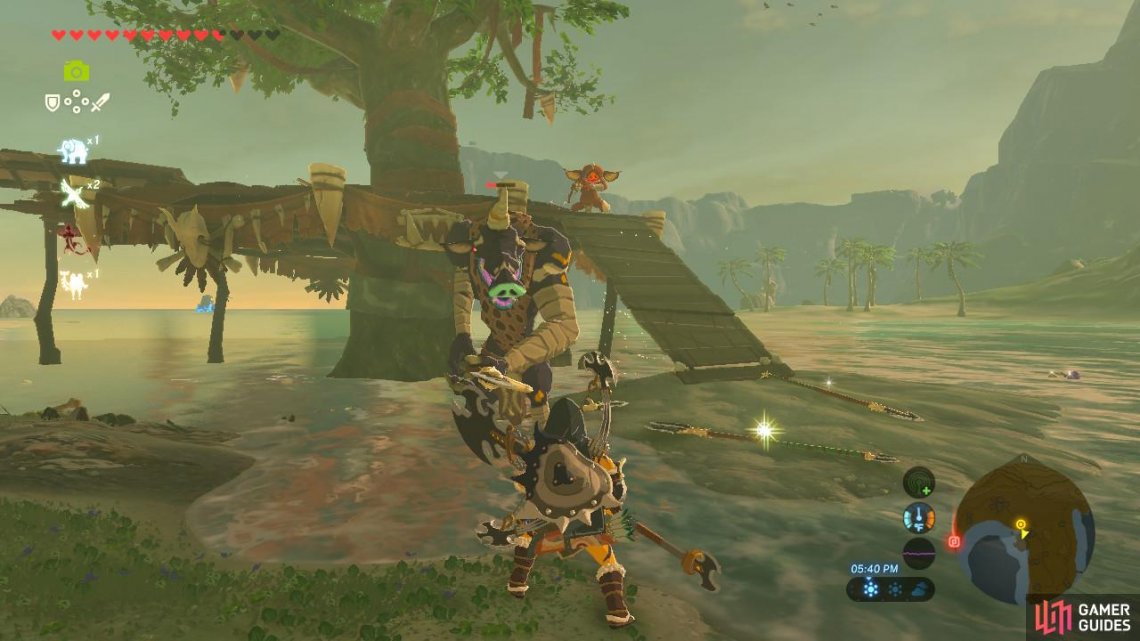 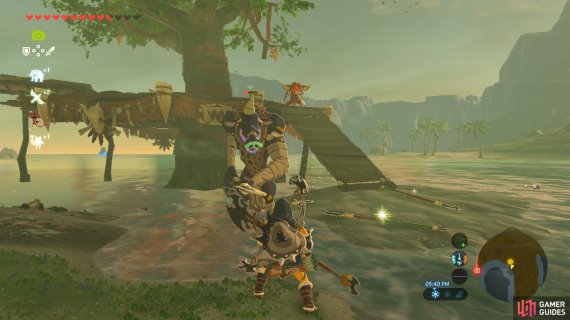 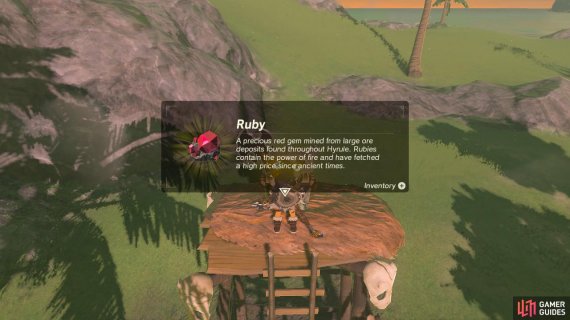 This is the enemy camp. It’s fairly large (left), A treasure chest will open up for you once you have defeated all the monsters (right)

You can Paraglide right to where the monsters are from the Ancient Tech Lab. The monster camp is even marked on the map for you so that you can find it easily. Once you arrive you will have to defeat several Bokoblins and a Moblin. They will gang up on you so do your best to fight them all off. Defeat them all and open up the enemy camp’s treasure chest for a Ruby. 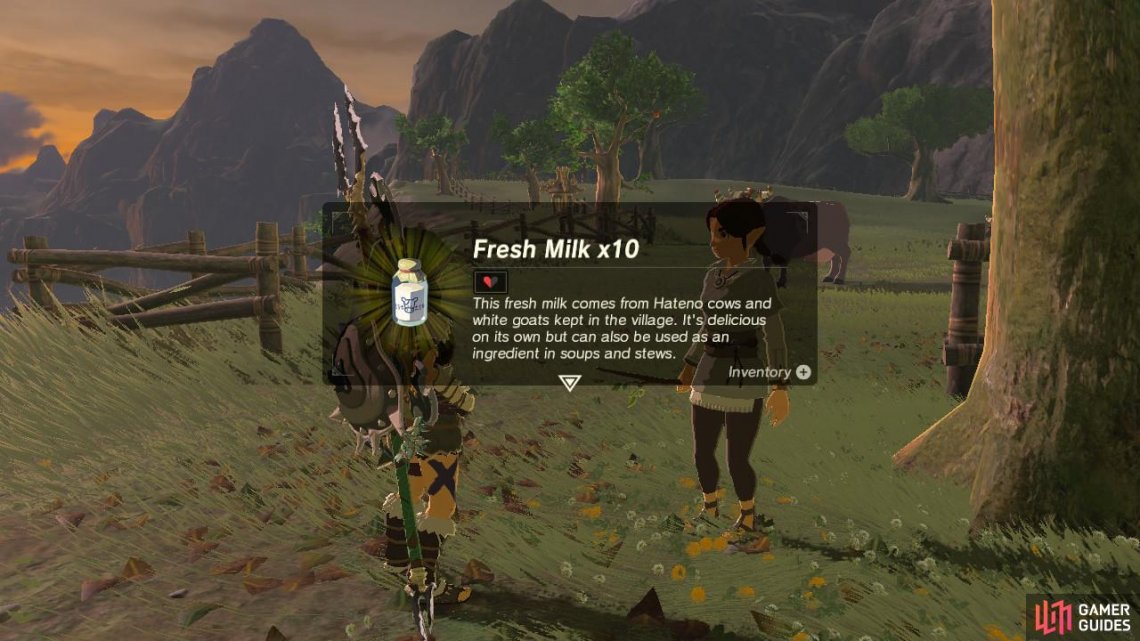 (1 of 2) These can be used on their own for minor healing, or as an ingredient 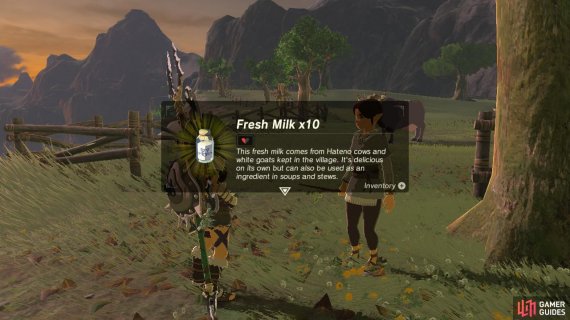 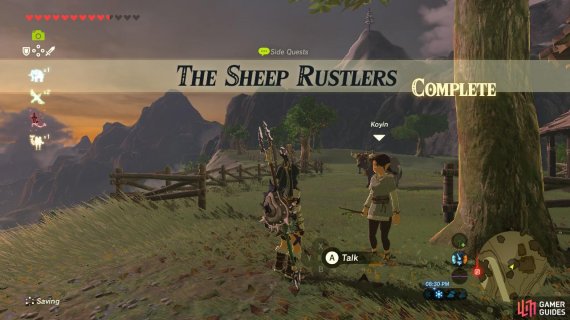 These can be used on their own for minor healing, or as an ingredient (left), This sidequest is now complete (right)

Return to Koyin to tell her that her sheep are safe. She will give you 10 Fresh Milks as a reward.