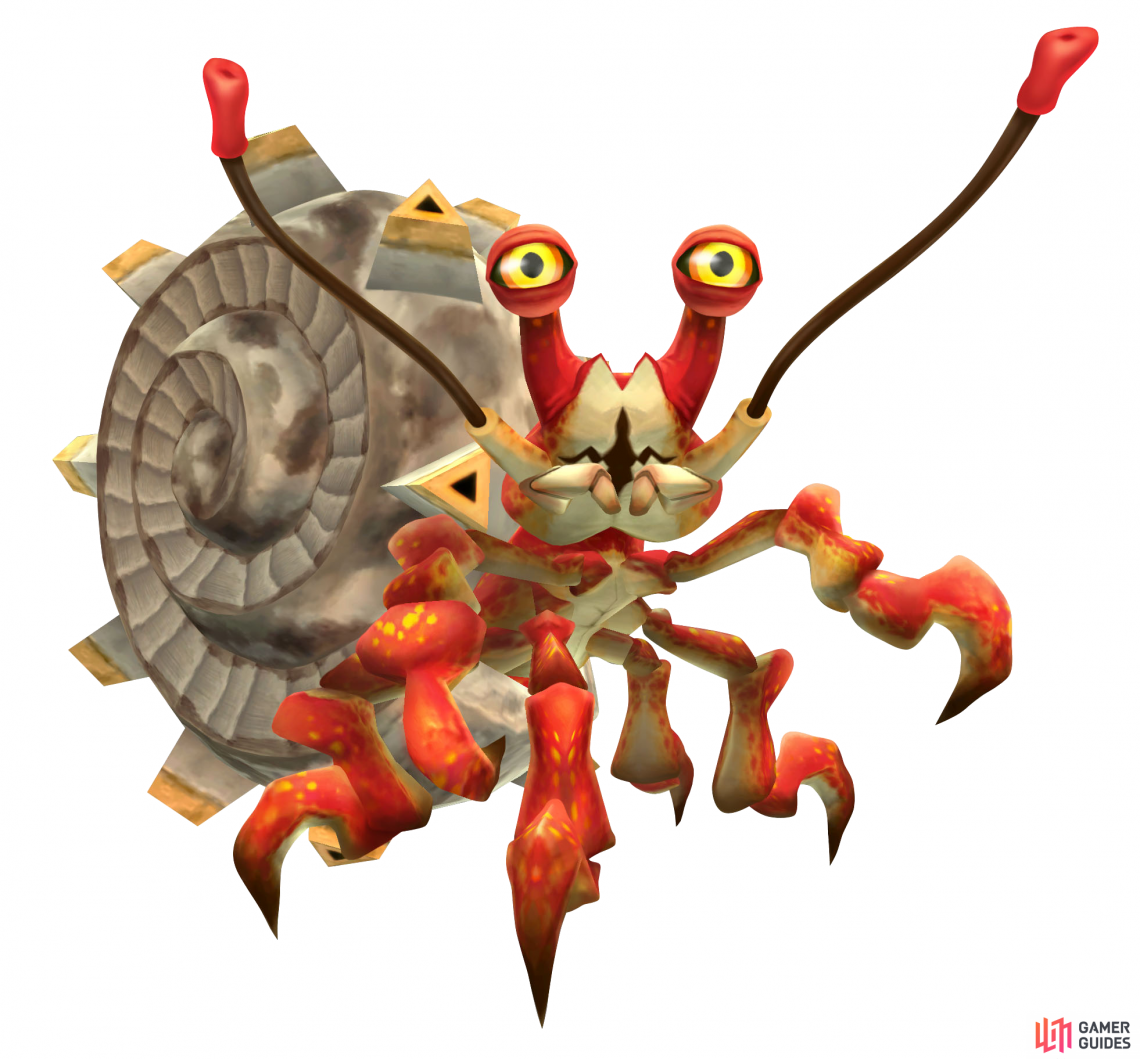 Appearance: A sand-snail, with a red body and grayish shell.

This enemy often attacks with an electric tackle. Shield bash it to stun it, then proceed to defeat it. Aerial Bomb attacks also work. In the cases where the monster was on quicksand, you can temporarily stand on the shell to regain your stamina. Finally, this enemy becomes the Ampilus Egg when it is influenced by a Timeshift Stone.