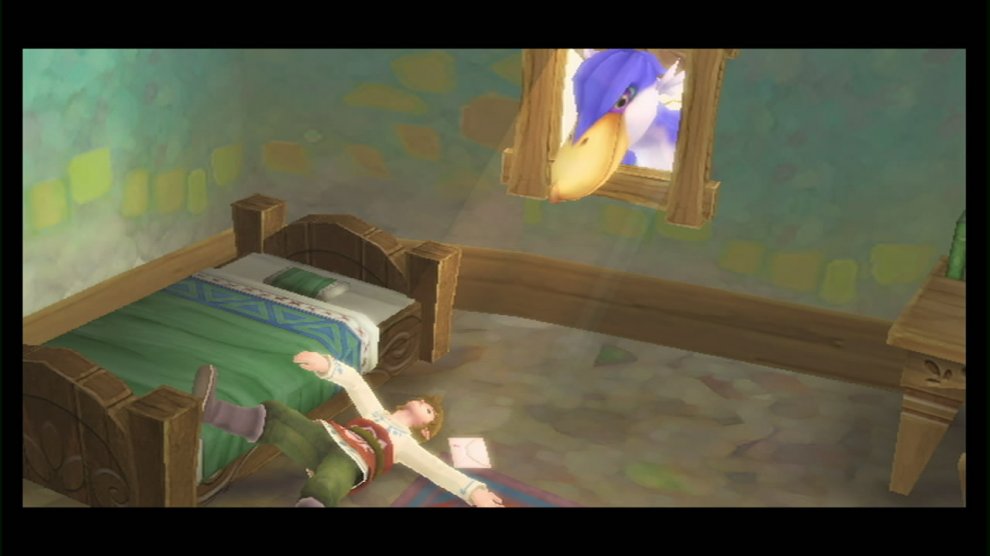 After watching an introductory cut-scene, you’ll notice a group of very large birds, Loftwings, flying around in the sky. You’ll also watch an unidentified girl play a harp a bit before passing a note to her own Loftwing, who flies away.

Meanwhile, the main character, who we’ll identify by his default name of Link, in the midst of a nightmare. He is told of his supposed destiny before abruptly awakened.

Link will receive the letter from the mysterious girl from earlier, who just happens to be Zelda, the Knight Academy’s Headmaster’s daughter. It seems that the Wing Ceremony, a graduation exam of sorts, is today and Zelda wants to see you beforehand.

You’ll then obtain control of Link. You are in your room within the Skyloft Knight Academy. Check the large cupboard to find a Blue Rupee (5 Rupees) , then leave via the door to the first floor hallway. If you go towards the stairs, Pipit, another knight-to-be, will halt you. 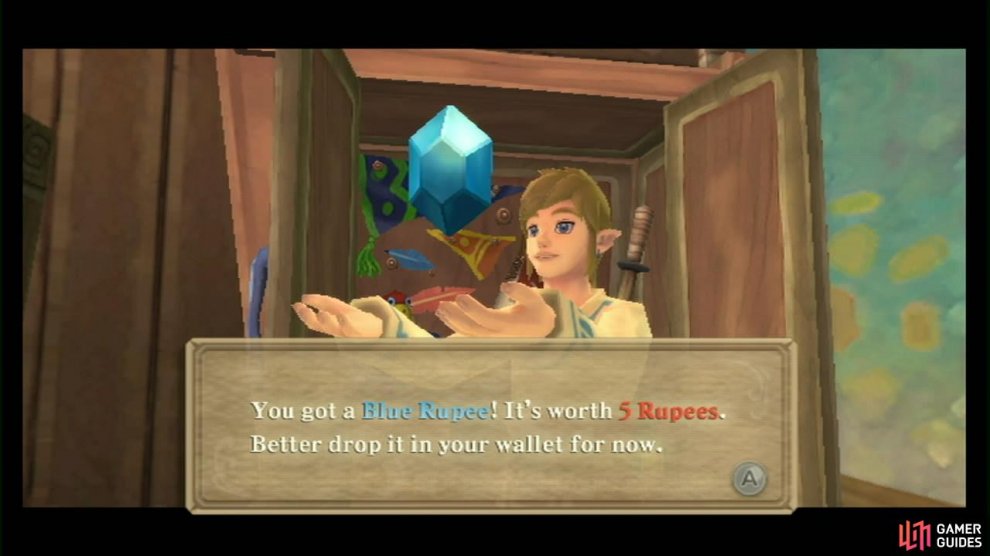 Go down the hall in the other direction, still on the first floor. You’ll find Fledge in front of two barrels. Speak with and agree to help him. After this, pick up a barrel and carry it into the kitchen nearby, being sure to put the barrel down when your green stamina gauge is near empty. Once the barrel is near the old woman, speak with Fledge for a Red Rupee (20 Rupees) . Go through the nearby double doors to exit the building. 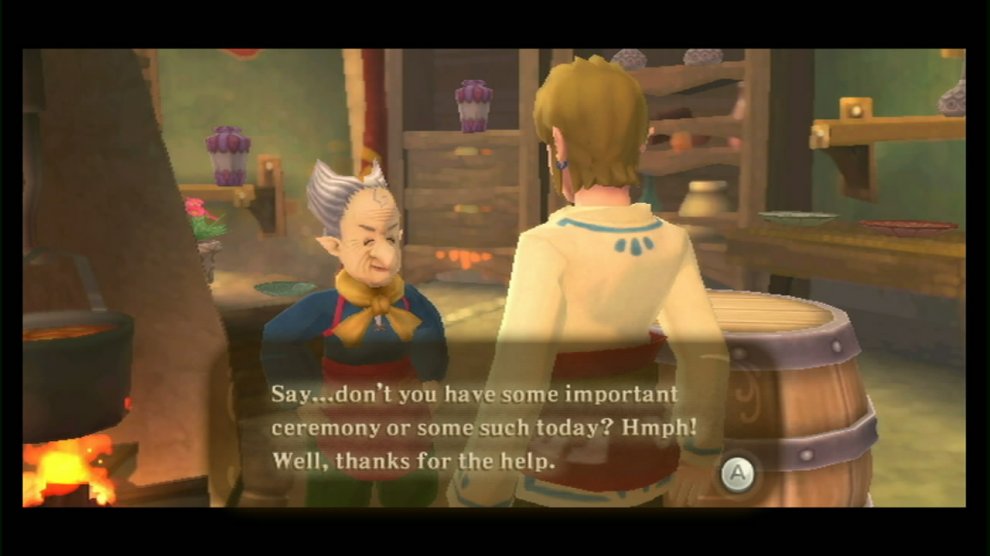