Back outside, utilize the nearby Bird Statue and go along the linear path. Soon enough, you’ll find Zelda. After the scene, go further along the path to find your Loftwing, imprisoned by the wooden boards! Go to your Loftwing’s confines and cut down the ropes fastening the boards to the wall. 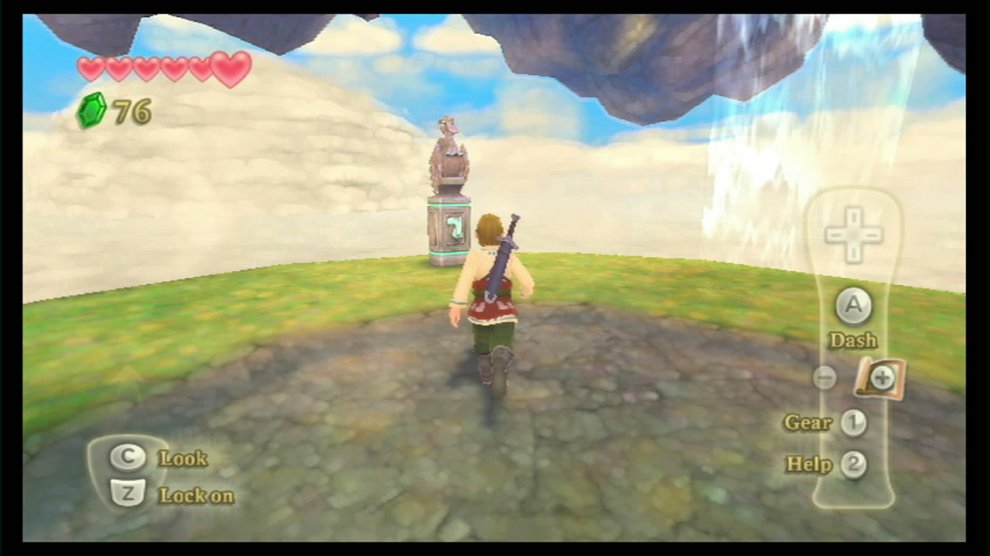 Your Loftwing will soon be freed! This time, Zelda will have you jump off the ledge, without pushing you, and then you’ll summon your Loftwing. To do so, press Down on the D-Pad when you have control when falling. You’ll then learn how to control the Loftwing.

Basically, the Wii Remote is like the Loftwing, to a point. The A button will have you do a charge/tackle. Down makes you drop off. You can slow down with B. Swing the Wii Remote up and down to repeatedly flap and gain altitude, and then you can do a semi-nosedive to gain speed.

After getting acquainted with your Loftwing, you and Zelda will head back to Skyloft. Zelda will leave for a few moments, and, soon following, Groose and his gang will torment you a bit longer before the Wing Ceremony. Learn the rules of this competition: basically, chase after the golden-feathered Loftwing and grab the Bird Statuette it is towing along. 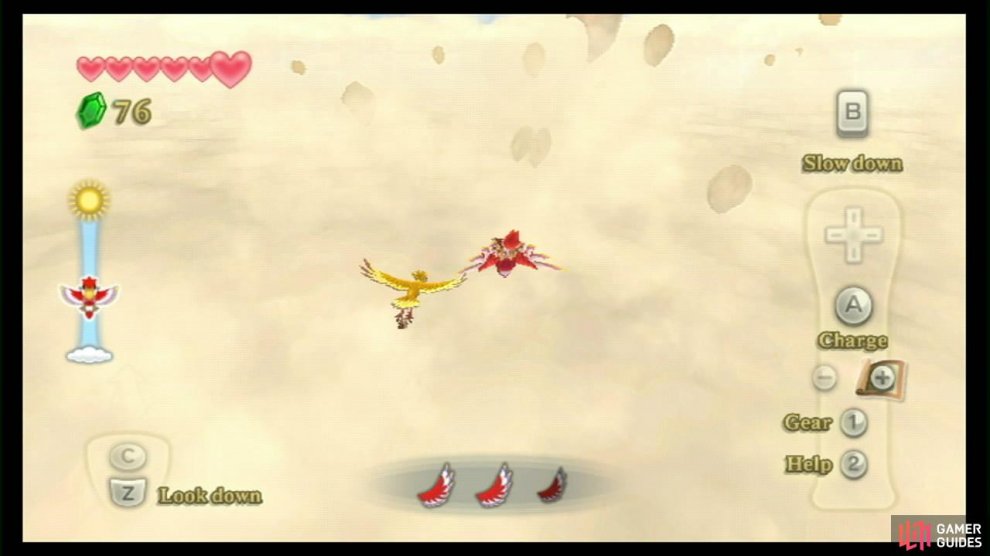 This task is easier than you think, mainly since no one else really will grab it. After trying for the Statuette once, you’ll get eggs thrown at you. shrugs Not much will happen; it ends once you charge the Loftwing for the Bird Statuette.

And so, atop the Statue of the Goddess, Zelda and you will complete the ceremony. During this, Zelda will hand you a hand-woven Sailcloth, which is, in essence, a parachute. After this, Zelda will push you and you are to land in the circle below using the Sailcloth. 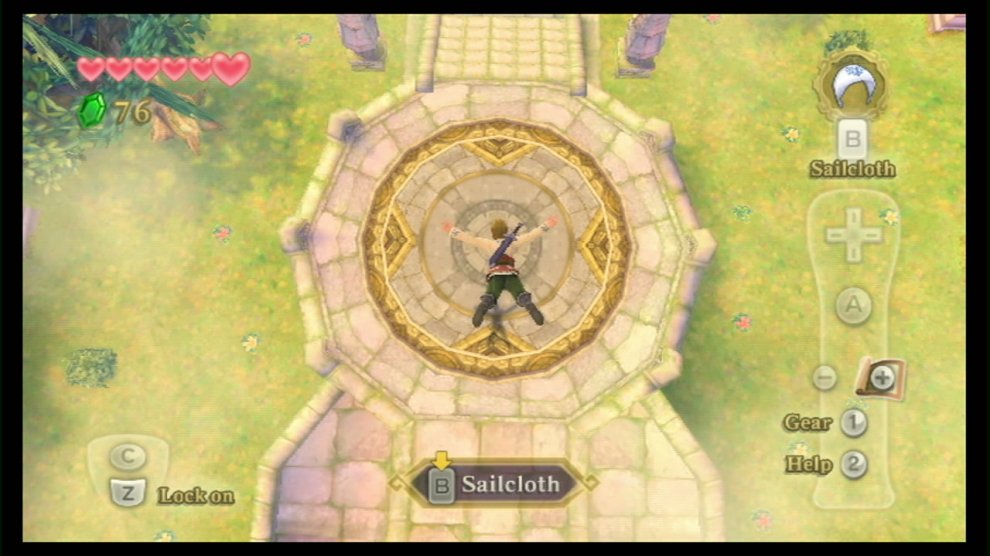 After this, you and Zelda will fly around a bit. After the conversation gets a bit … something, a black tornado appears knocking Zelda into the clouds far, far below you…