Upon arriving, go to and utilize the Bird Statue. Afterwards, follow the nearby path to find a mine cart. Using your Slingshot, look up and blast the Timeshift Stone on the outcropping. This does the usual stuff, in addition to making some bridges for the technologically-advanced mine carts and having you defeat a Technoblin. Defeat the aforementioned enemy, then grab the Ancient Flower that appeared nearby. 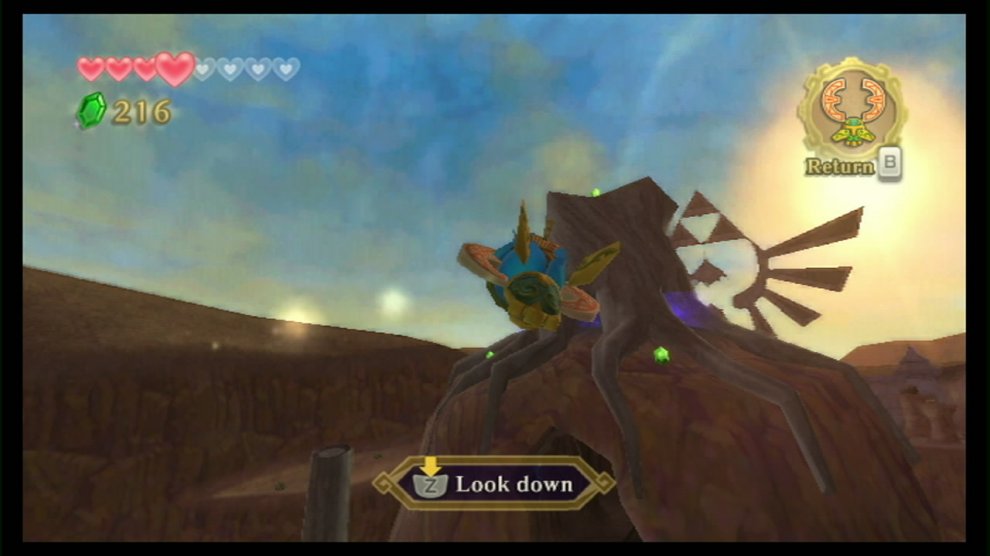 Jump into the next mine cart and go through the central structure. Continue westward to the Temple of Time entrance, which has somehow been damaged, preventing entrance via this method. Speak with Gorko, who is nearby, to learn of just what occurred here. Afterwards, use the Hook Beetle to drop some Bomb Flowers onto the rocks on the high pillars to the north. Beneath one set is a Timeshift Stone; activate it once you find it. 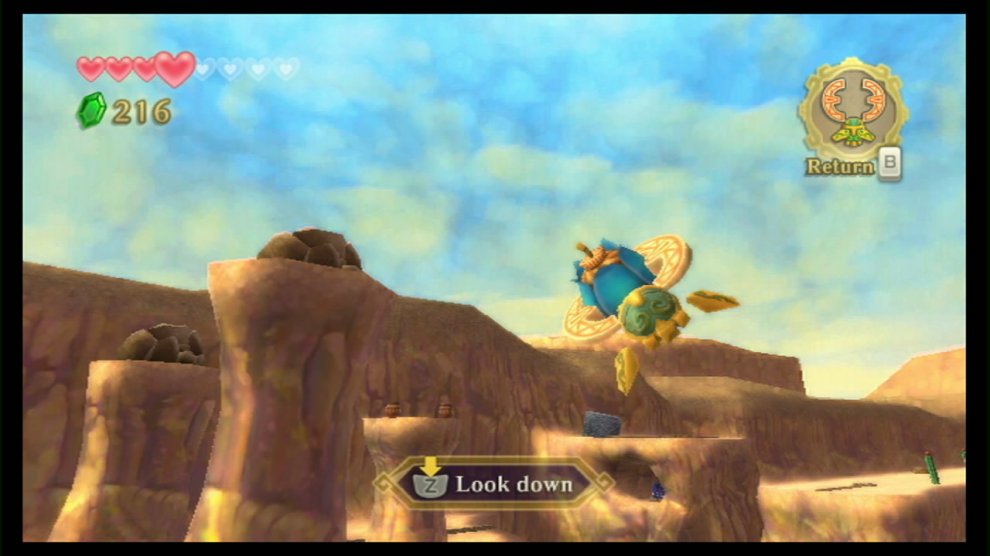 Defeat the two Technoblins that appear and speak with the robot you saved. You then learn of the Lanayru Mining Facility, an alternate connection to the Temple of Time. Your map is marked with the entrance, as well an “updated” map (it is the map from a millennium ago; the gray markings in the large area mark places in the quicksand you can walk on).

After this, get onto the nearby track and face east. Launch your Hook Beetle into the alcove nearby and activate the Timeshift Stone. Then get into the mine cart and immediately begin charging up a Skyward Strike. As you go along the track, you’ll pass by a Goddess Cube; hit it. (You can retry if you miss; just get back in the cart.)