Once you’re inside, you’ll watch a scene between the old woman from long ago and Groose. After Link walks forward, you’ll be given a tutorial on how to play the Goddess Harp. You press Up on the D-Pad to take it out, then hold A while waving the Wii Remote around to play the notes. Play it in time with the old woman’s braid – you’ll know you’re doing it right if more lights pop up; trust me, I prefer going by that than the actual music. :P 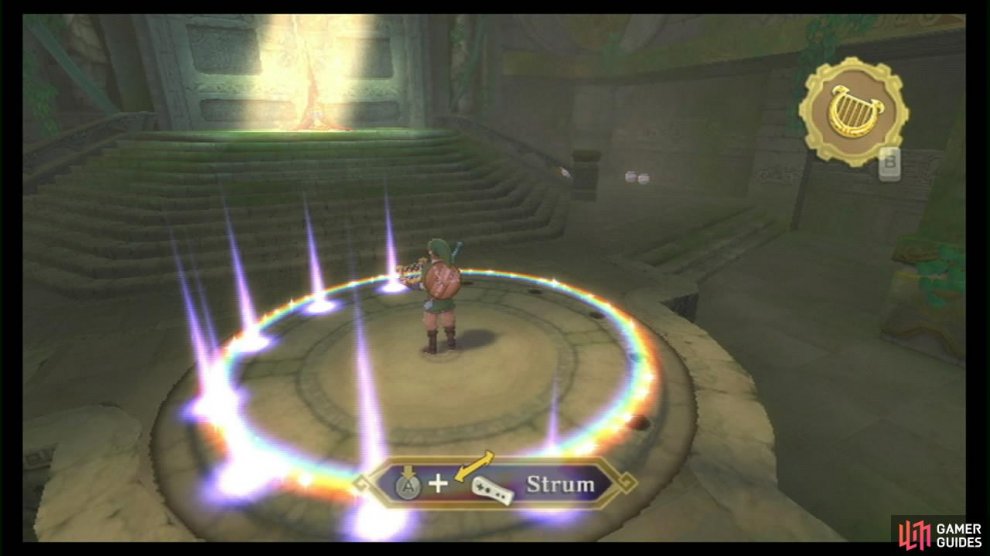 After the tutorial, you’ll have learned a song, the Ballad of the Goddess. By having played the Ballad, a large stone monolith, the Gate of Time, will appear in the temple. You’ll converse some more, after which the area shakes and the old woman will tell you to go to the bottom of the pit outside. Leave via the southern door, but save first!!