Upon landing, the robot will remind you that you are to get the sea chart from his shack atop the high ledges. After the conversation, go forward and save at the Bird Statue. Then go to the right, Bombing the Electro Spumes as you go. At the end of the path, look up and Clawshot onto the higher ledges.

Upon landing on your platform, kill the Deku Babas and look up to find a Peahat which, unlike most, if not all, previous Zelda games, is completely harmless and is really only an aerial Clawshot target. Clawshot to it and to the next ledge. Defeat the Yellow Chuchu atop said ledge, then Bomb down the nearby wall to find a small tunnel. Defeat the Yellow Chuchus along the way. 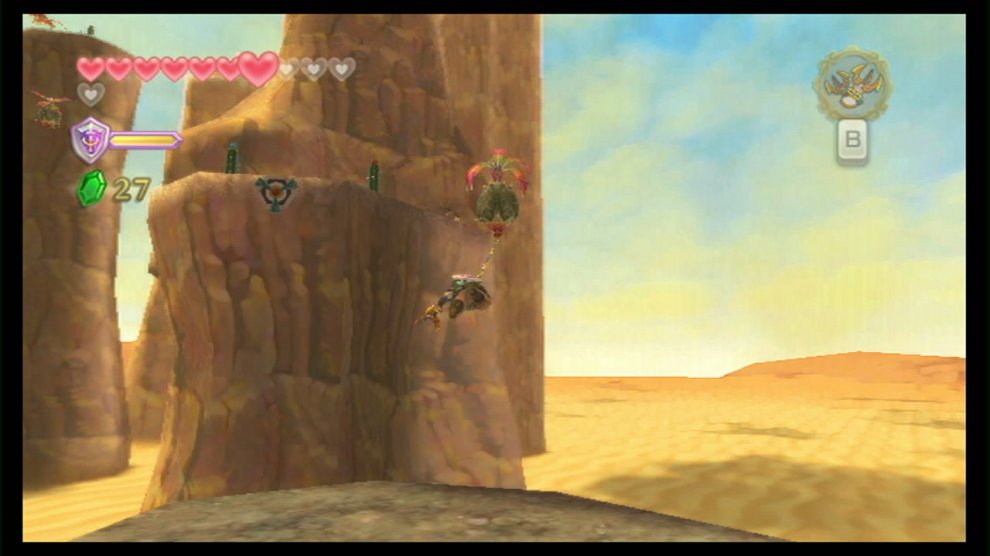 At the end of the tunnel, Clawshot the Peahats and the Clawshot targets to get much higher than before. Ahead of you, you’ll find a Moblin with a shield on the bridge. Dash at it and use the shield like a wall to jump over. (You can now more easily kill this obese beast, but it will still take a minute or two.)

Anyhow, on the ledge you’re now on, defeat the Quadro Baba and open up the chest nearby for a Red Rupee. Next, you’ll find a Goddess Cube on a ledge to the south. Clawshot to the vines from the first aerial platform, climb to the left and Clawshot to the next ledge, then climb onto the platform to find the Goddess Cube. Hit it with a Skyward Strike, then backtrack to the Red Rupee chest’s platform.

Hit the Clawshot target to the north from there to find a plant in the ground. Use your Whip to pull out the Peahat. Hit it with the Clawshot, then Clawshot to the northern inanimate target. Climb onto the platform and deal with the nearby Furnix if you deem it necessary.

Go to the top of the hill and look ahead to another Clawshot target. Ignore it for the moment and launch the Hook Beetle to the target, about level with the outermost ring of the target, so as to cut down the Deku Baba hanging from the ceiling.

Afterwards, Clawshot the target and continue to the next ledge. Defeat the two Furnix nearby, then Clawshot to the nearby Peahat. On the other side of the rocky structure is another Peahat; Clawshot to it when possible, then to the next ledge across the gap, where you end up finding your destination. 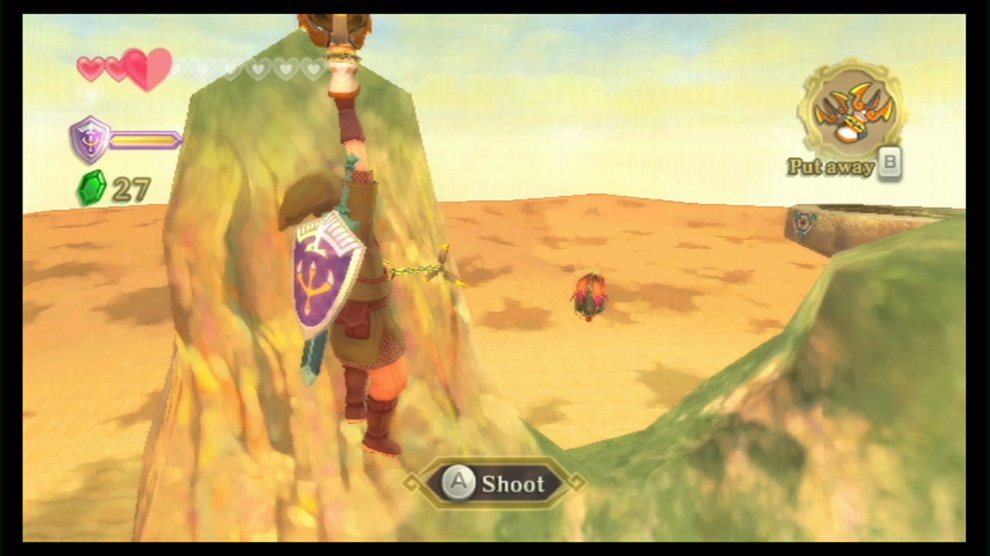 Here, you can climb up to the roof to find some Sand Cicadas with the Bug Net. Grab some if you want, then enter the shack. Inside, use the Gust Bellows to remove all of the sand, which reveals a bunch of Arachas, some Rupees, a few pots, three Amber Relics , and a chest. Open this chest to find the Ancient Sea Chart. After this, Fi will make you look around the room for a second. Use the chair nearby to recover some hearts, then exit the building.

Next, look around the ledge to find a dark wooden platform. Dash jump off of it and aim for the chest a long ways down. If you successfully make it, open the chest for a Silver Rupee . Either way, go around the platforms and use the zip-lines to get down to the bottom. There, utilize the Bird Statue and speak with the robot. Your map will be filled in (with 1,000-year-old data). 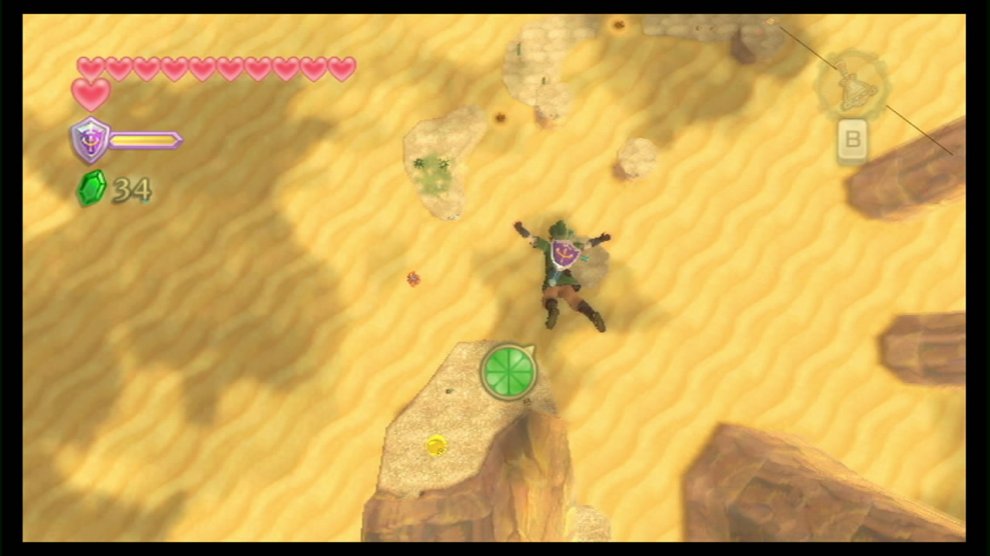 Next destination: the Shipyard.