Back home, do some stocking up and/or upgrading at Beedle’s shop and the Bazaar. Do other desired sidequests, as well.

Once you’re ready to continue, go to the second floor of the Knight Academy and speak with Headmaster Gaepora in his room about the Triforce. It seems that he won’t be much help with this matter; however, he does suggest that Owlan may know something about Levias within the Thunderhead. Go speak with Owlan. You then will learn that Levias has recently become possessed by some kind of monster. 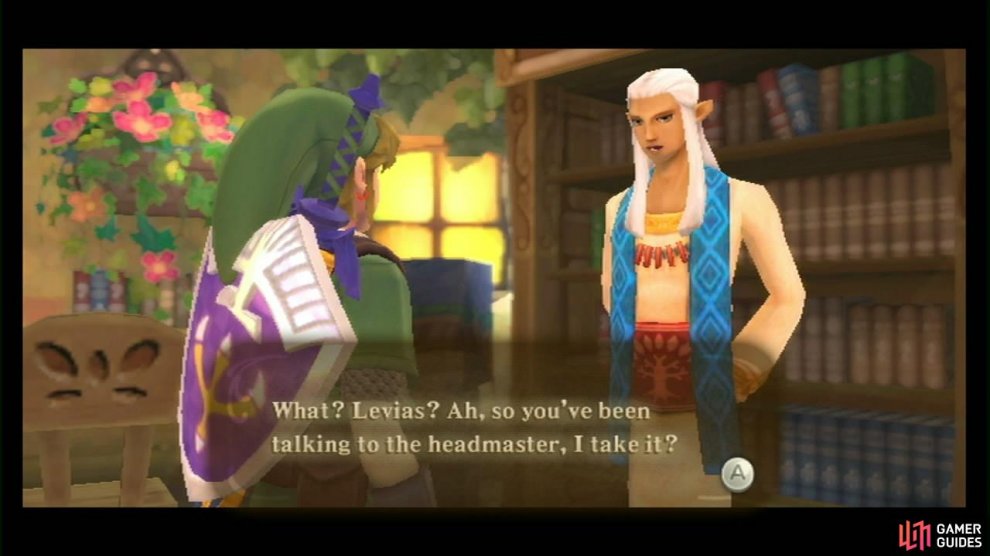 Owlan will agree to instruct you on a new charge, the Spiral Charge, for your Loftwing for use in the upcoming battle with Levias. All you have to do is a normal charge. You are then to hit 10 of the targets in the sky within two minutes (one per 12 seconds on average). No real strategy here - practice makes perfect, which is the whole point of this required exercise. 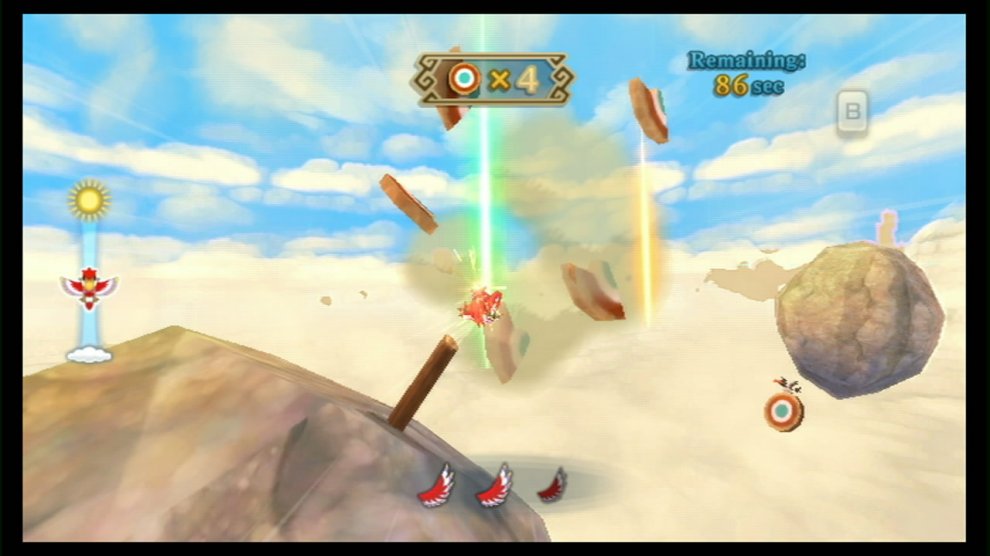 Afterwards, you are told to go to the Lumpy Pumpkin because its owner makes a yearly offering (of pumpkin soup) to Levias. Use a platform and start flying. Head southeast to the Lumpy Pumpkin. If you’ve never been there, it is the island with a massive pumpkin on it functioning as the main and only building.