After diving into the massively-extended Lake Floria, you’ll find the Kikwi Elder, amazingly enough, on a lilypad near the Great Tree. Speak with him if you want, then start swimming to the northern portion of the tree and go to the bottom and through the hole to the tunnel in the Great Tree.

Here, go along the path to the big room, grabbing air bubbles when possible, then swim to the top. Make landfall on the nearby ledge to speak with Faron, who ends up revealing (I think) that SHE flooded the land, albeit for a good cause. Anyhow, to get her portion of the Song of the Hero, you’ll need to complete a task – collect the many Tadtones she scatters outside the Great Tree to actually complete the music to the song. Exit the Great Tree via the nearby exit.

Here, utilize the Bird Statue, then go along the path and run uphill and kill any Bokoblin you find. Head to the northeastern ledge (not the uppermost) and dive onto the lilypad below, releasing a Tadtone.

Now, some stuff on Tadtones. Tadtones are, in essence, music note-shaped fish of various colors. They are generally in a group, although a few are swimming solo. To collect them, you need to spin attack through them. If the Tadtones are part of a group, you have limited amount of time to gather another in the group before having to start the group all over (the time is about three or four seconds). I’ll now be detailing how to get to them using the pseudo-bullet method I’ve been using for the Silent Realms.

– Remember that yellow Tadtone you freed moments ago from the lilypad? Grab it. 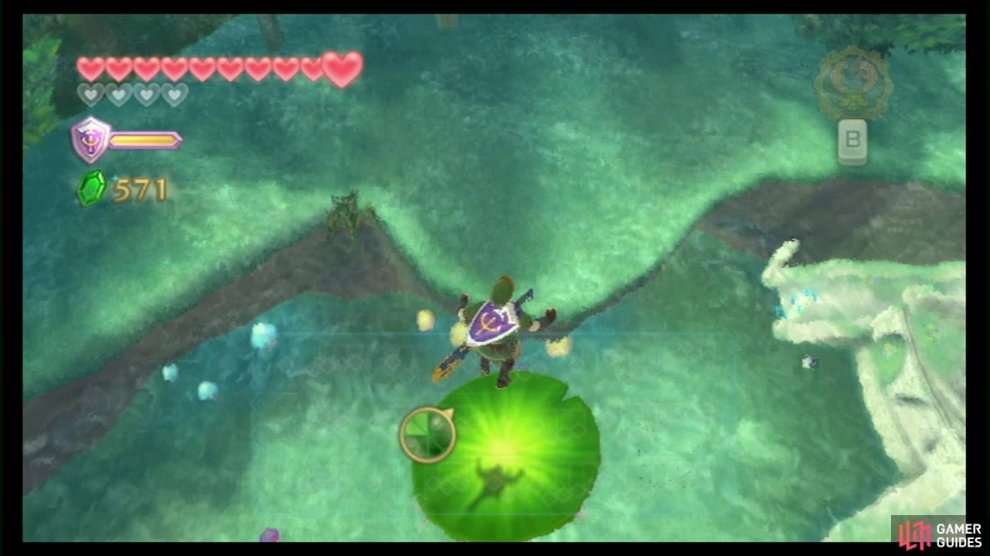 – Go northeast for some light-blue Tadtones arranged in a circle. 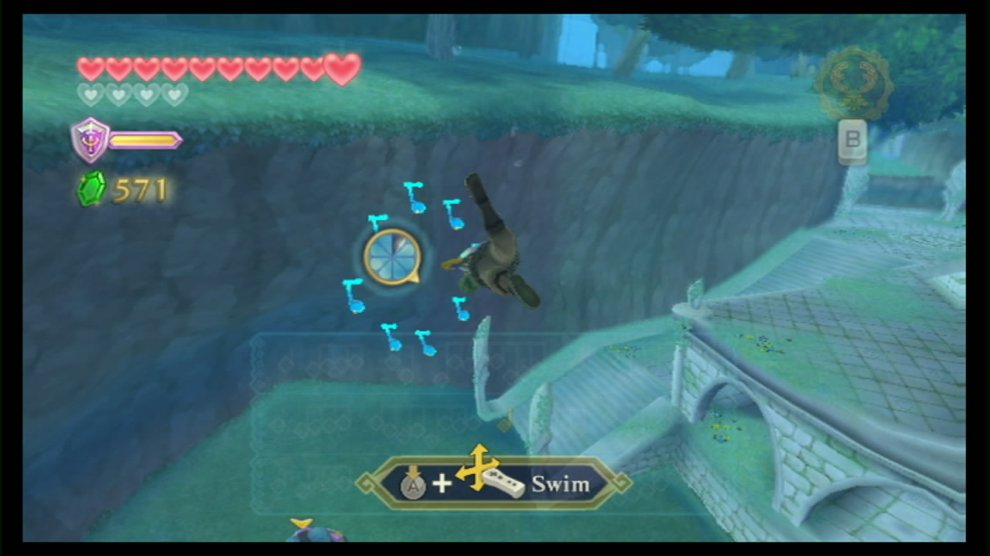 – Go to the viewing platform of the temple ruins and go below it. You’ll find four purplish Tadtones here. Go from one end to the other, avoiding the spiky balls as you go. 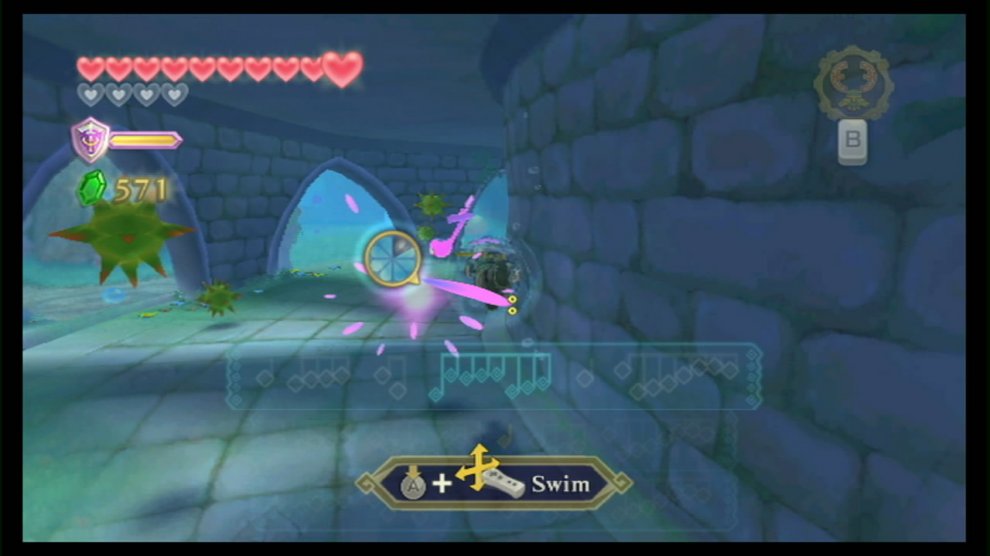 – Go south from there to find a red Tadtone along the ground. 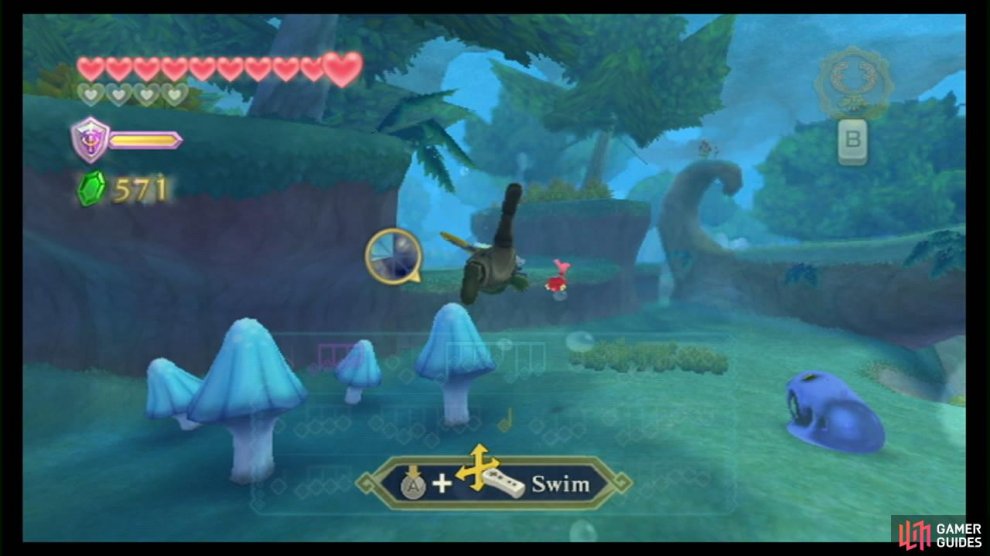 – Go southwest slightly to find a narrow tree branch above the ground. A light-blue Tadtone is nearby. 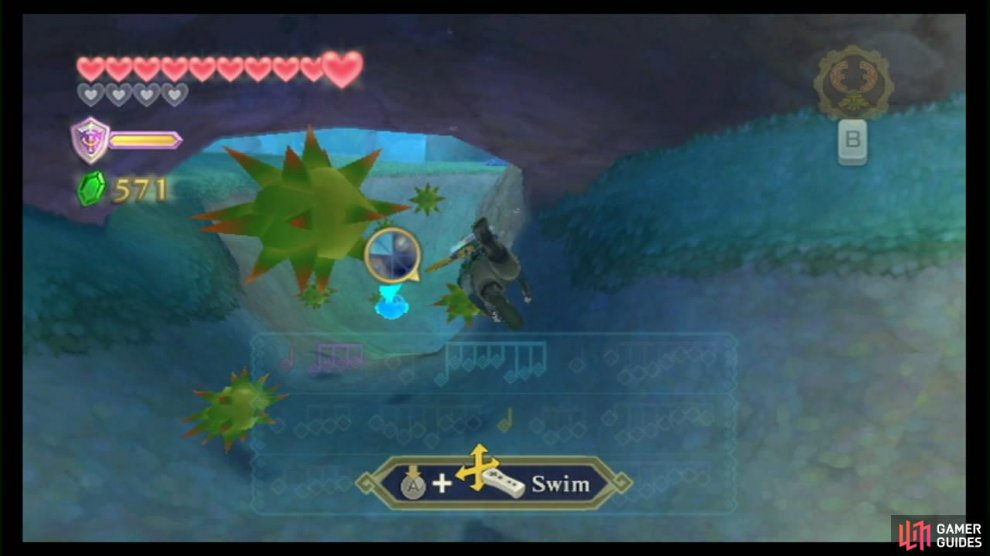 – Go east now to find a circle-shaped path on the eastern portion of the map if you look at it. Look around for the eight Tadtones. This one might take a few tries. 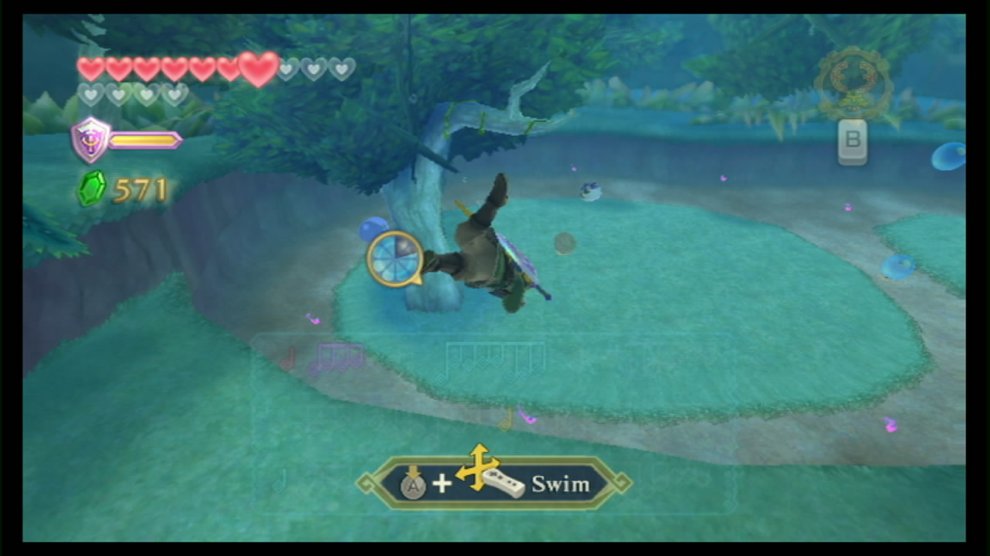 – Go southwest to a hollow structure on the ground. Within it is a blue Tadtone. 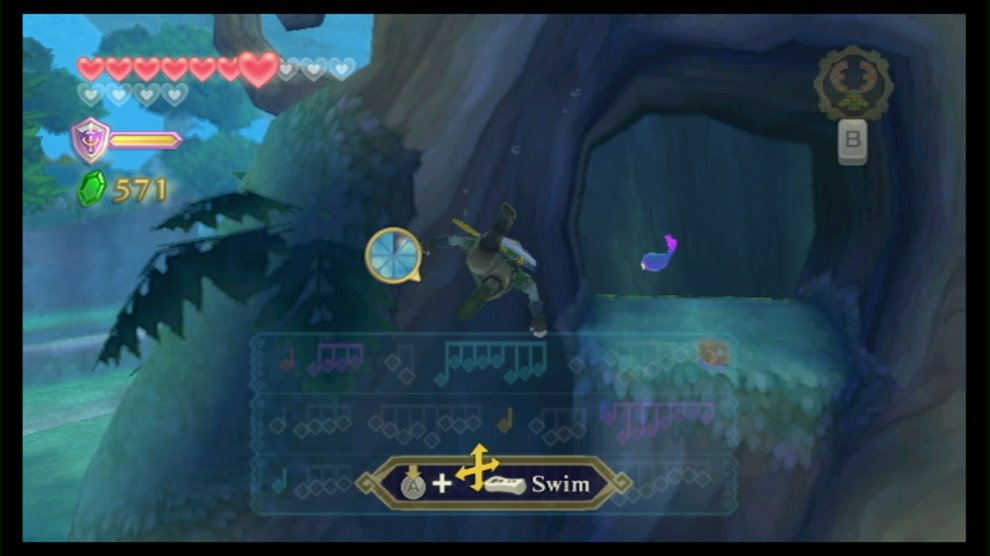 – Go east from the structure mentioned above to find four yellow Tadtones in a line. Spin attack the middle of the group or get them in a line. 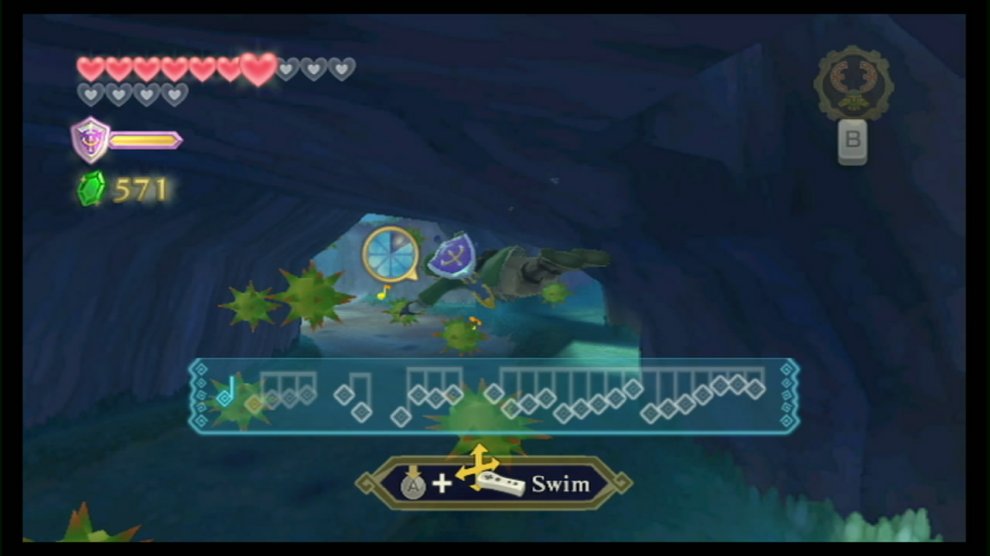 – Go to the south, near the Lake Floria gate, to find four purple Tadtones on the spiral path. 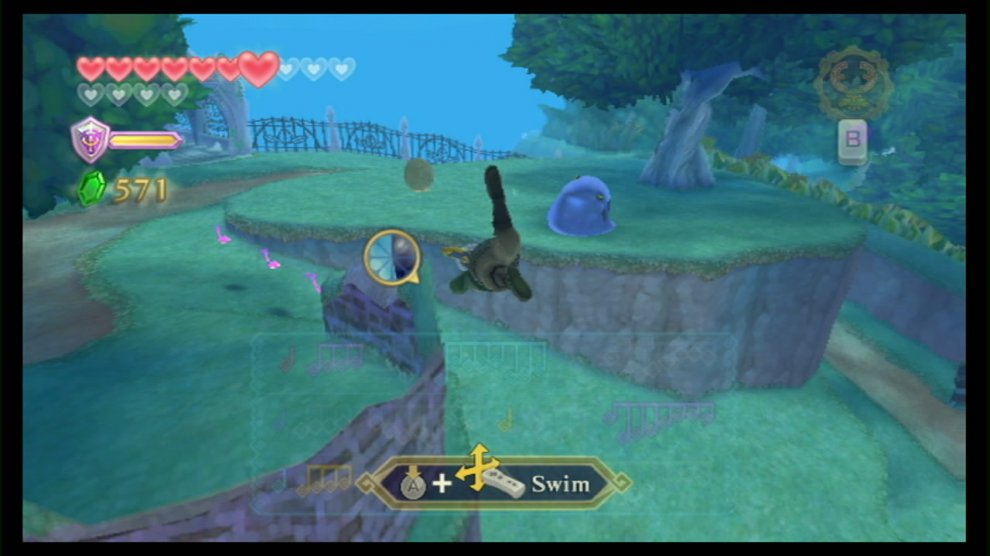 – Go northwest from there to the grassy ground. There are two red Tadtones here, each in a separate grass pile. You’ll probably want to utilize the fact that the spin attack cuts down the grass. 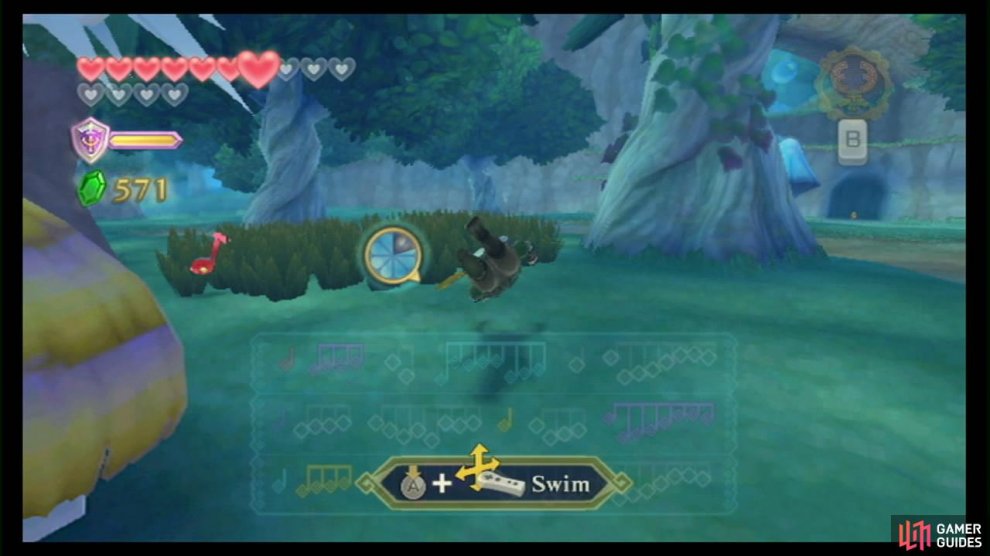 – Go to the southwestern portion of the map now to find a very long passage with fifteen blue Tadtones along it. Be sure to grab an air bubble shortly before coming here. 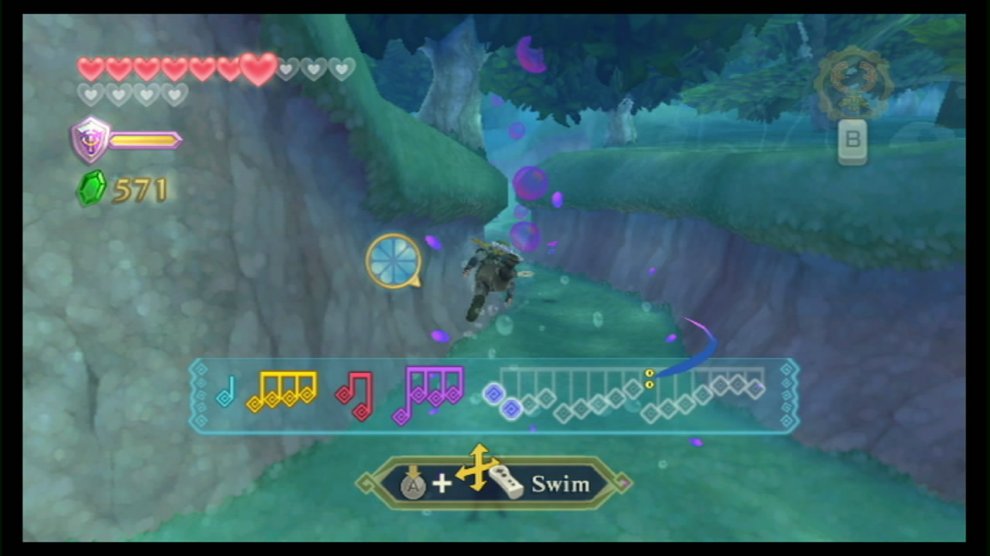 – At the northern end of the above passage, you’ll find a Bird Statue in the vicinity. Go to a different tunnel passage nearby and you’ll find eight green Tadtones along it. 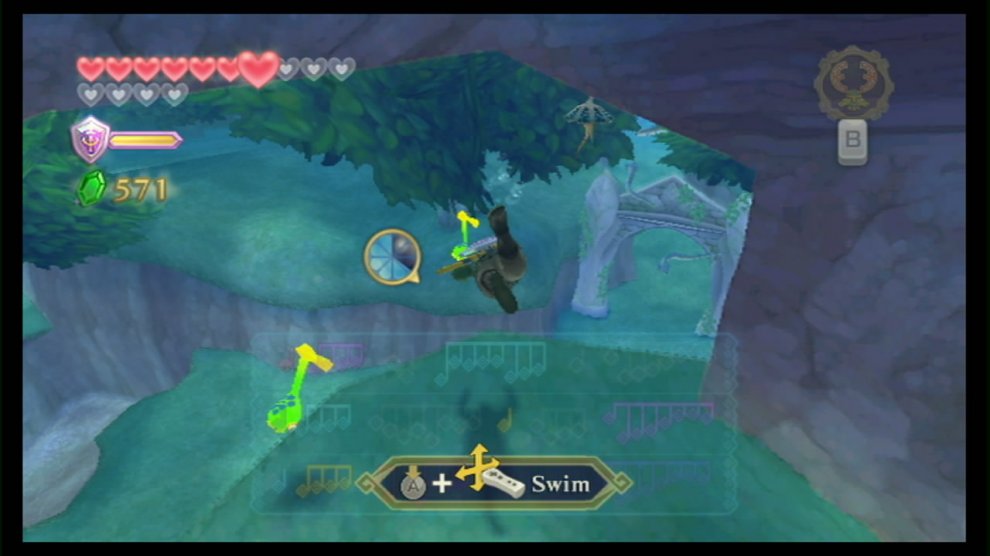 – Go east now and stick to the ground to find four light-blue Tadtones in a circular formation. 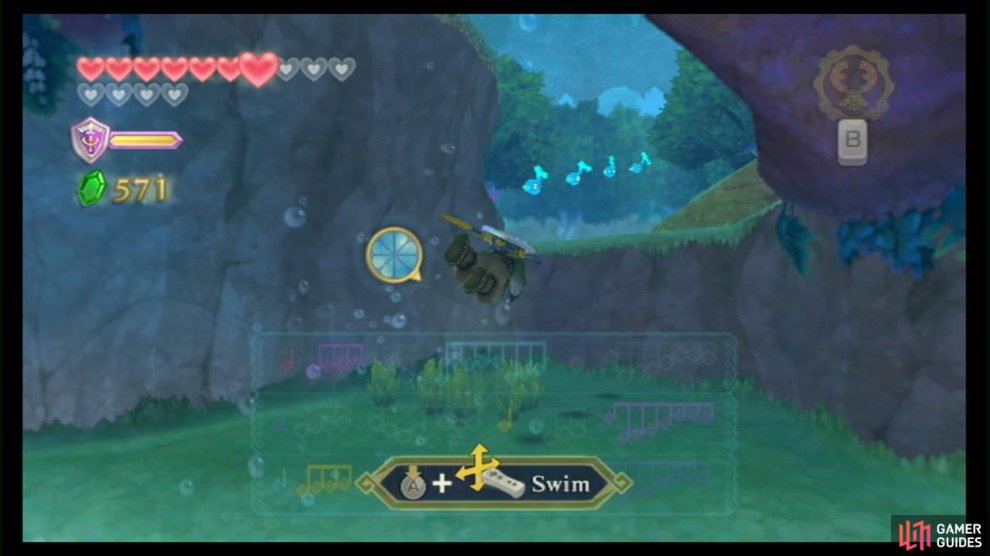 – Go further east to find a similar cluster of yellow Tadtones beneath the Kikwi Elder’s lilypad. 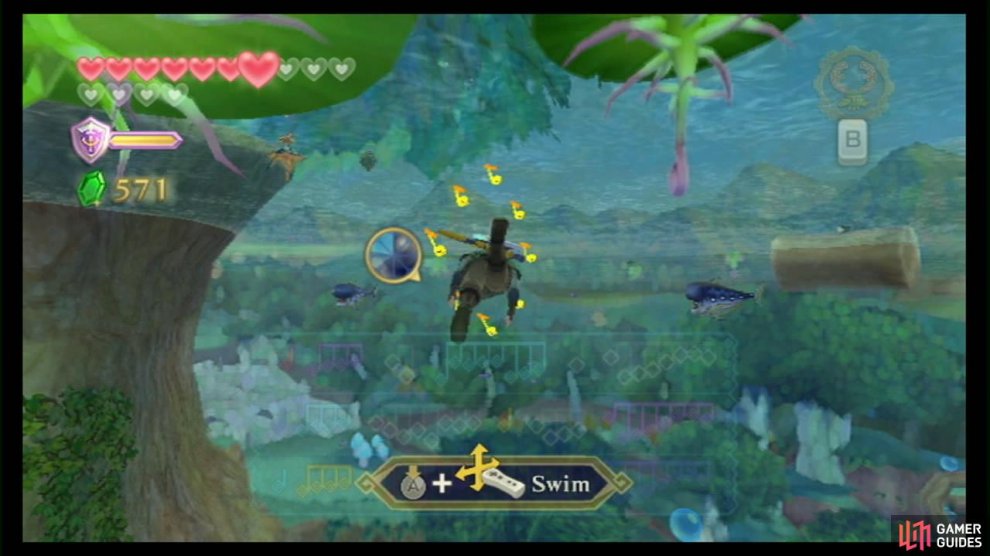 – Go northwest and along the ground path to find two more blue Tadtones. One is on one side of the path, and the other on the opposite side. 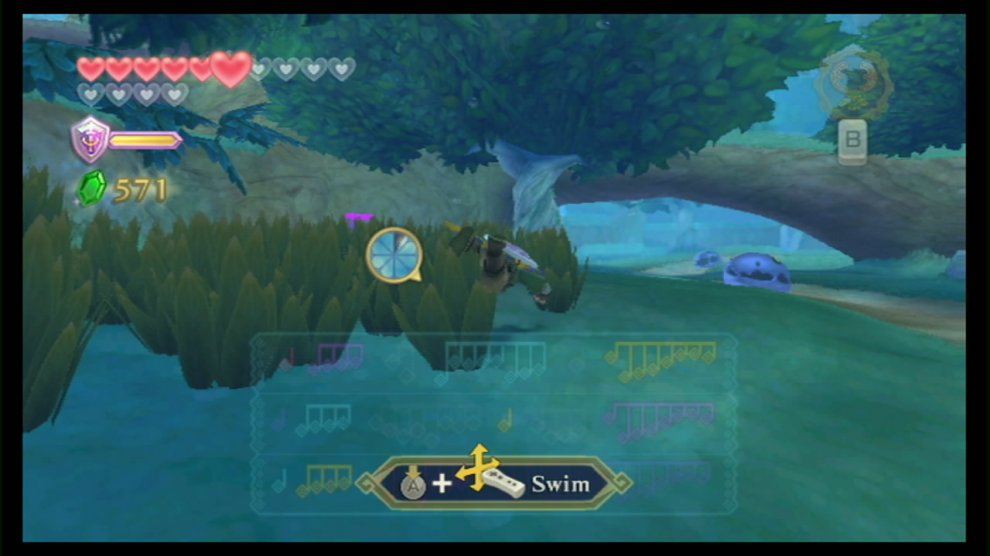 – Go north to find the looping path as seen on the map. There are four red Tadtones around this loop’s area. 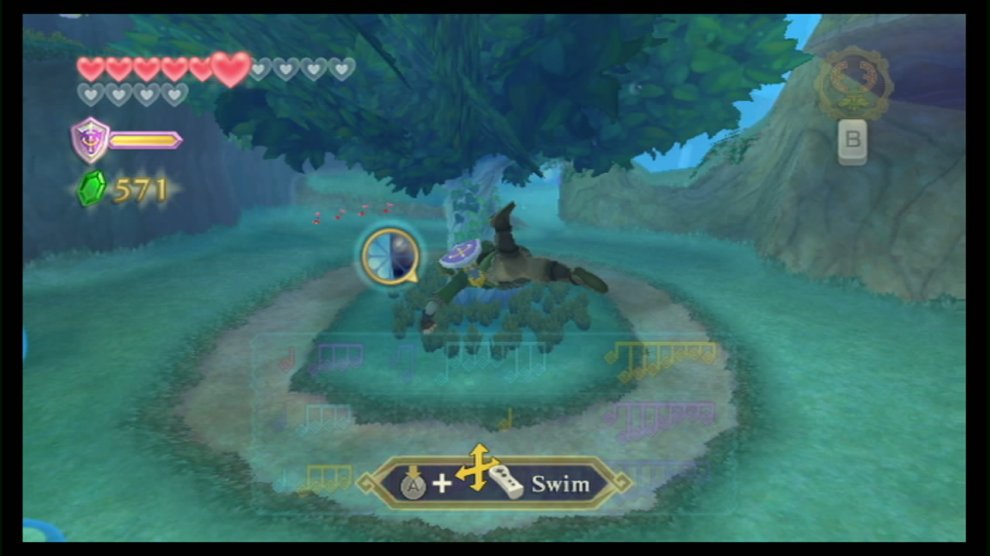 – Go northwest to find a boulder stuck in the wall. Spin attack the nearby Froak into it, thereby removing the blockade and revealing a solo green Tadtone. 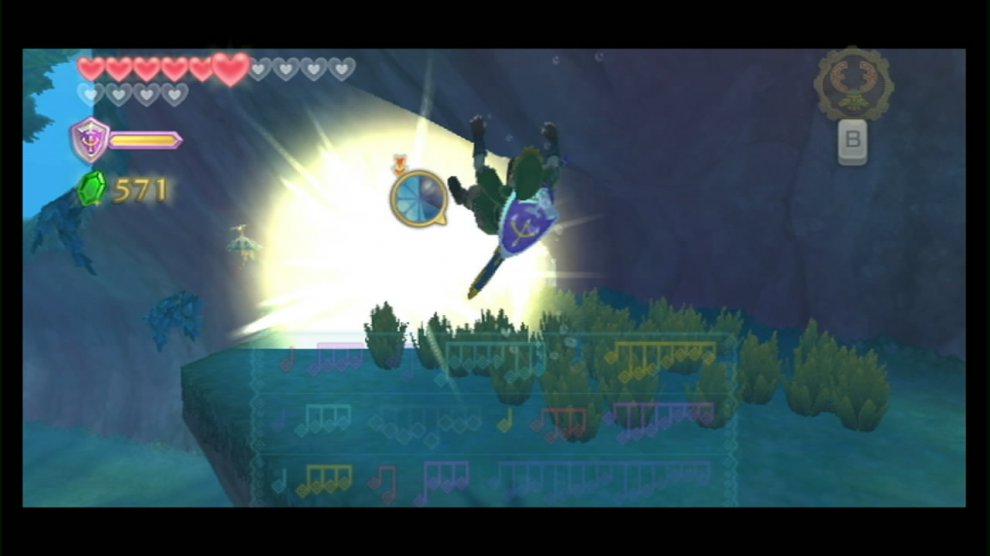 After collecting every single Tadtone, go to the northern side of the Great Tree and to the bottom of the area. Go inside the tree via the tunnel. Go to the top of the tree and surface onto the ledge. Speak with Faron to learn one part of the Song of the Hero, as well as to drain the forest of the flooding.

Since we’re here with new items … I’m going to let you find some more Goddess Cubes. Ascend to the sky and go back down to the “Forest Temple” Bird Statue.