Upon arriving, go forward and open the small chest for … a Blue Rupee . Get atop the ledge behind it and you’ll find your Master Sword ! Pull it out using the on-screen prompts and now we can take revenge on these little beasts with gusto. laughs maniacally

Nearby, you’ll find a Bird Statue and a dig spot. Use or capture the fairy you dig up, then go into the eastern room. Skyward Strike the Cursed Spumes in the lava, then pre-charge a Skyward Strike. Jump onto one of the lava platforms as they come across, then launch your Skyward Strike at the Goddess Cube. Go along for the ride on the platform. The eastbound doorway is temporarily blocked, so go to the northern ledge and go along the path to the next room. There, drop down and thrust a water plant onto your sword. Go to the magma ahead and use a sword attack to put the water on the magma to temporarily create a platform. Use it to go across.

Drop down here and defeat the Fire Keese and Bokoblins that come around. Open the nearby chest to fully restore the rest of your gear in entirety. Cross over to the other side of the room and ascend the ledges. Bomb the blockade to be able to return to the entrance. There, go back into the eastern room and ride the lava platform back to the stairway. Ascend the stairway and go into the next room.

Here, you’ll find a raised drawbridge. Remember that Earth Temple puzzle? Anyhow, cut down the rope on the ledge, then use the Hook Beetle to cut the ropes to the left and right of the bridge. After the bridge fully lowers, go along the path to meet up with the Fire Dragon and to learn the second portion of the Song of the Hero. 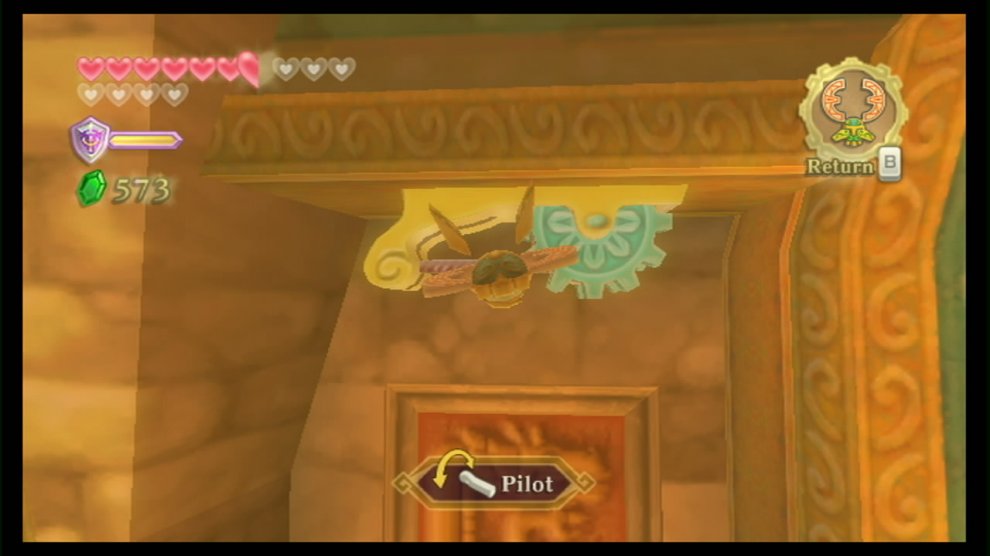 Afterwards, you’ll be outside of the volcano, next to the Earth Temple. Just go ahead and ascend to the sky.