Getting Started in Blood and Wine

The Wild Hunt has been dealt with and you've paid off your debts in Hearts of Stone... ideally, anyways. Either that, or you're taking advantage of CDProjekt's generosity by starting a new expansion-specific game, or you're just skipping ahead. Neither of these latter two options are ideal, considering they'll have left you relatively under-powered and, in the former case, with a poor selection of starting Gwent cards. While not crippling handicaps, the walkthrough for Blood and Wine will largely operate under the assumption that you've been following through this guide's walkthrough of the main game, and hence possess mastercrafted quality Witcher sets and are an appropriate level for the challenges ahead - at least level thirty, but the closer to (or above) level thirty-five the better.

When you're ready to get started, visit a notice board and pick up the notice "Appeal to Sir Geralt of Rivia, the Bridge his Crest", which will start the quest "Envoys, Wineboys" . Make your way to the Stonecutter's Settlement signpost, which, in case you forgot, is southwest of Oxenfurt, east of the Hanged Man's Tree signpost.

If you visited this village earlier in the game, you'll notice that there are somewhat fewer Redanian soldiers lurking around now. Feel free to take advantage of the situation and loot the various containers around, but you'll mostly find garbage within. After you're done pilfering the pitiful possessions of the impoverished peasants, enter the house indicated by the quest marker (southeast of the signpost) to meet some old friends from down south: Milton de Peyrac-Peyran and Palmerin de Launfal. Alternatively, you may find the knights standing outside, promising a group of peasants to rid them of the bandit menace - a task the peasants don't seem to favor very much. In this case, you need merely approach the gathering to enter into a conversation with the knights.

Chivalry is clearly not dead in the south, and neither is elaborate, fancy armor, it seems. They'll promise to explain why they posted the notice that lured you here after they express their knightly virtues. Respond to their knightly inclinations as you wish: if you say "Lemme help you with the bandits." you'll wait until morning for some Bandits (level thirty-five) to arrive. Palmerin's admonitions fall on deaf ears, however, and a fight inevitably breaks out, which shouldn't be the least bit challenging, considering you have two strong knights at your side. Alternatively, if you tell them "Get ride of these bandits, worse ones'll come in to replace them." to hit them some harsh truth about the state of affairs in the north, which will make them abandon the adventure and proceed to the matter at hand. 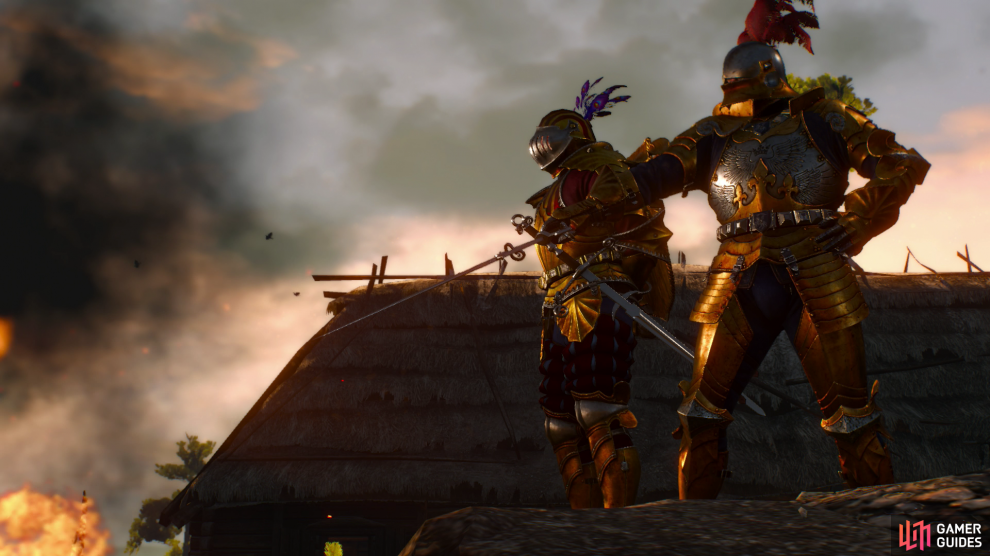 After you defeat the Bandits (or talked the knights out of the encounter) they'll read a heavily paraphrased request from Duchess Anna Henrietta, imploring you to come slay a beast that's been troubling the nobility. On the eve of a tourney, no less! Lands and riches are promised, and all in all, it's a pretty enticing offer - almost desperate, really. Ask some questions about the beast and the upcoming tourney, then, if you fought the Bandits, tell the knights you "need to think about it" so you have an excuse to go loot them. At this level, even mundane arms and armor should fetch a decent price, and if there's one thing you're going to need in Toussaint, it's gold. You can also loot the house they knights were staying in to obtain the three Drawing of the beast of Toussaint notes. When you're ready to leave the troubles and gloom of the north behind, accept their overly-generous contract. 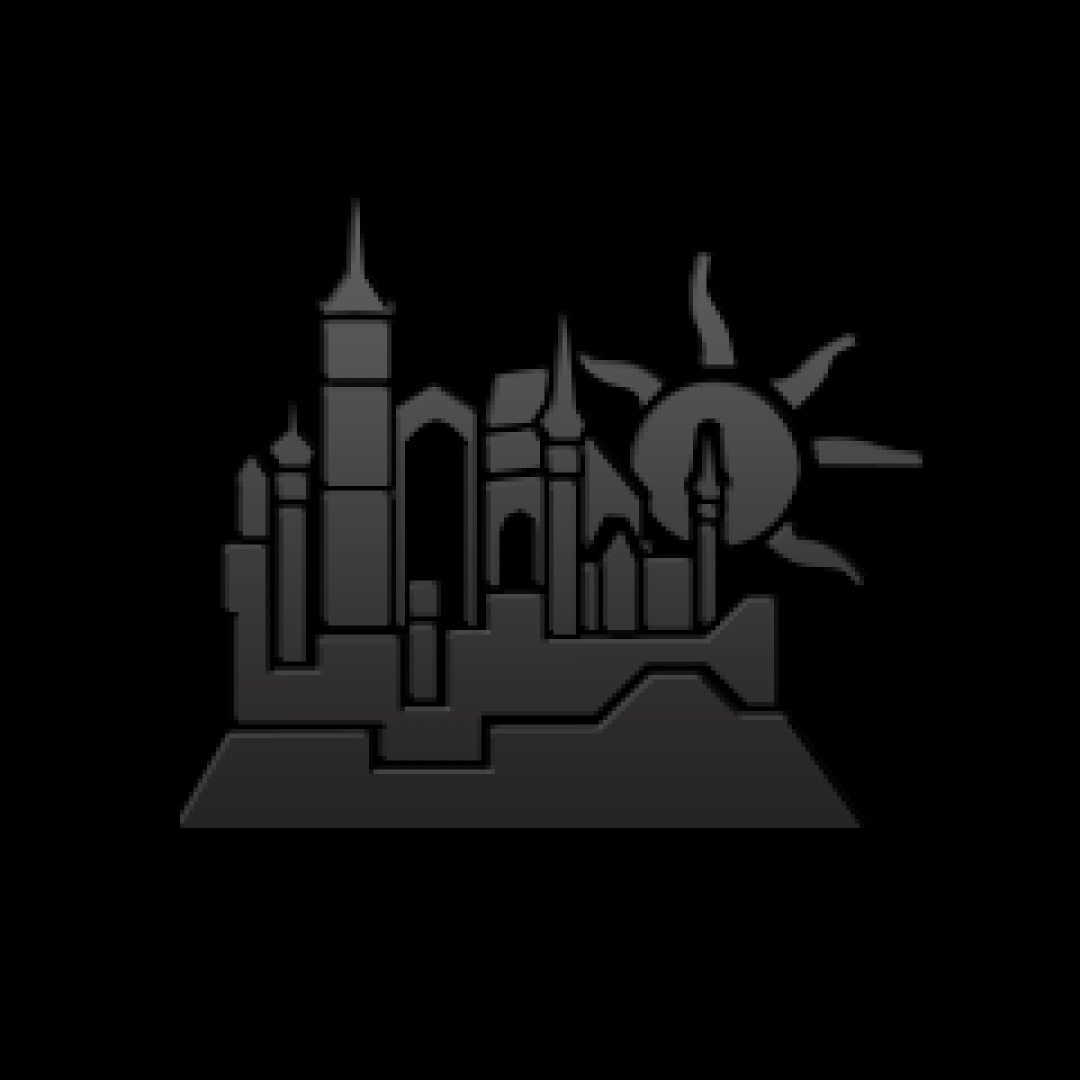 Travel to the Duchy of Toussaint. 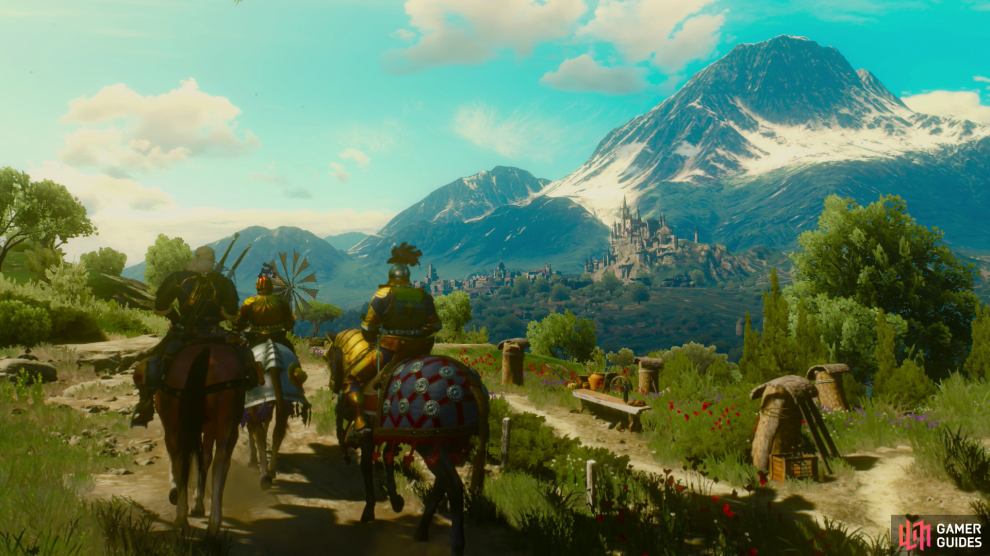