The Plays the Thing (Level 11)

Alright, you've cleared enough side-quests in Novigrad for now, it's time to get back to work on the matter at hand - rescuing Dandelion. Head to the Kingfisher and talk to Priscilla about Dudu, which will end with Geralt agreeing to do another task he's not really suited for. Discuss the direction of this enterprise with Priscilla and make the only the only decision that matters; is the play going to be a drama or a comedy... and even then, it only matters so much. After Priscilla writes up the script, you'll be sent off on a task that you're actually somewhat suited for - delivering the script to one "Irina Renarde".

Leave the Kingfisher and return to Hierarch Square, from which head to the road running along the southern end of the square and follow it east, turning south at the first opportunity. Head up to a door, near which a Ticket Seller has set up shop, and will charge your 50 Crowns to get inside. Pay the extortionate rate and head inside to find - and talk to - Irina, who will tell you about more steps you need to take. Joy. Oh well... if you can't do the creative, at least help with the organization.

Let's start out with the closer of the two objectives; the jugglers from the Puffins, who are holed up in a house just north of where Triss used to live. Head back out the way you came and from the door leading to the theater, and from there make your way down a street to the east, ignoring the Preacher bad-mouthing Witchers. From this mob head up the road to the north - the first road north that's east of Hierarch square - then take the first right, and continue north-east through an arch, around a building and past some stairs to reach the building where the Puffin's dwell.

Once you enter the building you'll be rudely greeted by the troupe, who assume you're another thug looking to take coin they don't have. Seems the cult of the Eternal Fire doesn't have a sense of humor and took offense at one of their performances. Religious folk without a sense of humor? Say it ain't so! Agree to drive off the church's thugs in exchange for their services.

Leave the Puffin's house and head east, where you'll find a group of Bandits loitering about. After they say some nasty things about your heritage, you can either pick a fight with them (kill one of them and the others will leave), pay them to go away (50 Crowns... except they don't leave), or use the Axii Sign on them... except it only works on one of them, and the other two attack you. Yeah, you have to get your sword dirty no matter what. Once you drive the thugs off the Puffins will thank you and promise to live up to their end of the bargain.

Travel to the western edge of the docks district, where you'll find a group of rowdy seamen. Heh. Talk to a muscle-bound ruffian named Sofus the Bull and listen to him talk about his dubious credentials, then either offer to box him or just pay him 70 Crowns for the job. If you do the former, they'll instead decide to box you; if you win against two of them, they do the job for free, if they win, you pay them double. Whatever you do, get their services and return to Irina.

To Catch a Doppler...

When you talk to Irina you've got one last thing to do before the play begins; iron out the final details of the play by choosing the actors. If you pick Priscilla and Aleblard to be the leads, you'll get the most Crowns afterwards, but otherwise the choice is cosmetic. After the decisions are made the play will begin, where you'll get a number of timed responses-your responses determine, to a degree, how much experience you'll earn at the end of the play... otherwise, it doesn't matter much.

The correct dialogue options are, in order "To slay beasts most foul...", "Perhaps 'midst the guests...", "Seems men's hearts...", "But a base heart..." and "No monster is he..." Respond correctly and, if you decided to throw a drama, some unenlightened cultists will decide take offense at the subject matter. Put down the Bandits (levels nine and ten) to resolve the matter. If you put on a comedy, only one of the cultists will get upset, and his buddy will tell him to chill out.

Either way, you recover Dudu, who chats with you once you're safely away from the stage. Ask about Ciri and convince him to help you rescue Dandelion, which he'll agree to do-reluctantly. Afterwards Geralt will talk to Irina, who will praise or critique you according to your performance, and give you monetary (and experience) rewards, presumably based on the play's gate. You'll earn the most money if you picked Aleblard and Priscilla as actors, and you didn't flub any of your lines.

Zoltan is off gathering his "crew" and Dudu is busy impersonating Menge, but there's more aid you can go after, if you wish. If you got into a fight with Menge (instead of letting Triss kill him) and actually helped Dijkstra in a meaningful way, you can head to his bath house and call in the favor he owes you. If you haggle for more men, then tell Dijkstra what you're up to, he'll double the number of men he'll send you. Nice.

Everything's been set in place, it's time to rescue Dandelion. Fast travel to a signpost close to the ambush site (the "Wheat Fields" and "Seven Cat's Inn" signposts are both good choices) then head over to meet up with Zoltan Chivay. Answer a concern he has about the whole endeavor, then Priscilla will show up. It doesn't matter what you say, you can't get rid of her. You can, however, play Gwent with her, although you win nothing by doing so. It's just a way to pass the time.

After your Gwent game (or after you decline to play) the caravan will show up. When the ambush begins one of the Witch Hunters escorting Dandelion will ride off with him. Your goal is to follow the rider and catch him... but there's no penalty if you stay behind and kill the Witch Hunters, first.

Mount Roach and follow the tracks north, past a lake with some Drowners (levels four and eighteen, talk about a level gap) near it, and past the "Honeyfill Meadworks" signpost. They'll follow the road (more or less) north, then north-east. Dismount when you find a camp along the road and ask a smith about the riders, who he'll say went left, but he's either mistaken, or misleading. Go right at the fork beyond the camp and, when you spot a purple garment on the ground, dismount and investigate it to pick up a scent trail.

Continue following the road to the north-east, then east, until the scent trail veers of the road to the north-east. Eventually you'll find the Witch Hunter's horse-dead of exhaustion-near the "Isolated Hut" signpost. If you head east to the hut, you'll hear Dandelion trying to reason - unsuccessfully - with his captor. Talk to some nonhumans to the west to get the key to a secret passage that leads to the house, then circle around to the hills east of the house to find the trap door you're looking for.

Open the trap door. climb down a ladder, and head west, looting as you go. Seems likes these nonhumans have a pretty robust "art" business going on down here. Climb another ladder to reach the house, wherein you'll find the Witch Hunter (level thirteen). Cut him down and loot him to score the steel sword "Witch Slayer" , then loot the house. No need to be in a rush to ungag Dandelion, once he starts talking, he's not going to shut up any time soon.

When you run out of options, ungag him, and you two will head outside to talk, where you'll be reunited with Zoltan and Priscilla. Geralt will ask about Ciri which will trigger another Ciri sequence...

Kill (or dash past) the initial henchmen (levels eleven and twelve) nearby, then head south to find a road. The initial goons you fight won't respawn, but that's not the rule for this segment in general. Apparently Whoreson had a small army of goons under his command, and it's your goal to run (or teleport) past them all to reach the Temple Isle, in what is by and large the most utterly pointless part of Ciri's Story to date. Why couldn't this be a cutscene? Oh well... when you reach the door leading to your destination you'll find some opposition. Kill them (make use of Ciri's new blink attack by holding down the L2 + R2 buttons if you must) then continue through the door to your destination, where you'll witness a scene.

After the scene, Geralt will question Dandelion further, learning a bit about some curse. Ultimately, however, it seems like the trail in Novigrad is cold, leaving only Skellige left to search. Talk to the nonhumans nearby and they'll offer you a painting in exchange for your silence about their little forgery scheme. 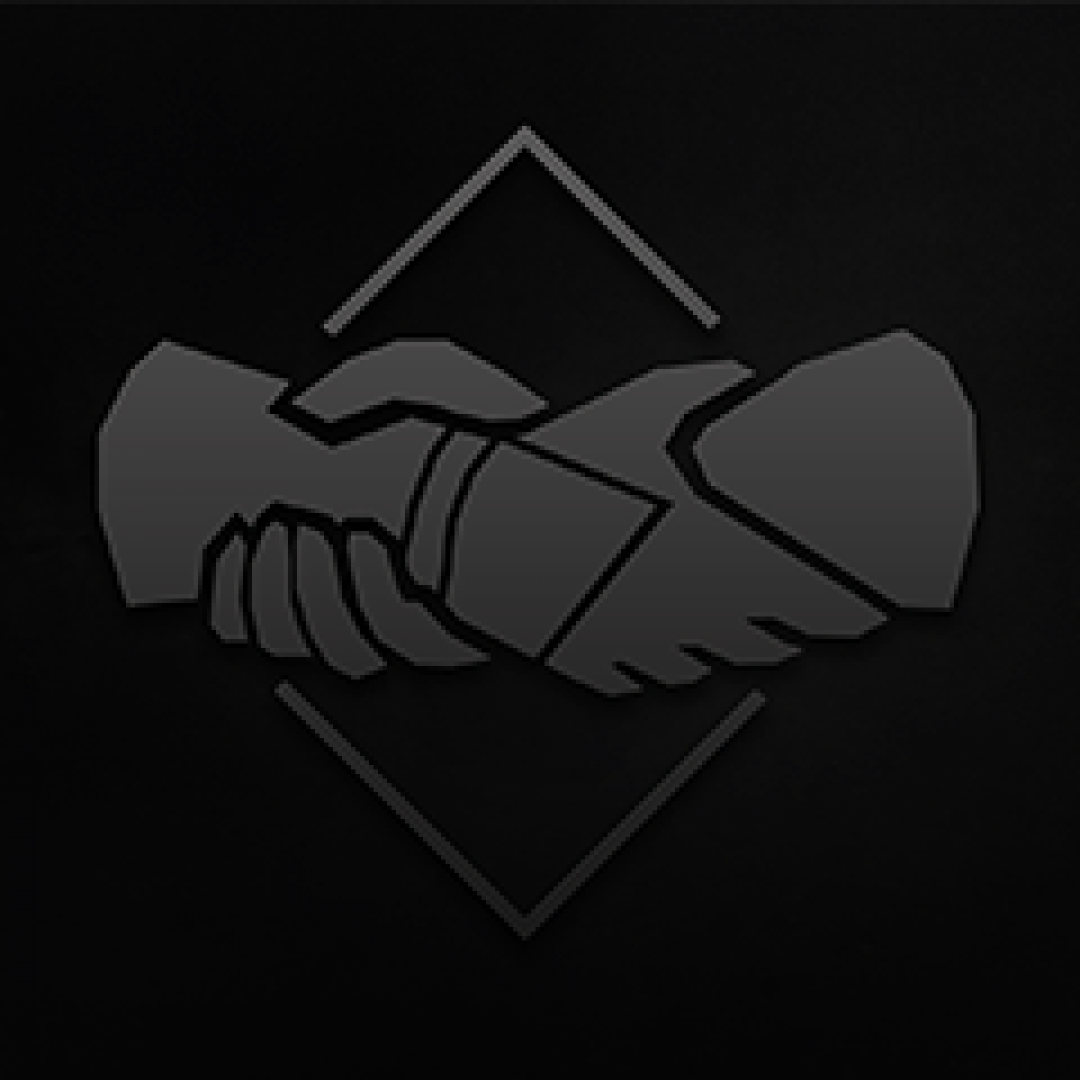