You rescued both of Crach's children, so you might as well go collect your reward. Fast-travel to the "Bridge to Kaer Trolde" signpost and head to the keep, where you'll discover that the wrangling for succession has already begun. Because of Geralt's help, however, he's an honored guest at these proceedings, and who turns down a free meal? Follow Arnvald into the main hall, and as you walk he'll express his concerns about the event.

When you reach the main hall you'll witness some sibling rivalry. Talk to Hjalmar afterwards, then head to Crach's room to collect your reward. Near Crach's room you'll run into Bran's widow, Birna, who is somewhat biased about her political preferences. After chatting with her a bit, you'll talk to Crach. Chat him up and he'll talk about his own political ideals, as well as talk about the strengths and weaknesses of his two children. Ask about your reward, and he'll give you a gift most befitting a Witcher. Afterwards you'll hear a commotion from the great hall, and the two will rush off to investigate.

Put down three Bears (level sixteen) which are terrorizing the feast-goers. Note that these bears require a silver sword to significantly harm, and they regenerate - albeit slowly. After the supernatural bears are slain, grief and accusations will reign amongst the survivors. Fortunately, calmer heads prevail, and a course of action is set upon; it's up to Crach and his clan, as hosts, to seek out and punish this transgression. You can choose to opt out of helping, which completes the quest by leaving it up to Clan an Craite to deal with their own problems... or you can lend them a helping hand. Hjalmar wants to rush out and punish those whom he presumes to be guilty, even without confirmation, while Cerys wants to gain evidence, first. Pick one of the two siblings - preferably whichever one you think would make a better ruler of Skellige.

Spoilers!: If you opt out of this quest by leaving it up to Clan an Craite to investigate the incident at the party, Svanrige Bran - son of the late king Bran and his widow, Birna - will become king of Skellige. Otherwise, the new king (or queen) will be whomever you back during this quest, either Hjalmar or Cerys. Backing one of Crach's kids can prove helpful during the quest "The Battle of Kaer Morhen" , and of course, the long-term effects on Skellige this decision has is obviously pretty significant.

Geralt and Hjalmar will ride to the village of Fornhala, where Hjalmar tells you of his suspects - the Vildkaarls. Talk to him and he'll continue to be a hot-headed Skellige traditionalist. An eye for an eye... simple, but effective, if you pluck out the right eye. Apply some Cursed Oil to your blade then head up to the village. Hjalmar will point out a corpse to you, and sic his Witcher bloodhound (that's you!) on it.

This town is full of lootable containers, so keep your loot googles on as you search around. Activate your Witcher Senses and head up some stairs to the south, then, when you reach a fork, head west to find a grisly shrine. Inspect some clothes, then examine a corpse. Finally check out the shrine, which Hjalmar will identify as belonging to a god named "Svalblod", a god which was too brutal for even the Skelligers.

After the chatter follow a scent trail to the south-west, then up some stairs to the south-east. Examine a corpse then follow some tracks which eventually lead to a house along the southern end of the village. Head inside, where you can find some tattoo dyes, bloody gloves, and some mushrooms. Follow the trail west to find a trap door hidden under a bearskin rug. Climb down a ladder and head down some stairs before continuing south, then east to reach a chamber.

When you enter the chamber a Berserker named Halgrim will speak to you, and claim partial responsibility for what happened at Kaer Trolde. This conversation is bound to be short, as both Hjalmar and Halgrim have no taste for sustained chatter. Defeat Halgrim (level seventeen) and he'll pull a transformation trick. Put this form of Halgrim down, too, then after Geralt exchanges some words with Hjalmar head south and climb a ledge to venture further into the caves.

Continue south and drop down a ledge until you find a chamber where more berserkers are performing a ritual. After witnessing how baby Vildkaarls are made, head south-east, then south before climbing a ledge to the west. Continue north-west, then north to reach the ritual chamber, where you'll encounter the Druid who led the ritual. He'll admit to the attacks at Kaer Trolde, but decides to risk fighting a Witcher rather than telling who he was working for. In the fight that ensues you'll have face the Druid, Artis (level eighteen) who will summon Bears (level eighteen) to aid him. Ignore the Bears and focus on Artis. He'll attack with his staff, both physically and magically, but he's all but helpless before the good old Strong Attack/dodge combo.

When he dies Geralt will find a letter, which reveals that Cerys' approach might have been wiser. You broke the tool, but the hand that wielded it is still at large. Still, blood vengeance was all that was required to restore Clan An Craite's honor, and blood has been spilled in that pursuit. Hjalmar will return to Kaer Trolde and report his findings. So ends "King's Gambit" , skip down to "Coronation" to conclude this quest line.

Talk to Cerys and recount the dead, Blueboy Lugos amongst them (which is why you did the quest "The Cave of Dreams" before any of this business). Geralt notes that there are only three contenders for the throne who survived: Hjalmar, Cerys, and Svanrige, and considering that this is a massive shame for Clan An Craite... well, the motives point to Svanrige. That's not enough to settle anything, though.

Activate your Witcher Sense and examine a bear corpse to determine that it's no normal bear. Duh. Next examine the bodies of the guests for more information - interesting, if not useful - then examine the large metal bowls in which mead was served. The one in the center of the room matches the scent in the bear's mouth, a scent Geralt can now follow. Follow the scent trail north to find a drinking horn near the doors, where Geralt will find the substance the mead was spiked with.

Geralt will call Cerys over, and she'll confirm that the "bears" were actually Berserkers, and suggest that you talk to Hjort about the mystery ingredients used to spike the mead. Head through the door to the east and go down stairs to find Hjort, who is praying for vengeance against the traitors. Present drinking horn and he'll immediately identify the mushroom as Mardroeme.

After talking to Hjort, Cerys will decide that the mead must have been spiked before it reached the feast, and will direct your search to the cellar. Before you go, however, loot some containers on a wooden platform to the west, then optionally talk to the Jarls to the north if you want to get their opinions on the matter.

When you're done messing around outside, follow Cerys back through the main hall and to where the castle smiths ply their trade. Go through an door to the west, down more stairs, first west, then south, then west again, finally going through a door to the south to reach the cellar. Be sure to loot your way to - and through - the cellar, as there's plenty of alcohol and other goodies to pocket along the way, and nary a guard to stop you. Once you reach the cellar head down some stairs to the east and search some barrels along the eastern wall, the southern-most one being the correct one.

Once Geralt identifies it, however, somebody throws a torch down into the cellar, igniting some spilled Mahakaman Spirit, whose purpose is now all too clear. Head north and blast some stacked barrels with Aard to reveal a doorway. Head inside and continue north until you find a Place of Power. Draw from it, slurp up that lovely ability point, then follow the tunnel south-west, then south, before returning through a door to the cellar.

Loot the room you're in, then head through a door to the south-east and loot this room, too. Continue up some stairs to the south-east, then turn east and activate your Witcher Senses. Examine a broken bottle on the ground to reveal some foot prints, which you should follow back upstairs. When the trail ends, search a sconce on the wall near the stairs to find a clue that all but identifies the traitor.

Return to the main hall to spot Arnvald riding past out of the keep. You'll automatically mount Roach. Chase him down and give him a good whack with your sword, and when Cerys catches up she'll interrogate him. He'll spout some politics very similar to what Birna believes, and hand over some letters, which will have to be good enough evidence for the Jarls. Geralt will go with Cerys and present their evidence to the Jarls. In the end, though, nothing you present serves as good enough evidence... but a most unexpected accuser steps in to reveal the traitor. This completes the quest "King's Gambit" , skip down to "Coronation" to conclude this quest line. 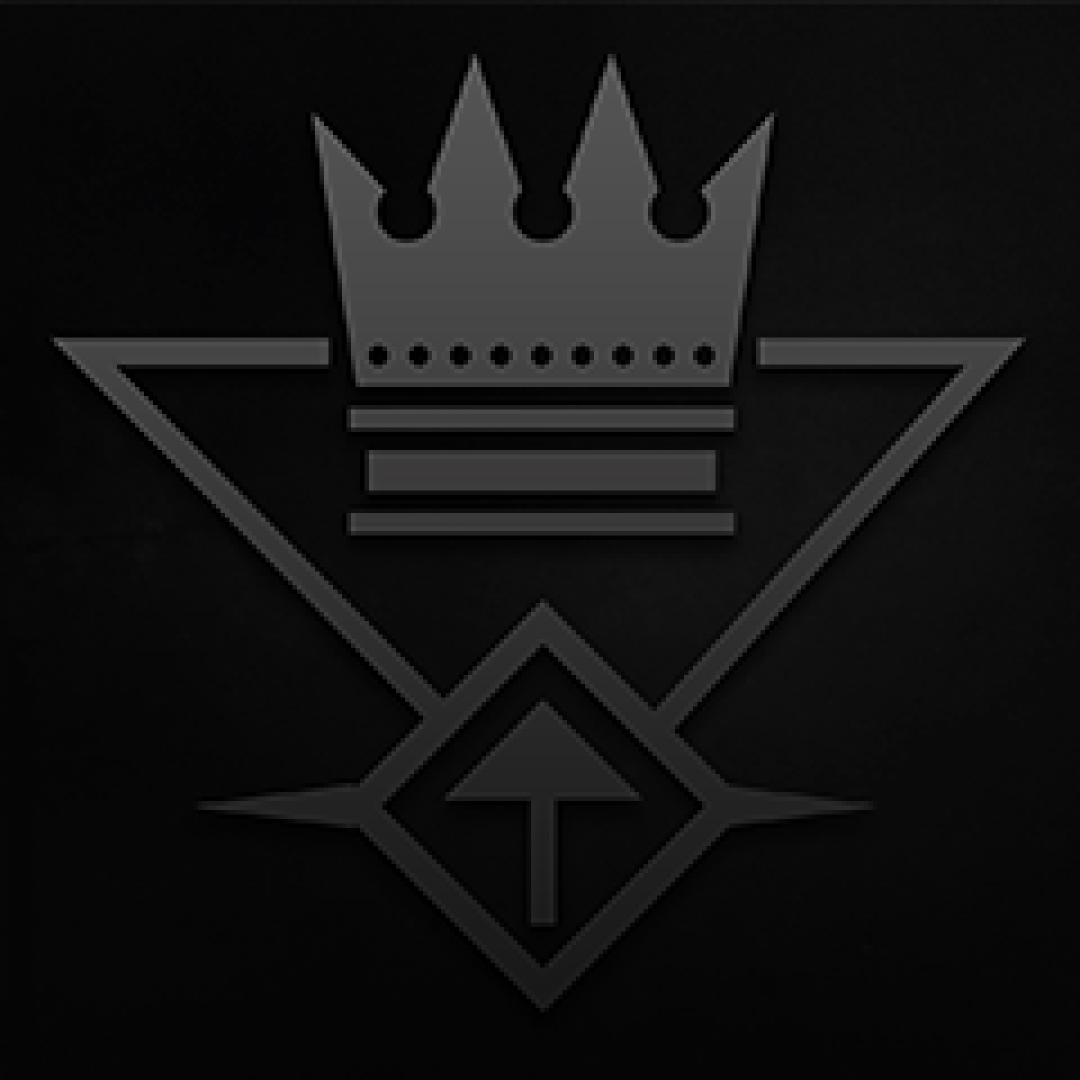 After helping either Cerys or Hjalmar, Crach will talk to you and discuss the messy business that occurred, then speak about a new king's election being imminent. Agree to go with him to witness the Jarl's decision and the coronation of either Cerys, or Hjalmar, depending on who you sided with during "King's Gambit". Afterwards, feel free to talk to Crach and his kids to get their views on things, if you wish.