You now need to go to Oxenfurt to find Tamara... it's not a very rewarding bit of quest, but it does provide an excuse to explore (almost) everything from Crow's Perch to Oxenfurt. It's an excuse worth making use of. Before you leave Crow's Perch, go to the Notice Board, where you can start the quests "Races: Crow's Perch" , "Fists of Fury: Velen" , and "Contract: Shrieker" . Be sure to talk to Chet, then Symko, along the southern end of Crow's Perch to make progress in "Contract: Shrieker" . Talking to Symko isn't necessary, but you can learn something about the beast you're hunting by talking to him, and you can use the Axii Sign to shut him up when he gets all worked up for bonus XP.

From the "Crow's Perch" signpost head along the road to the south-east, where you'll shortly find Ronvid of the Small Marsh, who claims to be fighting for the honor of Maid Bilberry, fairest of all maids! In this self-imposed task, he's got to defeat one hundred knights in single combat, and you are the first of many. Whatever you say results in a tussle. Smack him a few times and he'll run off.

Continue along the road, now heading north-east-past some houses. Ignore some roads to the south and, when you spot the moat around Crow's Perch, head over there and follow the shore to the north. When you reach the search area activate your Witcher Senses and search a dead dog, then find some tracks north-east of the murdered mutt. Follow the tracks north along the shore until you find a cave. Investigate the feathers outside of the cave and Geralt will identify this "Shrieker". Before you head inside the cave, however, head uphill to the south-east to find the "Burned Ruins" signpost. It'll help you get back to town quicker, shortly. Even better, search the eastern side of these ruins to find some collapsed wood, hidden amongst which is a chest containing the "Diagram: Enhanced Griffin Trousers" .

Head inside the cave and Geralt will note that the beast has retreated to its nest, to recover from its wound. Chuck a bomb (Samum, Grapeshot, or Dancing Star) at the elevated nest to the south-west to scare the beast off. Instead of coming down, however, it takes another entrance out of the cave. Chase it north-west into the wilderness, where it'll land to confront you on the ground.

It fights similarly to the Griffin, using sweeping attacks with its arms and long, powerful lunging leaps. It can also stun Geralt by screeching. If it flies, shoot it down with your crossbow, but be wary, as it doesn't stun quite as long as the Royal Griffin does when it's shot out of the sky. Otherwise the old attack-and-dodge works wonders, in conjunction with Quen (on Death March especially) and Aard all work well, although the amount of time it'll stay stunned from Aard is variable between castings, and could get you into trouble if you rely on it too much. When it's dead, loot it for a "Cockatrice Trophy" , a "Cockatrice Mutagen" , and a relic-quality " Dwarven Axe" , amongst other items, then return to Chet for your reward. You can accept the Crowns, or be a nice guy and turn them down. Symko will doubtlessly be better off if his new foster parents aren't impoverished. 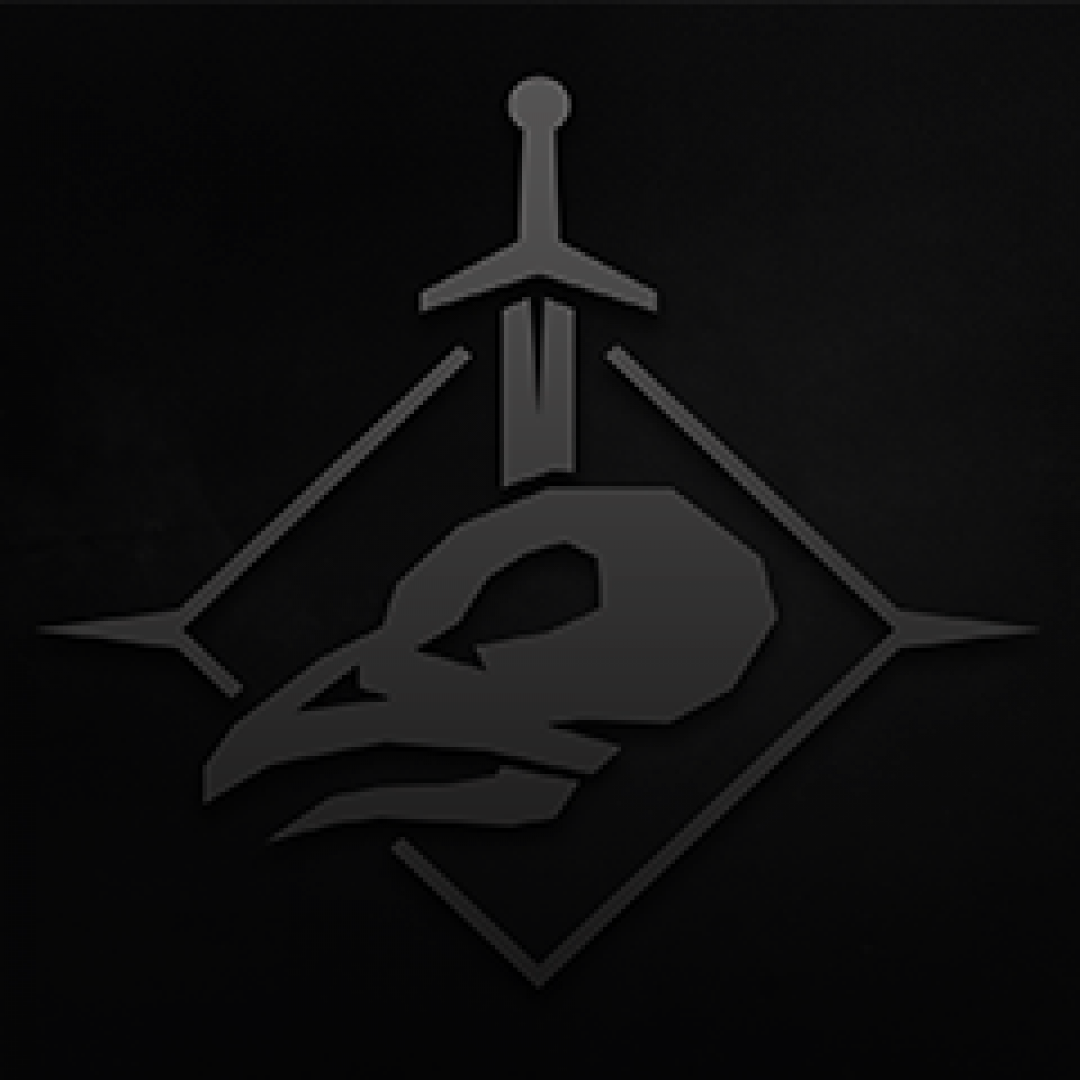 Complete the contract on the shrieker.

Haeravon battles the Shrieker, a Cockatrice that's been terrorizing the environs around Crow's Perch. - Shoot it out of the sky with your Crossbow or Aard. - Use the Quen Sign to protect yourself. - Draconid Oil will increase sword damage. - Use Tawny Owl to increase your stamina regeneration. - Inflict poison damage with the Viper Silver Sword. Check out the full guide at: http://www.gamerguides.com/witcher3 Ebook versions of the guides can be purchased on itunes: https://itunes.apple.com/us/app/gamer-guides/id599410871

There's one more diversion you can partake in before you move on from Crow's Perch; a good old fashioned horse race! Leave Crow's Perch and follow the road running around Crow's Perch to the north-west until you find the race's start point. Talk to the operator of the race, a man named Radko, who will tell you the rules. Come back at sunset (time will pass automatically), bring money, and pick your opponent. There are three opponents; Stuttering M-m-matko, Iron-Arse Hans and Black Bogdan.

The route is the same every time, you'll need to beat all opponents at some point and there aren't really any strategies to learn. You may have to dodge some odd obstacles along the race (it's random where and if they'll appear), make it through the checkpoints, and manage your horse's stamina. So... you'll just have to learn the track, stay frosty in case of obstacles, and the saddle... well, that's the only variable that doesn't require skill. Canter when you run out of stamina, and if you find yourself losing anyways, you may just have to suck it up and buy a saddle with more stamina. On the other hand, you'll win a Racing Saddle after beating your first opponent - Stuttering Matko - so if you can pass that, you'll save some money and make future races easier. Also, make sure you have Crowns to bet before each race. You can wager up to 50 Crowns per race, and will earn double that if you win, plus a bonus based on the rider you challenge, so it's a good way to score a few hundred Crowns, if you're a gambler.

Return to the "Crow's Perch" signpost and fast-travel to the "Burned Ruins" signpost. From there head north-east and cross a road to discover a Ghoul nest, guarded, of course, by several Ghouls (level nine). Kill them, blow up their nest, then loot it, and the burnt bodies nearby.

Follow the nearby road south, then when you reach a three-way fork, turn east. Follow this road east, then north-east, then east again, and finally south-east to reach Lindenvale, a small village that's worth going out of your way for in order to discover the signpost here. If you talk to the Blacksmith you'll start the quest "Of Swords and Dumplings" . Apparently some master blacksmith, Hattori, has retired, and thus deprived the world of his talents. The Blacksmith also sells "Adalbert Kermith's Fourth Map" and "Slightly Torn Notes by Hieronymus on the Witcher Elgar" which, once read, will begin the quests "Scavenger Hunt: Cat School Gear Upgrade Diagrams - Part 4" and "Scavenger Hunt: Wolf School Gear" . Just more diagram-hunts that are well above your level, something to consider for later.

Play Gwent with both the Blacksmith to win a random card (he's got a mediocre Scoia'tael deck, but at least he's capable of making use of some "Muster" combos), then search the notice board and grab the following notices: "Contract: Monster in the Cemetery", "Monster in my Manor!", and "Contract on... Gods Know What On!" to start the quests "Contract: The Merry Widow" , "The Fall of House Reardon" , and "Contract: Mysterious Tracks" . Busy town. As of now you should be capable of easily completing "The Fall of House Reardon" , and perhaps "Contract: The Merry Widow" , but "Contract: Mysterious Tracks" is probably beyond your means at the moment.

Next up, find a Merchant behind a stall east of the notice board, whom you can also play Gwent against. He's got a laughably bad Northern Kingdoms deck, so thrash him roundly and take his card, then continue to boost your collection by buying a "Poor Fucking Infantry" card, an "Etolian Auxiliary Archers" card, a "Black Infantry Archer" card, a " Heavy Zerrikanian Fire Scorpion" card and a the "Rainfarn" card. Lots of power for the Nilfgaard deck, there. He also sells another quest-related book, the totally not derivative of anything in the real-world book "Tristianna and Isador" . Buy it all.

Depending on your martial prowess you might want to consider talking to the Bookie outside the inn, where you can fight "Fishgulper", one of the fighters in the " Fists of Fury: Velen" quest. Before the fight, Fishgulper will ask you to take a dive so he can claim the purse to feed his family. If you do, you'll lose whatever coin you wagered, and will have to repeat the fight to progress the quest. If you beat Fishgulper without throwing the fight, you can give him five Crowns to help feed his family.

Lastly, if you want to score another Gwent card, head inside the tavern and talk to the Innkeep, who sells another lovely "Commander's Horn" card. For more practical loot, climb a ladder at the front of the inn to reach a tower, which houses a generous chest.

That's a whole bunch of quests unlocked in this area, but there's not point in taking them on yet. The tenuous excuse for this bit of exploration is to reach Oxenfurt, remember? Don't worry, you'll be coming back here when the main story draws you further east.