This guide is designed for the PC version of Minecraft. As such its aim is to feature items, situations, creatures and techniques that are applicable to the most recent version of the game available.

That’s not to say that the guide isn’t applicable to the Xbox or Pocket versions of Minecraft – far from it. Strategies such as Surviving the First Day is a universal technique, while information on building, key items, survival tips and the like are to be accepted across the board – the fundamentals of the game are the same.

With that said there are some notable differences between the three versions, the bulk of which we aim to acknowledge here.

The crating table as seen in the Xbox 360 version of Minecraft.

In the PC version of Minecraft the act of crafting is completely manual – you set items into grids and they must be set in a particular way to create certain items. Both the mobile and Xbox versions of Minecraft use a more automatic system, you need only hold the required items and the game will allow you to select the item from a list. As such PC players will need to follow the creation tables in this guide, but Xbox and mobile players need only collect the required materials.

Worlds in Minecraft are procedurally generated, which means they are randomly built at the moment a player starts a new game. In the PC version of Minecraft these worlds will continue building as the player runs in a direction making them essentially endless. In the Xbox 360 version of Minecraft the game world is a limited size of 862x128x862, while the pocket version limits worlds to 256x256.

The Nether is a dimension accessed through a Nether Portal and in the PC version it is as big as the player explores (its size is a relative to the ‘normal’ world, with 1 Square in the Nether being the equivalent of 8 squares in the overworld). In the Xbox it is limited in size, as to be expected, but it still exists. In the Pocket version the Nether is replaced with the Nether Reactor – a simple room that lets you obtain unique items.

As of the current version of Minecraft both the Xbox 360 and PC versions contain ‘The End’, a realm occupied by The Ender Dragon (a vicious boss-like creature), but only the PC version awards achievements for tackling him. Only the pocket version is without this measurable ‘conclusion’ to the game. 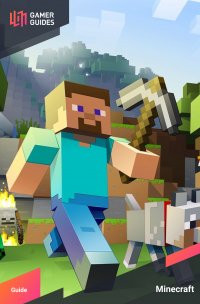