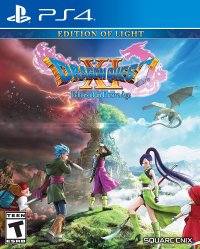 It’s been a long wait since the last console release of a single player Dragon Quest and one that continued the style of Dragon Quest VIII, beloved by many fans. There was a long development time for Dragon Quest XI which resulted in the game being released in two versions, the 3DS version and the PS4 version (with a soon to come Switch version). Right from the get go you’ll notice that Dragon Quest XI promises a grand adventure with beautiful graphics thanks to the shift to Unreal Engine 4. 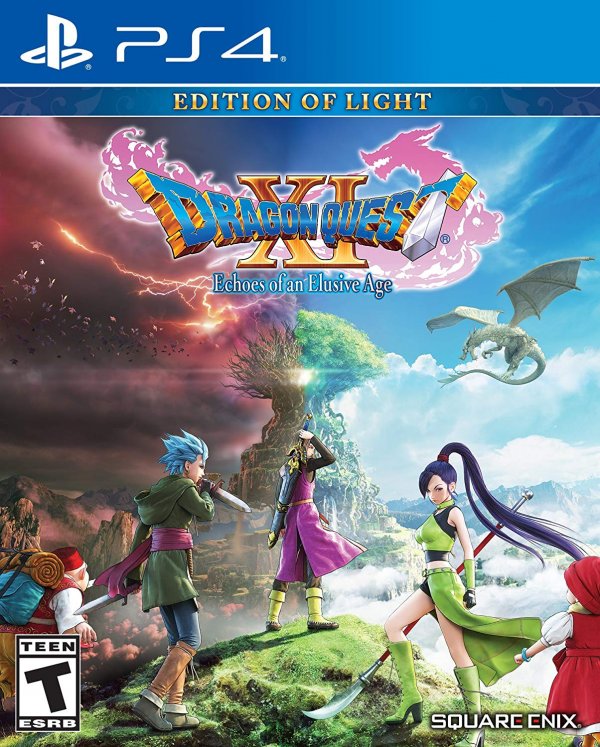 You take control of the Luminary, a hero who has been judged the Darkspawn from the King of Heliodor and are on the run. Along the way, you meet a fantastic cast of characters brimming with personality be it the sassy Veronica or the eccentric Sylvando, a character that doesn’t rely on stereotypes to deliver a fantastic character with a great and personal backstory. The characters all feel useful too as you’ll be able to switch them in and out at will during battle giving you a cast you not only care about, but want to take the time to develop with skills and equipment. On top of that, you have some flexibility in how you customize them using their Skill Panels, a grid based system that resembles Final Fantasy X’s Sphere Grid. Each character has several categories for you to unlock skills in and it even expands as the story develops.

The gameplay follows your typical JRPG style, you progress through areas towards a destination, helping out the current dilemma in the town you’re at. A lot of these stories you encounter here are fantastically written with a great cast of characters, all who have a part to play later in the adventure. The World Map from Dragon Quest VIII and IX is gone and instead, you traverse the world via large field areas full of monsters to defeat and items to loot. The areas tend to be quite large however thankfully, you can now defeat specific monsters that shine to mount them and traverse at a quicker peace. Indeed, certain areas are inaccessible without these monster mounts such as using a Demonrider to climb up a wall or a Horknight Bee to traverse over a swamp to reach an isolated island.

The base difficulty is a problem however with Dragon Quest XI, especially if you’ve played any other JRPG. It’s far too easy to become overpowered compared to the monsters you’re up against and it really puts a dampener on some of the excellent encounters. There are many skills and magic to use in Dragon Quest XI and on the standard difficulty, there’s no reason to make use of any of them as simply attacking is more than enough. Thankfully, with the western release of Dragon Quest XI, there are some new modifiers you can make to your game at the beginning with the Draconian Quest. These impose restrictions that you can choose yourself such as increasing the difficulty level of the monsters, negate all experience points from monsters lower than you or even make it so you can’t use shops in towns. At the very least, players familiar with JRPGs should consider using the option to raise the difficulty level of enemies, for a lengthy game, the last thing you want is to be hitting the attack button over and over for a hundred hours.

A hundred hours might even be on the small side of things too if you intend to see and do everything there is in Dragon Quest XI. The game is split up into three acts, with the third being a post-game. Unlike other games however, Dragon Quest XI’s post-game continues the story and has the conclusion so you can’t really say you’ve finished the game until you see the credits roll at the end of post-game. On top of that there are many quests to undertake, a forging system to create some of the best equipment, lots of costumes to track down and even a target practice mini-game, there’s plenty to see and do here.

There’s a variety of mini-games and side activities to pour hours into.

It’s not all roses with Dragon Quest XI however, the music is a real low point and really stands out against the beautiful production values elsewhere. Not only does it feature a lot of old tracks from past Dragon Quests, the quality is also in a midi format so they don’t sound too dissimilar from their counterparts on the Nintendo DS/3DS which is something that shouldn’t be happening with a high production value PS4 game. Even the new tracks are far too short and loop too early, giving off this repetitive and grating feeling, leaving you to consider muting it altogether. Thankfully, there are options to turn down some of the sound effects, something that is welcome as the default volume for the music is unnecessarily high and drowns out everything else. Dragon Quest XI is a stunning game and a welcome return to consoles for one of Square Enix’s flagship franchises. A lot of time and effort has been put into the Western release to make the wait worth it, be it the excellent voice acting or more options to increase the difficulty

A story that begins with something simple evolves into an adventure you won’t soon forget and one that is well worth playing to its thrilling conclusion should you have the time to spare.