It’s been fourteen years since the last mainline Kingdom Hearts released and the thrilling conclusion to the Xehanort Saga is something that promised to be well worth the wait. For those that have followed the Kingdom Hearts story since its beginnings, the final piece to the story was the only thing on their mind and it’s safe to say that the concluding chapter does close the book on this saga in a satisfying way. Kingdom Hears III is a game that will reward you for sticking with the series as you’ll notice the many call-backs to past entries, be it with weapons, characters from past adventures and the abilities that you’ll be using. Indeed, Kingdom Hearts III allows you to take the reins of a few of the other cast members for important story battles and getting the chance to put their skillsets to use really hammers home the importance of the cast in Kingdom Hearts III. 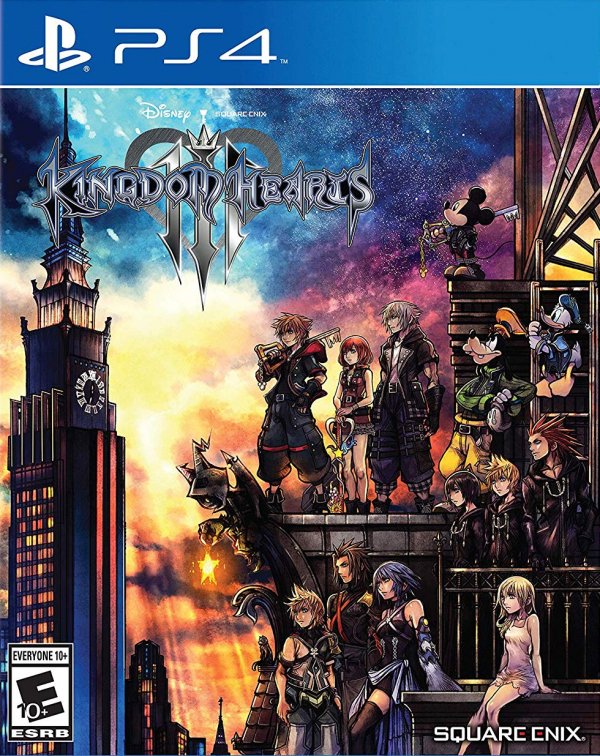 Square Enix have however, done everything they can to ensure that this is a game that can be enjoyed by newcomers as well. Although you’ll find yourself lost on the finer points of the overall story, the first three quarters of the game takes place in Disney Worlds bought to life by the Unreal Engine like never before. You’ll find yourself playing through the narratives from these movies (or in some cases, narratives that take place after their respective movie) and it remains fairly standalone from the main series plot outside of a few revelations at the end of each respective world. There’s something to be said for watching Sora, Donald and Goofy watching Elsa as she sings “Let it Go” in the Arendelle world with a huge grin on your face as to how well they pulled it off. 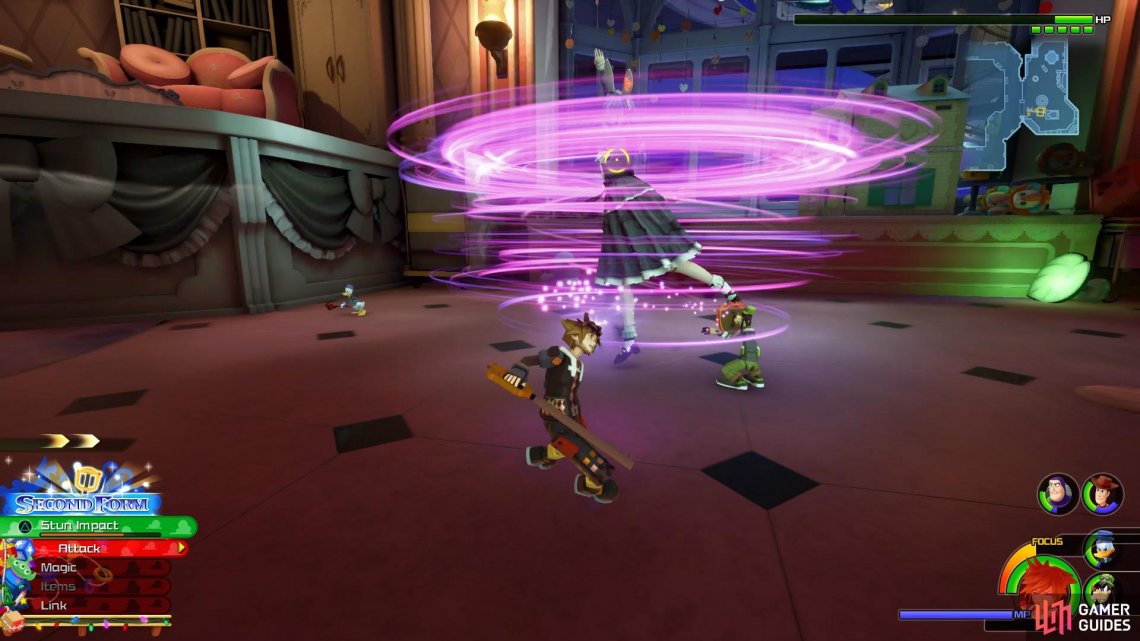 The combat flows well if a little easy on the default difficulty.

The gameplay itself hasn’t evolved too much from past Kingdom Hearts entries, it’s still an action combat system with skills you learn from levelling up based on your choices when you first start the game. What’s new to Kingdom Hearts III however is the Attraction system, at times in battle you’ll spot a green ring around an enemy, strike them and you’ll be able to perform an Attraction command. These are screen spanning skills that are incredibly powerful and the frequency at which you can use them brings the overall difficulty of the game down. You can choose not to use them and disable them but the fact that they’re there will mean that most players will feel inclined to use them. The Gummi ship is back and improved massively over previous instalments, gone are the on-rails sequences of Kingdom Hearts II as you now have full control over three galaxies with treasures to find, battles to take part in and hidden star configurations to snap with the new camera feature. You have full control of how you wish to build and create your Gummi Ship and you can even choose from blueprints if you’d rather not dabble too much in it and just go from place to place.

Difficulty in general is a bit of an issue with Kingdom Hearts III, for series veterans who are used to playing on the series initial most challenging difficulty, Proud Mode, it’s far too easy and the fact that you can get through most encounters without making use of the excellent variety of abilities and spells at your disposal. Attraction commands almost break the game with how powerful they are and provided you keep Cure ready for most battles, you can get through most encounters by simply swinging the Keyblade while remaining locked on. Thankfully, as of writing, Square Enix have added in the Critical Mode difficulty which brings the game back to a satisfying difficulty in which you’ll need to make full use of the game’s systems to get through. There are a lot of systems in place to make use of in Kingdom Hearts III, from collecting ingredients to cooking food for status benefits down to the Link abilities that allow you to summon allies from the Disney Universe. On Critical Mode especially, you’ll need to make use of every bit of advantage you can take and the game’s thrilling final arc takes on a lot more importance with boss battles that are difficult and will challenge you. 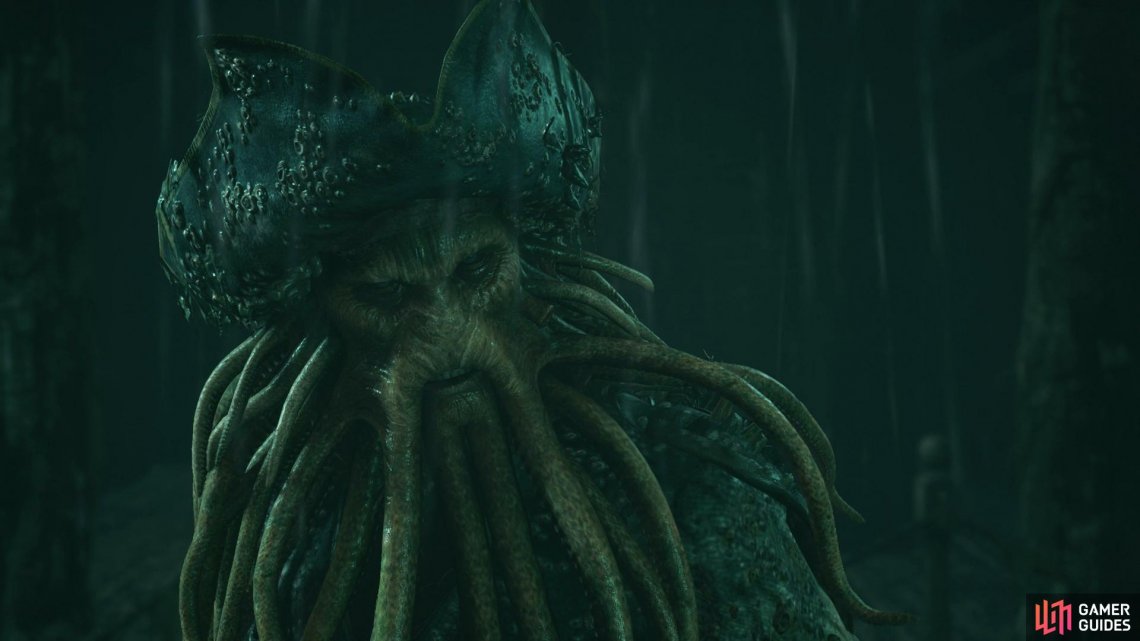 The graphics are stunning and bring the Disney worlds to life.

One area Kingdom Hearts III does fall short however is its post-game, known for having epic super bosses and fun activities to undertake once the game’s main storylines are over, Kingdom Hearts III has very little. The game’s ultimate weapon is not worth the hassle to unlock due to there not really being anything to use it on. You’ll unlock 13 Battle Portals with the final one being the game’s super boss, all of which doesn’t require too much preparation. When you compare this to the excellent package that Kingdom Hearts II Final Mix offered, you’ll find yourself severely disappointed. Square Enix have however signalled their intent to release a DLC expansion to Kingdom Hearts III which will hopefully bring all of what’s missing and enhance the overall package of the game