This page offers a guide on how to build the Mimpins Clubhouse in Badgetown in Ooblets. This is one of four clubhouses that Tinstle asks you to rebuild for Badgetown residents.

The Mimpins are brainy nerds of Badgetown! Videon is the leader of the Mimpins and they like robots and science. If you joined the Mimpins at the beginning of the game, your starter ooblet is Sidekey.

Videon is the leader of the Mimpins.

You can take on this quest at level 4 and its the first clubhouse you can build in Badgetown - even if you’re not a Mimpin club member. To begin the task, you’ll need to interact with Tinstle outside the basement doors of the townhall.

To build the clubhouse you’ll need the following:

Nurnies are an easy item to grab as they can be found on your farm. All you need to do is smash a couple of rocks on your farm and you should have plenty in no time!

Sprockuts are a mechanical gear-like resource found on the ground in Mamoonia, which is the first place you can travel to beyond Badgetown. You should be able to find x5 easily enough as they’re a pretty common item.

Oobsidian is a bit rarer and you may only find one or two of them once every few days in Badgetown. If you have a gleamy ooblet on your farm then you will have an increased chance of spawning an oobsidian!

Once you have all the items, deposit them in the basket outside the Mimpins entrance and the next day you’ll be able to complete the task by attending the opening party of the Mimpins Clubhouse!

The Mimpins Clubhouse is in the basement of the townhall. 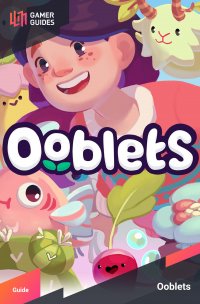