The Hero of Heroes

You will get this for getting every other trophy in the game. It's not a particularly hard platinum, as there aren't any difficulty-specific trophies, so you could play on Casual the entire time. However, you will need to do at least two playthroughs of the game, with the first being your normal one and the second in Challenge Mode. The second playthrough will likely be a lot shorter than the first, as you will know what to do. There's only one or two annoying trophies to get, such as Death By Disco, so it's important to keep them in mind when going for this platinum. 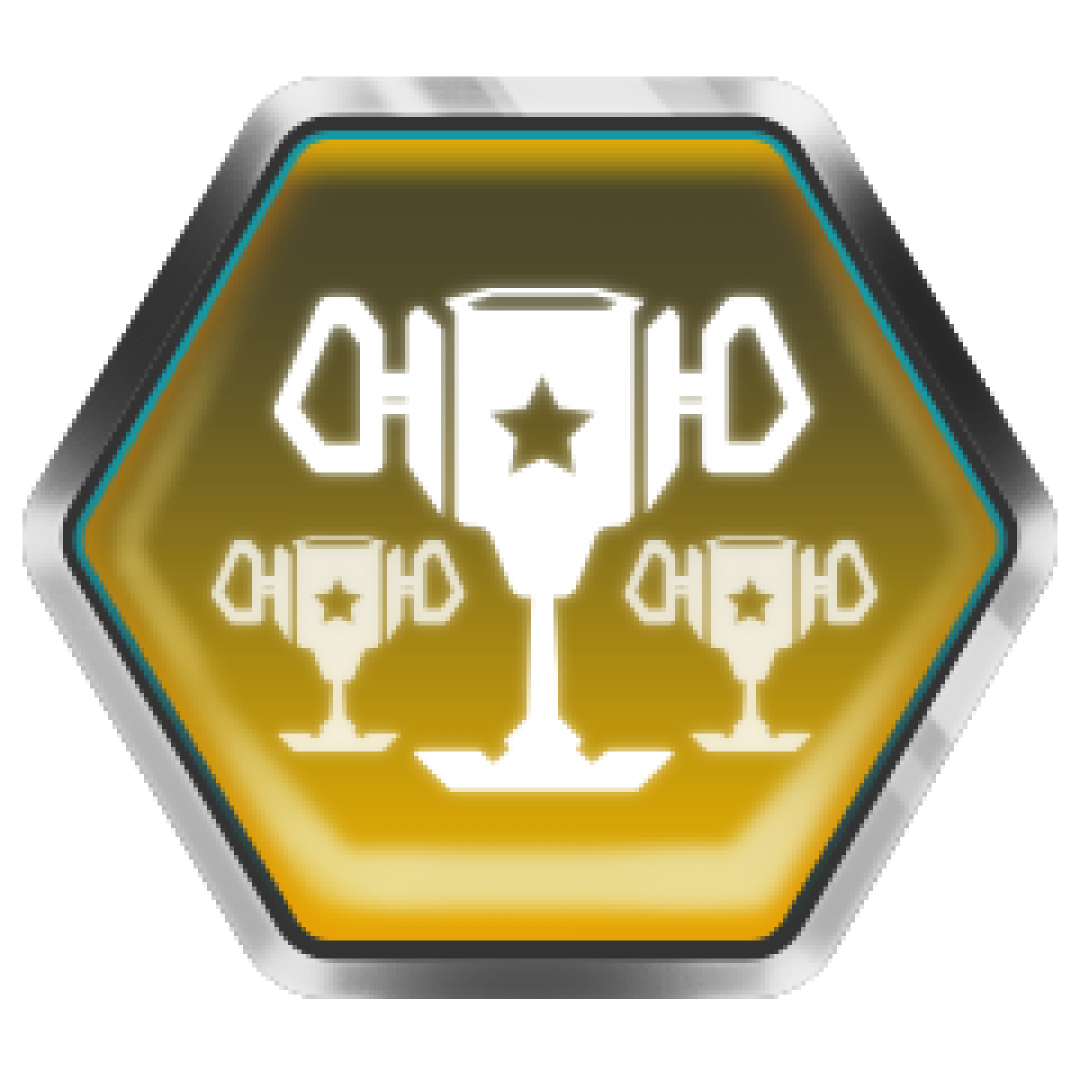 The Hero of Heroes

Collect every trophy in Ratchet & Clank

The End Of The Beginning

This is a story-related trophy that requires you to defeat the final boss of the game. The first phase's attacks aren't nasty, but the later attacks can be particularly difficult to dodge. It may take a few tries to finally down the boss, as it has a lot of health, meaning it's possible to run out of ammo. On the flip side, a specific weapon (RYNO) can make the fight very easy. 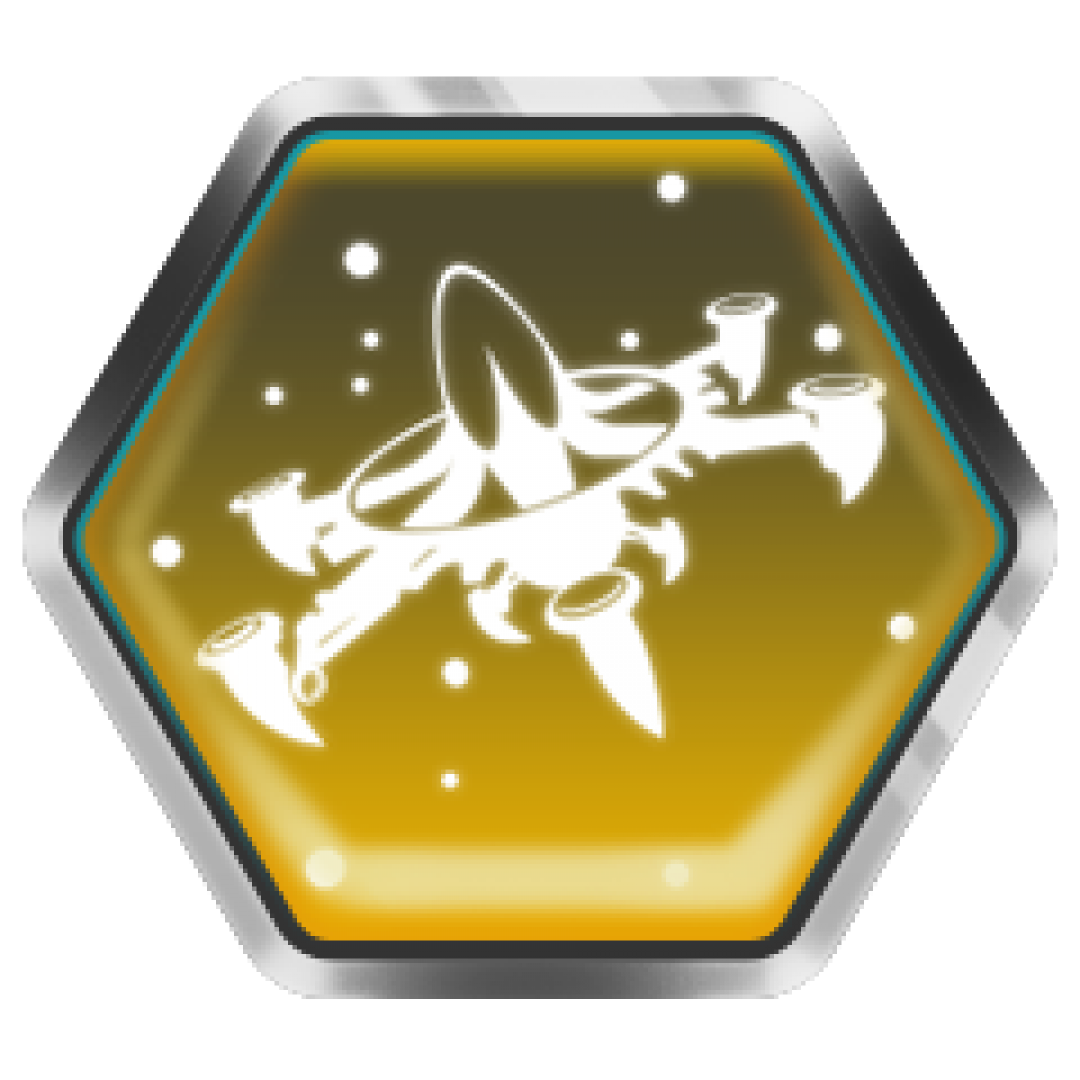 The End Of The Beginning

Defeat Dr. Nefarious on the Deplanetiser.

You will be required to collect every single Holocard in the game in order to get this trophy, including the RYNO Holocards that are hidden similar to Gold Bolts. There are 33 sets of normal Holocards and you will get these as you defeat enemies or find hidden packs on planets. The cards you will receive are completely random and once you get one in a set, it will appear in your Holocards section (the set will remain hidden otherwise). Multiple copies of normal Holocards are added to the duplicates counter and once you have five or more of them, you can trade for a brand new card you don't have, which is most likely how you'll acquire a good portion of cards. 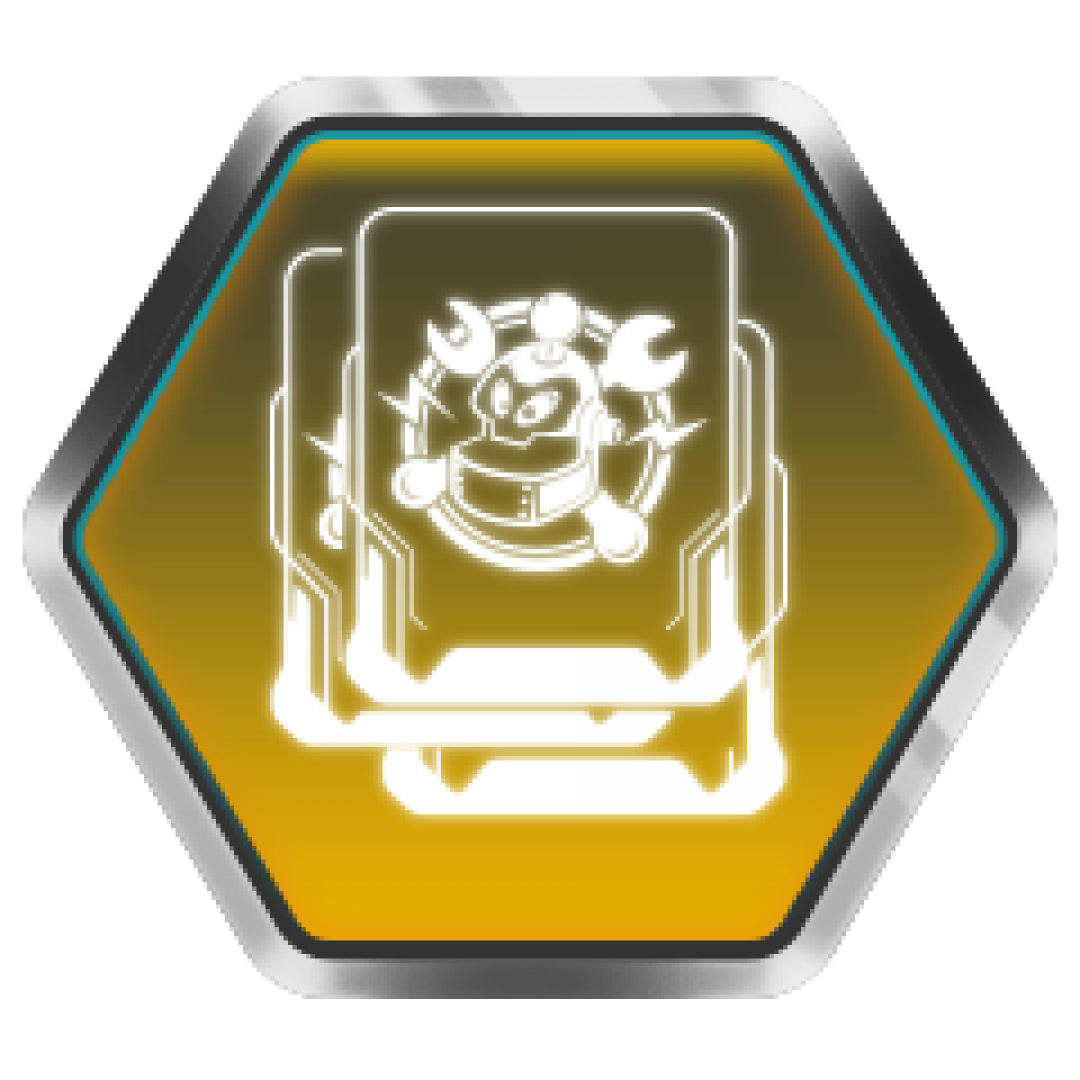 Upon completing the main story for the first time, you will unlock a new option on the main menu called Challenge Mode. This is essentially New Game+ for Ratchet and Clank and pretty much everything carries over, including weapons and their experience, except for a few of the story-related gadgets. Besides enemies being beefier, the only new things added to Challenge Mode are the ability to purchase Omega variants of weapons once you've gotten the corresponding Holocard set, and the Bolt Multiplier. The latter increases the amount of bolts you receive, as long as you don't get hit, up to a maximum of x20. Defeat the final boss in Challenge Mode to get this trophy. 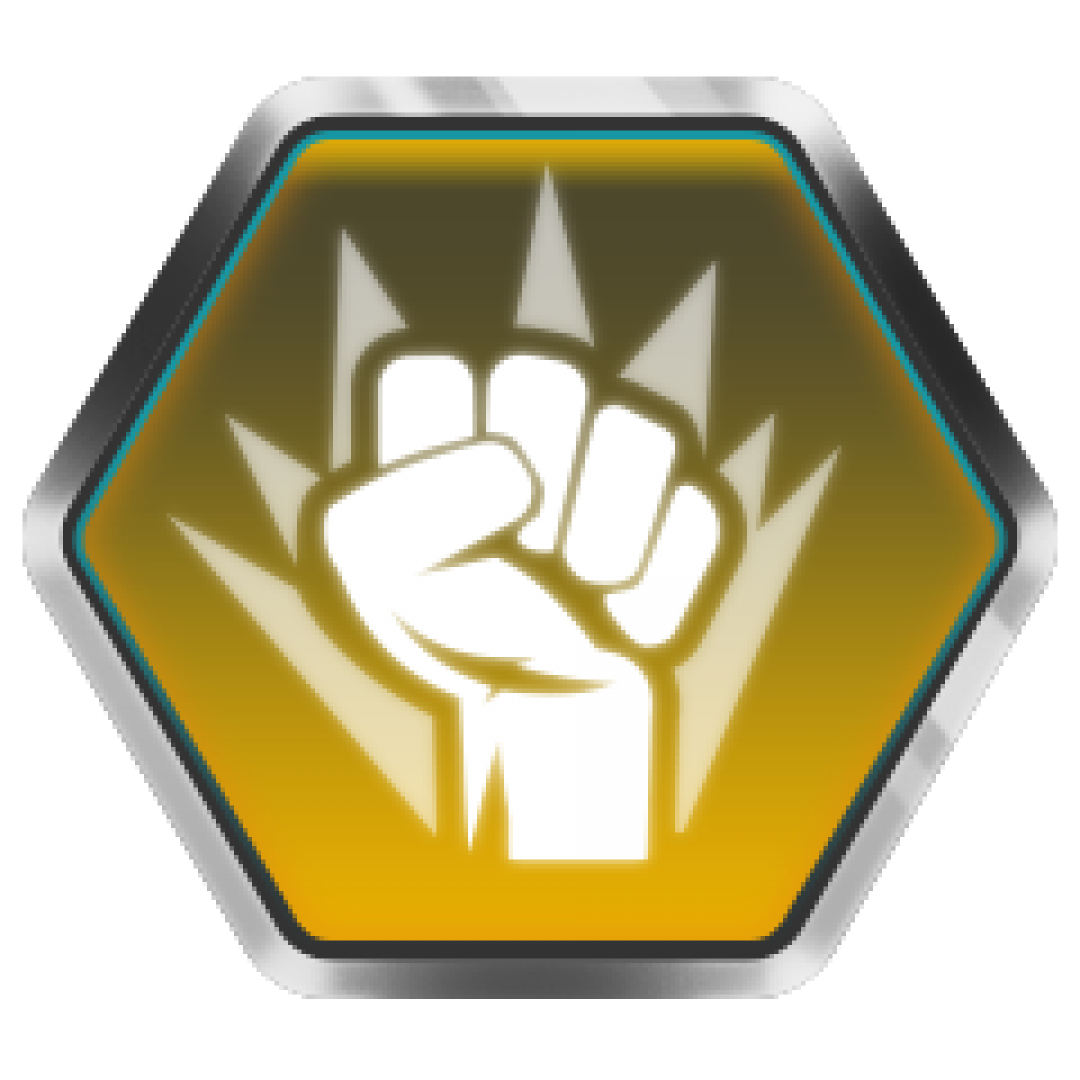 Complete the game in Challenge Mode.

Hidden through the various planets in the game are large bolts called Gold Bolts. Some of these will require you to backtrack to previously visited planets once you've obtained a certain gadget, while others can be gotten on the first passing. There's a total of 28 Gold Bolts in the game they unlock content under the Extras option on the game's menu. You can find a list of every location here. 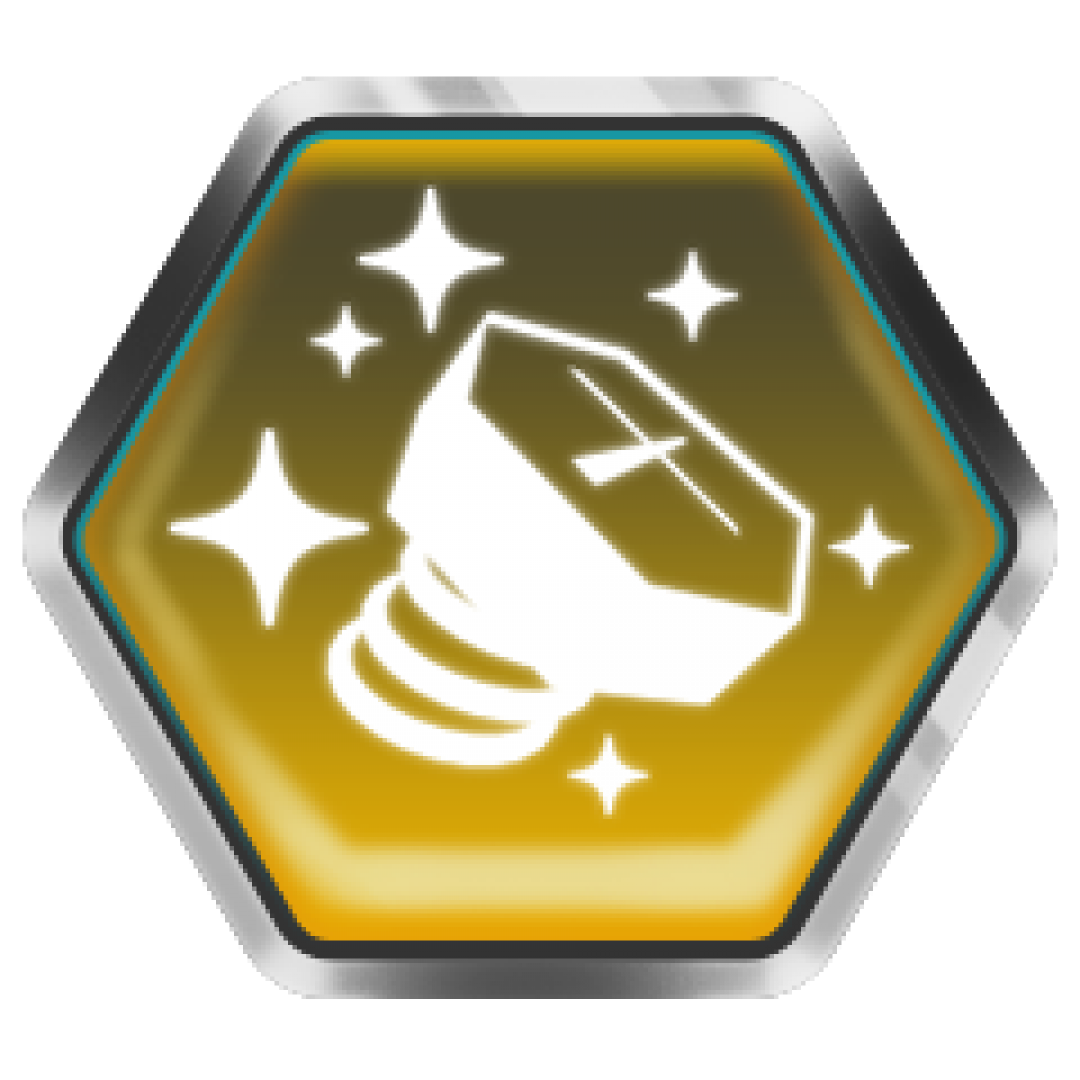 Throughout Ratchet's adventures, he will be able to acquire a lot of different weapons, with which to deliver swift justice to his enemies. The majority of these will be bought from the Gadgetron vendor as you progress in the main story, with the very few others acquired in other means. The final weapon unlocked via the vendor is the Sheepinator on Planet Kalebo III, so there won't be anymore available after that. The following is a list of every single weapon in the game, along with how to obtain them. 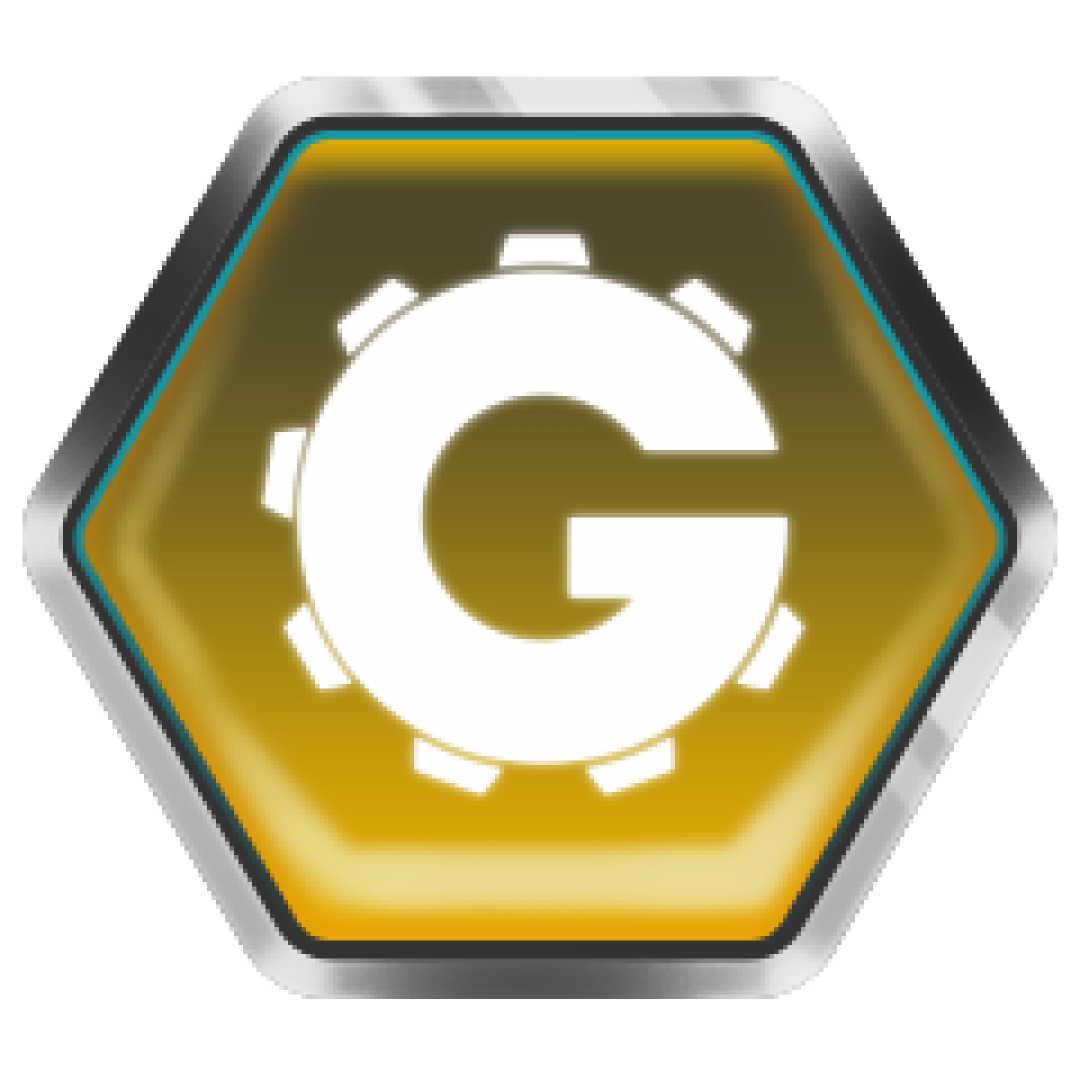 Acquire every weapon in the game.

Every single weapon in the game has two sets of levels that you can increase as you use it in battles. During the first playthrough of the story, weapons can only go to level 5, where they will usually have some kind of change to them. Once you finish the main story and head into Challenge Mode (aka New Game+), you can buy Omega variants of the weapons, as long as you complete their respective Holocard set. Upon doing that, buy the Omega variants at any vendor and you'll be able to level the weapon to 10. All weapons need to be at level 10 for this trophy. 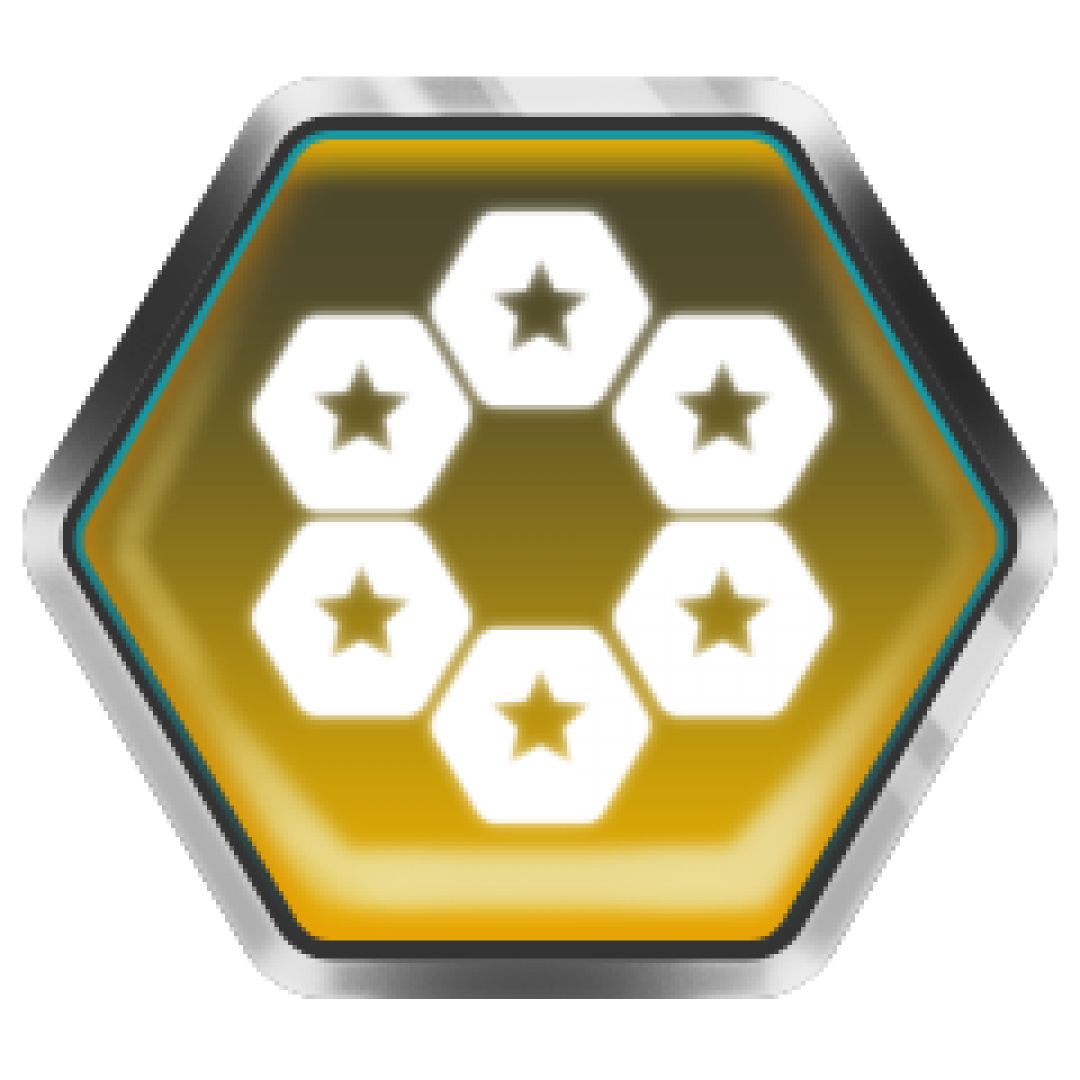 Upgrade every weapon to maximum level.

These Go To Eleven

As you travel from planet to planet, you will come across a mineral known as Raritanium. These crystals can be used to purchase mods for any of the weapons in the game, which can only be done at the Gadgetron vendors. Every weapon has a series of mods that will unlock as you level up the weapon, with you seemingly being able to get them all at level 5. However, you will unlock more mods upon purchasing the Omega variant (no need to level them to 10, as all extras are unlocked at level 6). Get all of the mods for every single weapon, including the extras, to unlock this trophy. 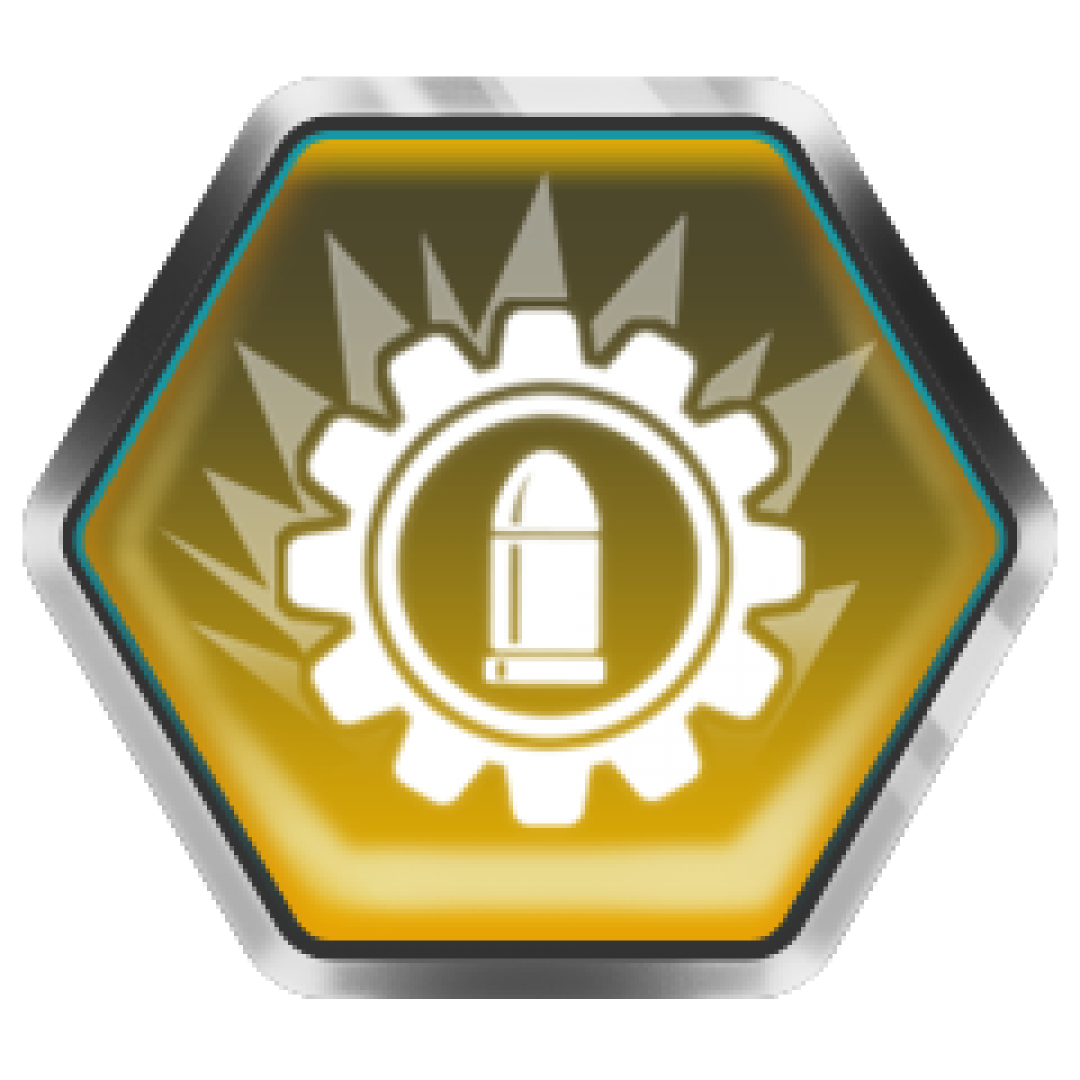 These Go To Eleven

Unlock every modification for every weapon.

One of the RPG-like mechanics in the game is the ability to increase your health, which is simply done by fighting and killing enemies. The experience bar is located under your health at the top of the screen and once it fills, it will increase by 10 (starts out at 10). The maximum health you can have for your first playthrough is 100, with it increasing to 200 in Challenge Mode, which is where it needs to be to get this trophy. There is a total of 16 Gadgets that you must have in your inventory in order for this trophy to pop. All but three of them are related to the story in some way, so there's nothing you can do to miss those. The three optional ones aren't too bad to get, as you will likely obtain them if you go for all of the objectives on every planet. The following is a list of every gadget in the game, with a description on how to get the three optional ones. 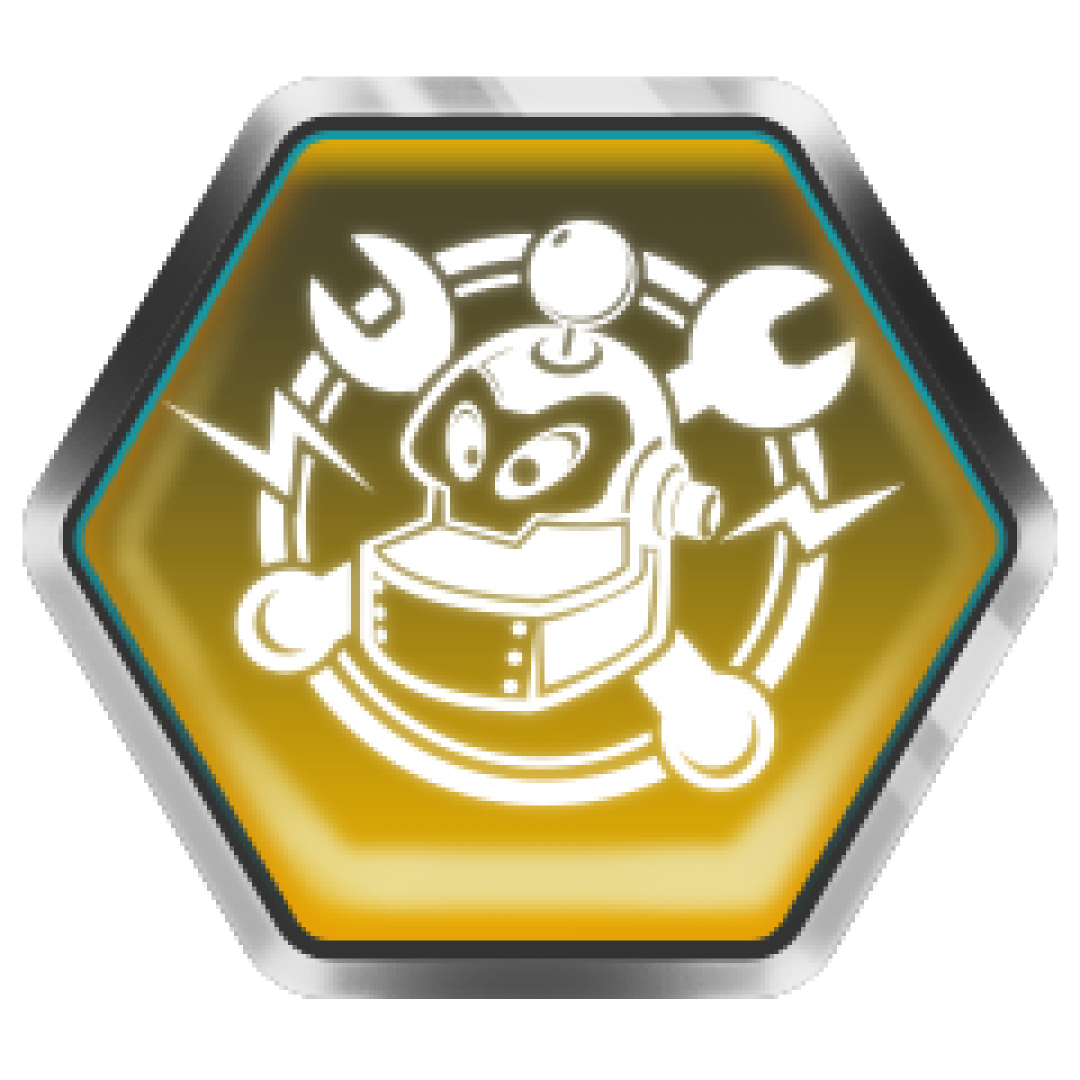 On Gaspar, you will encounter a scientist who wants Telepathopus brains and you will be required to get 30 of them to advance the main story. However, in addition to those 30, there are another 60 that are completely optional. Getting all of these brains might prove difficult as soon as possible, but if you wait until you get the Map-o-Matic on Kalebo III later in the game, then all of the brains will be displayed on your in-game map. This will make it a lot easier to find all of the brains. Note that sacs only give one brain and the actual Telepathopus enemies will give three. 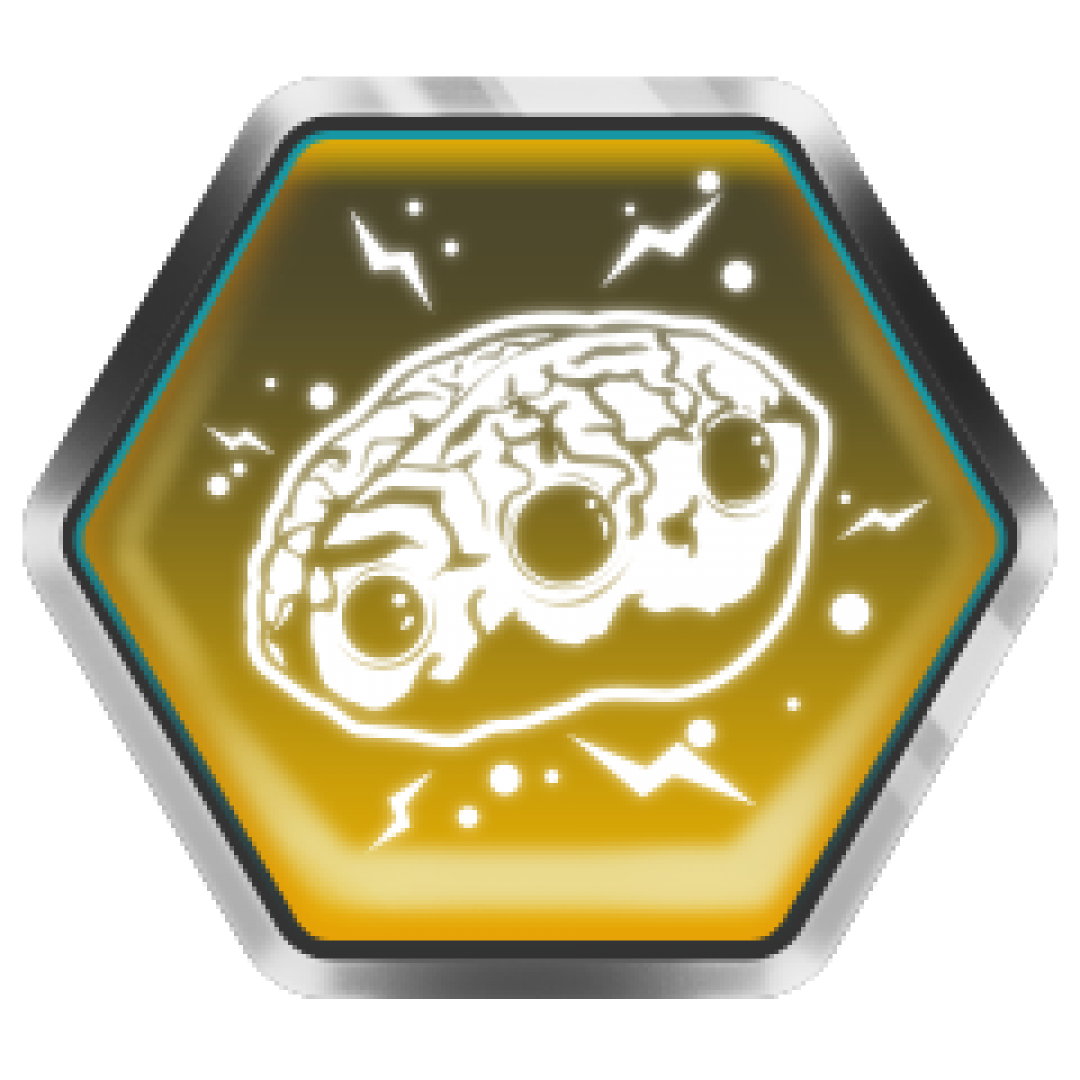 This trophy is awarded to you for winning the Gold Cup hoverboard races on both Rilgar and Kalebo III. The Gold Cups are locked when you first encounter the races, so you'll need to finish the Bronze and Silver Cups first. The hoverboard races are fairly simple in concept, as the layout for the tracks remain the same across all of the cups, but the Silver and Gold Cups just add explosive crates. If you're going for the Platinum trophy, then you'll automatically get this when going for the Faster Than A Speeding Amoeboid and Kalebo Thunder trophies.

The game based on the movie that's based on the game! Wait...what? Ratchet & Clank is a reimagining of the original game on the Playstation 2 that is tied into the recently released movie. You play as the titular characters, as they go on a space-faring adventure to try and stop the evil Chairman Drek from realizing his dastardly plans. Experience the galactic quest that started it all for our furry Lombax and his adorable robot friend. Did we mention that you can turn enemies into sheep?

In this guide, you will find the following: