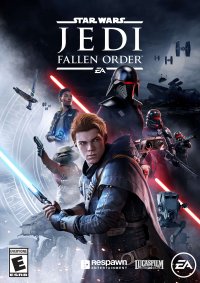 Back in 2018, Respawn Entertainment announced that they’re creating their own Star Wars game, which came as a huge surprise because they aren’t known for action-adventure games. Respawn Entertainment began life as a company when they released their first game back in March 2014 which was Titanfall, this game began a new trend within the FPS genre by allowing players to have the ability to Wall Run. Due to the success of Titanfall they went on to release Titanfall 2 in October 2016 that also came packaged with a short campaign. 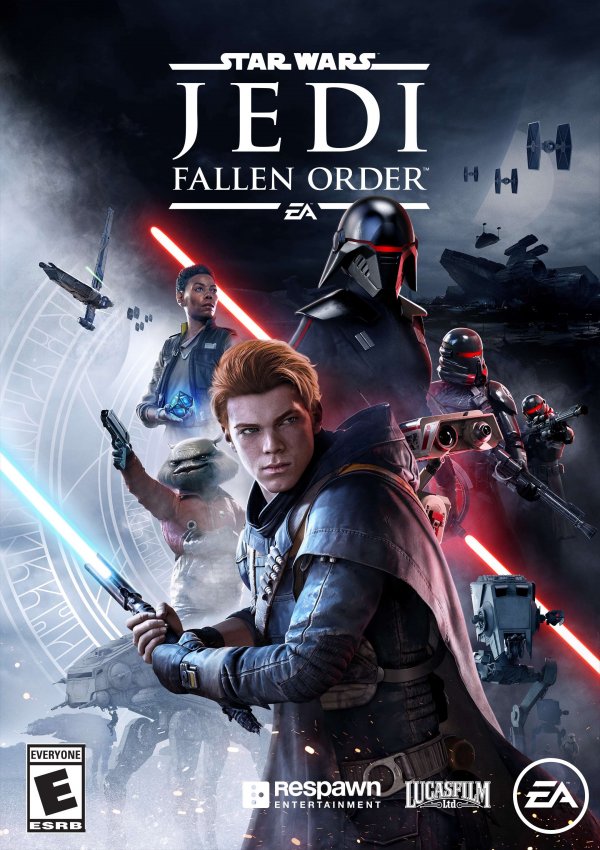 Fast forwarding a few more years Respawn Entertainment got onboard with the Battle Royale hype and released Apex Legends in February 2019 which brought a refreshing take on the series by bringing everything that we know and love about the Titanfall games and implemented it into an large world that has 60 players battling it out for the Champion spot. This has been a major success for them, and they are now going onto their fourth season.

As 2019 came to a close, Respawn Entertainment released Star Wars Jedi: Fallen Order which is a canon single player story that is set a few years after the events of Star Wars: Episode III: Revenge of the Sith. You’ll find yourself playing as Cal Kestis a Jedi Padawn that has been staying under the radar to keep the fact he is a Jedi a secret, after some events occur within the story you’ll need to set out on an adventure through the galaxy with a couple friends, Cere, Greez and a friendly companion named BD-1 to help rebuild the Jedi Order.

Star Wars Jedi: Fallen Order is taking inspiration from the very popular From Software games, such as Dark Souls, Bloodborne, and Sekiro and putting their own unique twist on it. You’ll be heading off in the Mantis and going to different planets throughout the story, in those planets you’ll gain new abilities such as Jedi Push and Jedi Pull which will allow you to open up newer paths that will reveal fancy new upgrades for BD-1 that will allow him to open up doors, extend bridges and last but not least hack robotic enemies that you face to help you fight off against the Stormtroopers. The more progress you make in the game will allow Cal to slowly regain his forgotten abilities, these will allow you take on tougher opponents with less difficulty, as well as being able to go back to the previous planets and obtain now accessible treasures, such as Life or Force Essences, there are 12 of each to find around the Galaxy that will increase both your Health and Force.

Unfortunately as you can regain these abilities, the game’s difficulty becomes non-existent for those playing on the Jedi Knight difficulty or lower, as you will be able to throw most enemies off the side by using Force Push as well as being able to one-shot enemies when you pull them in. You may think that is overpowered but you’ll eventually save up enough skill points to purchase skills that will allow you to throw bosses of the side. However, if you chose to bump up the difficulty to Jedi Grandmaster you’ll find the game becomes too punishing, as a lot of the attacks that the larger enemies/bosses use involve combos, this would be fine on Jedi Knight as Cal can take a couple of hits but on hard the battle will be over if you get hit even once.

During your adventure through the galaxy you’ll be going back and forth through the well-designed planets that have new enemies for you to defeat and scan, there are also chests scattered around that will give you some interesting new items, such as Ponchos, BD-1 Skins and Mantis Paint Jobs. An excellent feature to this game is BD-1’s Holomap, as it helps those that are not so familiar with the Metroidvania elements of the game know when and where certain paths are accessible by showing up either green or red. The map also shows you in depth whether you’ve got all the Chests/Secrets in a particular area. Although one problem I noticed myself when going for the Platinum Trophy is that it’s very difficult to find which areas you’re missing treasures in, so I think it could do with adding a tab in the menu that lists all the locations on the planets and if you have all the treasures there. I thought having the Ponchos, Mantis Paints, and BD-1 skins were a cool feature and help make the game feel more personal to you but I would like to see them add stats to them in future titles to give them more purpose. The best part of the customisation in this game is the Lightsaber section, as this allows you to change every attachment to what you desire, you can also change the color of your Lightsaber too which is great for those who would like to have the same color as their favourite character in the movies.

Great customization options for your Lightsaber.

A downside to this is when going back through the planets to search for any items you either missed or recently acquired the ability to get it, you’ll notice there isn’t any forms of teleportation through the areas via using the Meditation Points which is an issue because the planets are fairly large which makes it tedious when trying to find certain Chests or Essences that you may of missed.

As you dive deeper into the planets, you’ll come across some well-designed Tombs that come packaged with very technical puzzles that give you the real sense of accomplishment when you manage to solve them. Although a negative to these puzzles is that other than the odd Stim Canister upgrade the rewards are just purely cosmetic which kills the desire to want to sit around and work them out. You will also find sneaky treasures hidden behind walls throughout the Tomb that may require you to make use of your Force Push ability and launch an enemy into the wall which will cause it to explode and allow you to access it.

A great part of this game is the Databank section and Tactical Guide, these gives you a fantastic amount of lore on the world, story, enemies, and characters which great for both those who don’t know much about the Star Wars lore as well as well as hardcore fans. As you can read up a short description on the previous section of the game to get a more in-depth look on what’s going on. Same with the enemies, once you’ve beaten it and scanned you can find it in the Databank and it’ll give you tips and tricks on how to fight it with less struggle in the future. And for those who like to get really invested into the world can use BD-1 to scan certain structures or paintings then read up on the background of them.

The sound design for this game is incredible within every aspect. To begin, the Lightsaber sound effects along with the sound of the footsteps give a lot of weight to Cal which makes you truly feel like a powerful Jedi. The soundtrack within this game is extraordinary and helps bring the Star Wars universe to life by playing ominous music when a dangerous event is about to occur as well as a light-hearted tune for when you open a Chest. It doesn’t stop there, the voice acting within this game is very well done and really helps show the character’s emotion. It has to be said though that this game is best played with a headset on to give you a truly immersive experience.

Unfortunately, there are some technical issues with this game. To begin, on the base PS4 and Xbox One, the loading can be very poor at times as there are times that you’ll find yourself in a very long loading spike when trying to visit the different areas on the planets, this is a significant problem with this game as in order to find all the treasures and essences you’ll need to be constantly going back and forth through the areas. This issue is even more of a problem with the lack of Fast Travel in the game. Alongside this, when you’re attempting to quickly sprint through areas, the game massively struggles to keep up causing the textures to fail to load in and sometimes even the map won’t load in at all so you’ll just be running around on an invisible path.

Fun puzzles to solve throughout your adventure.

In conclusion, Star Wars Jedi: Fallen Order is an excellent game but there’s a lot that can be expanded upon in the next title, such as polishing up the game and making sure it runs smoothly for those on all platforms. They definitely need to work on fixing the balancing issues within this game, as people like the fun abilities but there needs to be more restrictions on it, for example you shouldn’t you be able to pick up and throw a boss off the map or be able to pull an enemy towards you and just one shot them without any difficulty what so ever. Back to the difficulty modes mentioned earlier, they need to adjust the amount of damage an enemy can perform on Jedi Grandmaster as at the moment it doesn’t quite work. I also think they need to add a tab in the menu screen to allow you to easily find what area you’re missing items in. Hopefully, the next game in the series will have some kind of way to get around faster, either by using the Meditation Points as a form of teleportation or some kind of vehicle.

Star Wars Jedi Fallen Order brings a unique take to the world of Star Wars by implementing a Soulslike element to it. This is an excellent immersive adventure with flashy moves, incredible music, remarkable graphics, and a fantastic story that does a great job of setting up the next game.

Shane has been at Gamer Guides since 2019 where he first joined as a contributor before coming on as an Editor in 2020. He brings an interesting look at all platforms and insight into the world of streaming.