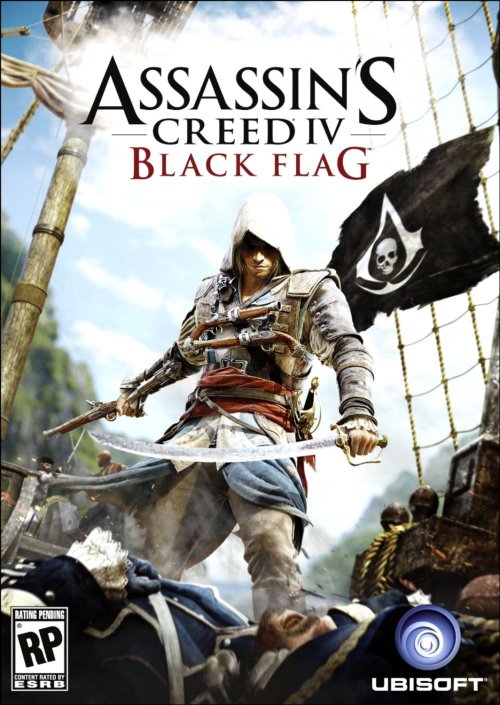 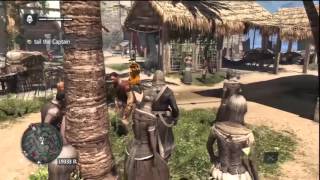 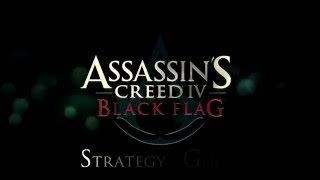 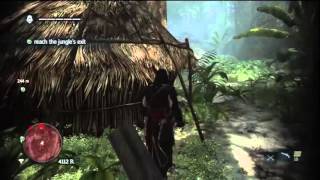 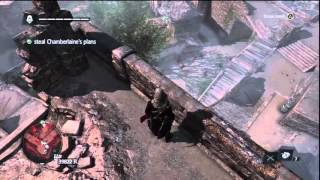 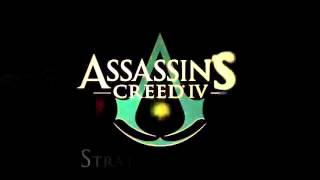 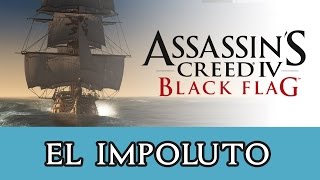 Guide: http://www.gamerguides.com/assassins-creed-iv-black-flag/ iPad App: https://itunes.apple.com/us/app/gamer-guides/id599410871 The El Impoluto is an ominous sight and can be a massively tricky encounter your first time around. This vessel's two major strengths are its ram which can cause devastating amounts of damage even on a fully upgraded hull and its broadside attack which fires more cannons at once than you can count. As most of its firepower lays in the front and sides of the vessel, the obvious safe spot is in the water behind it. Unfortunately the El Impoluto is quite a maneuverable ship and can change its direction and pick up speed extremely quickly. If you see the ship sail right out of your range of attacks and then turn suddenly you know that it is about to ram at you with speed. If you do see it coming, do not try to steer to either side of it -- this invites the El Impoluto to slam directly into the side of your vessel, which is pretty much an instant de-synchronisation. Instead; try to turn all the way around and off to the side, so that your back is facing it. This will cause a glancing blow rather than a deadly one and you can hit it with a heavy shot or two as it comes up your side. Due to its speed it will also end up in front of you. This is where you should attempt to spend most of the fight. From here you should still be able to use most of your attacks but don't get carried away as the major focus of your offensive efforts should be on dropping mortars and using the chain shot. Every time it attempts to ram you, repeat the process and then stick to its rear as long as you can. Eventually, with a bit of luck, and a lot of practice you will be able to fell this monster. 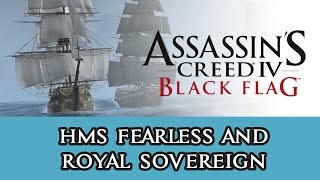 Guide: http://www.gamerguides.com/assassins-creed-iv-black-flag/ iPad App: https://itunes.apple.com/us/app/gamer-guides/id599410871 What is worse than a single level 75 Man o' War with massive armour and overpowered weapons? Why, two of them at once of course. This legendary ship encounter is by far the hardest in the game. Not only are both of these ships more powerful than anything else you have encountered in the game (except other legendary ships) on their own, you have to fight both of them together and they work as a team. The most important part of this fight is to stay as far away from the ships as you can, dropping mortars on them from the maximum range possible and making sure that you never, ever let them flank you. They have an extremely powerful broadside attack and if both of them unleash it on you simultaneously you are in serious trouble. With fully upgraded mortars and broadside and full ammo, I was able to stay at a distance and rain mortars down on whichever vessel was in range at the time. By the time I was out of ammo, a few convenient passes with heavy shots and swivel gun action on some weak spots saw the first vessel sink. Afterwards it was just a matter of focusing on the second ship and whittling its health away too. Do note that when you take out one ship, the other will set itself on fire and gain a huge burst of speed and a ram that decimates even the sturdiest hull. You will want to make sure that the final ship is significantly damaged before it does this, otherwise you will find yourself replaying this battle repeatedly. 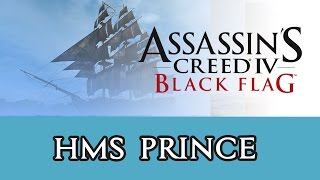 Guide: http://www.gamerguides.com/assassins-creed-iv-black-flag/ iPad App: https://itunes.apple.com/us/app/gamer-guides/id599410871 The HMS Prince is probably the easiest of all the legendary ship encounters. However whilst you battle this ship, you will also have to deal with a thick fog that can make visibility a little tricky at times. This legendary ship has a propensity to chain spam its mortar attacks and hit you with its massively damaging broadside attacks as well. Fortunately, if you can avoid these attacks the difficulty of the encounter drops significantly. The easiest way to defeat this ship is to try and take the mortars out of the equation. That means trying to stay as close as you can to the rear of the enemy vessel, either by constantly maintaining a position slightly off to the side or following directly behind it. From here you should still be able to use most of your attacks but the major focus of your offensive efforts should be on dropping mortars and using the chain shot. When the ship turns, which it will, use the opportunity to hit it with a few heavy shots whilst you try to re-position yourself behind it again. 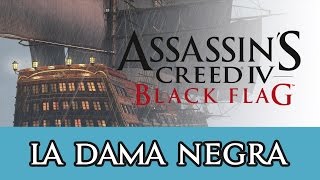 Guide: http://www.gamerguides.com/assassins-creed-iv-black-flag/ iPad App: https://itunes.apple.com/us/app/gamer-guides/id599410871 This legendary ship, like the others, has a massive broadside attack, but its most devastating ability is the invisible mortar shots that it fires. The mortars will not appear on the water as the typical yellow/red silhouettes that we are used to, instead you need to watch where the mortars are going to avoid them. This ship will fire the mortars from left to right. There is a spot in the middle where you can avoid the fire but it requires immense precision. Its backside is the most vulnerable part of the ship. Both hulls are impenetrable by ramming and cannon fire so always try to circle behind it. It is not as maneuverable as El Impoluto so you should be able to get around it. Unleash chain shots and mortars once you're there. As long as you can maintain your position at the back of the ship, you will have no trouble taking it down.