Far Cry 5 scales up the destruction and chaos of the Far Cry series unlike never before in a playground that spans an entire county. The more linear style of the campaign is switched up for a more open, choose your own route style and the game is all the more better for it. After the initial intro, you’re dropped into the world and left to your own devices to work your way through Hope County as you look to track down your missing companions and stop the Cult lead by Joseph Seed. 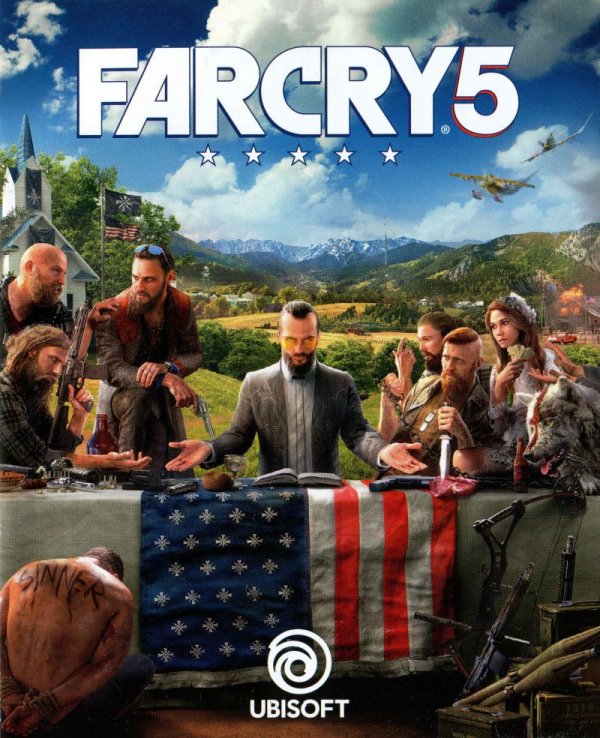 The gameplay itself is very similar to past titles, you have a huge selection of guns to choose from and you can decide to play it all action or take a more conservative approach. You have the addition of companions you can seek out around the county and they all come with their own skills and weapons which makes changing them up useful based on the mission you’re about to undertake. One companion for example will arrive in a Helicopter, giving you your own personal ride every time you call on them, this makes it a lot easier to get around as Hope County is a huge world with lots to see and do. 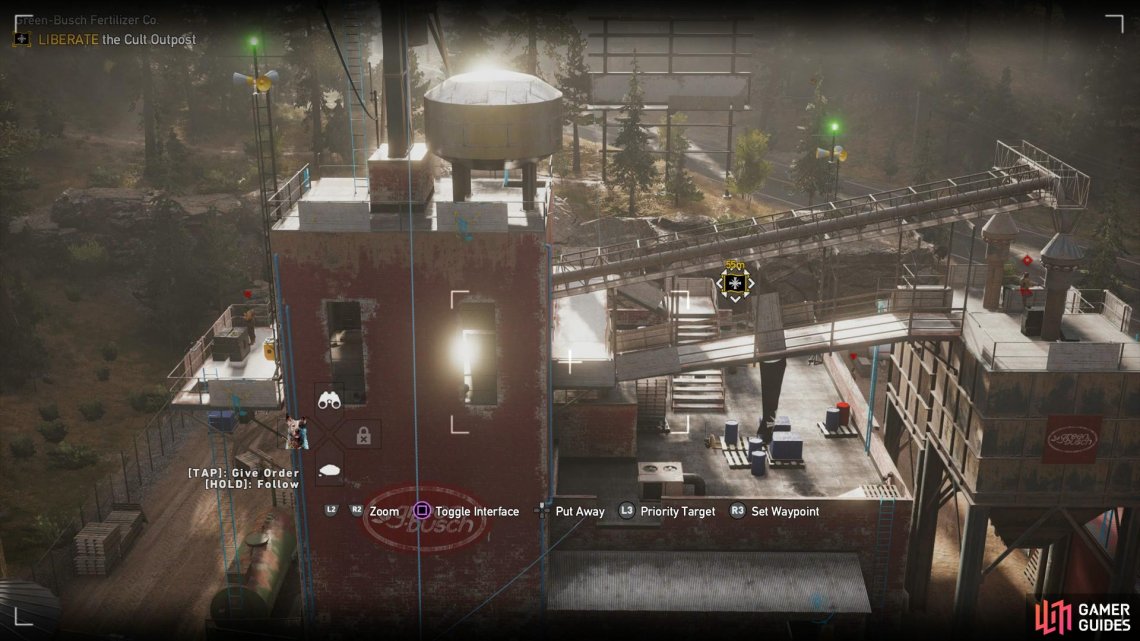 There are many ways to take down an Outpost.

There’s a lot more variety in the missions too, some will require a stealthy approach, others will require setting ablaze fields and going all out action. There are also Prepper Stashes, a type of mission which acts as a treasure hunt and offers a nice distraction from the usual destruction. Often these are met with a small puzzle as you work your way to the area and are usually rewarded with items, ammo and skill magazines, items that allow you to configure your skills to unlock new possibilities. Most skills are useful, although some are vital and should probably have been unlocked from the beginning such as allowing you to hold more than one weapon or boosting your ammo reserves a little. You can even boost the effectiveness of your companions via skills and if you intend to play the game solo, you’ll want to invest in the skills that reduce the cooldown on when you can call them back out.

Where Far Cry 5 really shines however is with the newly added Co-op mode that allows you to drop in or out at a moment’s notice with a friend and play through the entire story. This adds unparalleled amounts of fun be it blasting through Outposts together or just touring through the county, wrecking mayhem as you go. It does need to be mentioned however that if you’re playing with a dedicated friend, you’ll want to always have the same host start the game. This is due to the fact that the story missions will only stay complete on the host’s save file, when you return to your own, you’ll have to redo them. You do however retain the skill points and money that you earn from a session so you’ll most likely end up blitzing through your own campaign after. This is an oversight and brings down the enjoyment a little as keeping your progress would have made the package that much better. Don’t let it detract from your enjoyment however, Far Cry 5 is by far best played as a Co-op experience and one that every shooter fan should experience.

The narrative itself is fine, if a little barebones. You play as a new Deputy to Hope County as you look to find and apprehend Joseph Seed and his cultist family that have wreaked havoc in the county. Joseph himself is an interesting villain although his religious mutterings can get a bit tiring after hearing them over and over again. The larger problem with the story is the way it’s told and accessed however, as you work through each region, trying to liberate them from the Cult, you’ll fill up a progress bar notifying that you’re getting the attention of the current family member there. The problem here is, at certain intervals, you’ll be forced into a story mission regardless of what you’re doing. Should you reach this milestone, shortly after you’ll be hit with a sleep inducing drug that can’t be avoided and then proceed to begin the story mission, even should you be flying a plane or helicopter, you’ll still be struck. This can really interfere if you’re undertaking other missions or an Outpost and just happen to hit this milestone. 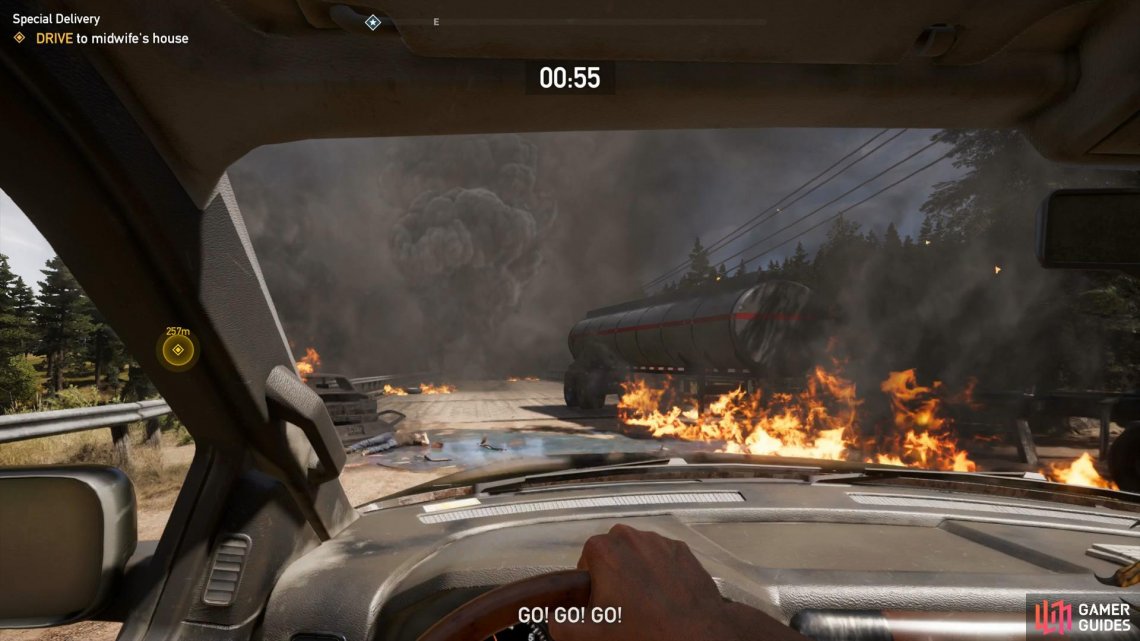 Some Side Missions are borderline bonkers but offer plenty of fun due to their quirky nature.

Far Cry 5 comes loaded with the promising, but disappointing, Arcade mode, a full multiplayer mode. You can access this either from the menu or one of the many arcade cabinets around Hope County and it will allow you to jump into many different multiplayer modes. You’ll also find a fairly in-depth level editor here however it’s often barebones levels without much thought as the Far Cry 5 campaign is where the game shines, not its multiplayer mode. It’s not all without loss however, any money or skill points you earn during the multiplayer mode can be carried back over to your main game, allowing you to take a break from the campaign and still feel like you’re progressing.

Far Cry 5 offers a new, interesting perspective on the Far Cry series and it’s a much needed one to stop the series from becoming stale. The Co-op mode is the highlight and you’ll get hours of enjoyment out of it should you stick around and explore Hope County to its fullest.