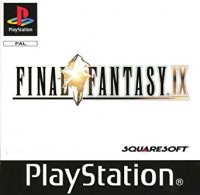 The Final Fantasy brand really took off after Final Fantasy VII released, which opened up the way for a lot of Japanese-styled RPGs back during the Playstation 1 era. Squaresoft were the kings of the JRPG back in the day, with more than just the Final Fantasy series. The departure from the classic Final Fantasy themes came with both FFVII and FFVIII, but Squaresoft decided to pay homage to the classics with Final Fantasy IX. Instead of a modern-like setting with futuristic elements, FFIX would go back to the medieval themes, trying to prey on the nostalgic feelings that Final Fantasy delivered in the past. It was definitely a huge hit back on the original Playstation, which would then receive mobile phone ports and even releases on the Playstation 4 and other current gen hardware. 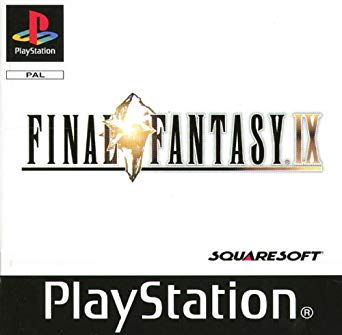 Story is always an important aspect of a RPG, as the game is telling you a story of its world and characters. Final Fantasy IX begins with a troupe of bandits planning the abduction of the princess of Alexandria, only for things to go a little awry, plus an added twist of the princess wanting to be kidnapped. From there, things get a little crazier and the story will take you through a few more twists and turns. Overall, the story in FFIX is well done and you will see the majority of the playable characters receiving development and improvement to their personalities.

Adding on to this, the mostly optional Active Time Events will also help flesh out some of the minor characters, and even give you more background on the main characters of the game. Rather than just force you to watch a cutscene about another character, Final Fantasy IX will mostly give you the option to do this with Active Time Events. As you explore the game’s world, you will see a prompt pop up in the lower corner of the street, where you can choose to view these Active Time Events. For example, you see Quina’s struggle for pursuing cuisine, as well as more of his/her wackiness in these little scenes.

At its original release, Final Fantasy IX was definitely a great looking game, as Squaresoft was one of the top-notch developers for graphics. You can definitely see this in the FMVs that play throughout the game and while they definitely don’t stand up to games in 2019, they are still very well done. The modern ports of the game did a nice job in smoothing out the characters and enemies, but the backgrounds are still their fuzzy selves from the original release. Sure, it would take a lot of work to prettify the backgrounds, since they were all prerendered, they still could have done something to them.

Any game is more than just the graphics, as the sound design must also be competent to complete the whole package. The famous Nobuo Uematsu did the soundtrack for Final Fantasy IX and it shows, as his excellent compositions only add to the game’s overall value. The battle themes, which is going to be heard a lot in a RPG, are both catchy and well composed. As far as the sound effects go, they are pretty good. For example, whenever Steiner runs, you will hear his armor clanking, which is a nice touch to a Playstation game. All other sound effects are not out of place, including those in battle, so your ears will be pleased and comfortable throughout the game.

Final Fantasy IX uses the Active Time Battle system from previous FF games, where a bar fills up and once it is, you will be able to input a command in battle. The catch is that the ATB bar does seem it was a little slower in this game than in previous ones, making the battle system feel sluggish at times. Couple this with some long animations here and there, as well as the camera panning around at the beginning of every fight (thankfully, you can disable this in the modern ports), battles might start feeling like a chore. Despite that, though, battles are still fun and can feel a bit tactical sometimes, since characters aren’t going to be feel extremely powerful.

Characters look crisp, but the backgrounds weren’t touched much, if at all.

Unlike some of the previous installments right before this one, FFIX uses an equipment ability system for characters to learn skills. Almost every piece of equipment has a skill or passive ability on it, which require Ability Points earned from fighting to learn. Once a character learns an ability, they will be able to swap out that piece of equipment for another, letting you build up their repertoire. Combine this with the fact that characters are restricted to certain types of equipment, and you have a diverse cast of character classes, where everyone can feel distinct and useful in various situations.

As far as content goes, FFIX has a lot of it, from the expansive story to all of the side quests and minigames. The two biggest minigames are Chocobo Hot and Cold, and Tetra Master. The former lets you dig up what are essentially treasure maps, allowing you to find a bunch of goodies throughout the game’s world. The only slight problem is that Hot and Cold feels a bit slow in the modern versions of the game, but thankfully, the speed up booster tends to improve that by a bit. The other minigame mentioned is Tetra Master, a card game that is similar in nature to Triple Triad in Final Fantasy VIII. However, other than being a distraction and quite random with its rules, Tetra Master offers no gameplay incentives at all, so it can be largely ignored.

Introduced with the PS4 and Xbox One versions of the game, you have the trophies and achievements, respectively. While they’re not for everyone, the list for Final Fantasy IX is definitely not an easy one, by any means. Spouting trophies and achievements for all Active Time Events, as well as some other big things, this can extend the playing time for any player. What makes a game that might be 60-70 hours long turn into possibly another 10-20 hours extends the longevity of one of the better Final Fantasy games in existence.

While the modern ports are still worthy of your time, there are a few problems with them. The biggest one involves input lag, which is probably a case of them being ported over from the mobile versions of the game. This is especially problematic in some of the minigames, like the jumping rope, where it can be decidingly more difficult. Also, for some reason, the 360 degree movement offered in the original is now gone in these versions, meaning it might be a nuisance to have your characters move the way you want them. Despite that, the game’s overall presentation and gameplay leaves FFIX as a gem, just like it was back with the original release and it is definitely worth a purchase and play.

The modern ports of Final Fantasy IX are a great way to play the game, despite a few technical shortcomings that weren’t present in the original.

Jarrod started writing walkthroughs for games in 2002, and has been playing games since he was three years old, on the original NES. He is a huge fan of JRPGs and platformers, with Chrono Trigger being one of his top games of all time. Other hobbies include doing puzzles and listening to music.