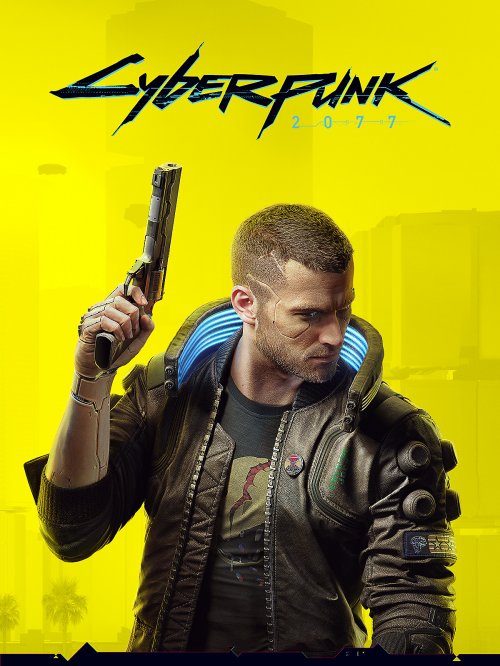 Cyberpunk isn’t a terribly difficult platinum trophy, but there are some pitfalls you have to be wary of. For an RPG, most of your dialogue choices don’t matter all that much, and while it’s possible to botch some of the Side Job questlines whose completion otherwise awards a trophy/achievement, failing these is usually a matter of outright non-participation. With a few exceptions, so long as you don’t outright refuse to do a job when asked, it’s hard to mess them up. These Side Job questlines include:

You also have several ending-related trophies, two of which can be missed. If you do not successfully complete Panam’s Side Job questline (in the process earning Life of the Road) you won’t be able to unlock the All Along the Watchtower epilogue, which in turn will prevent you from earning The Star.

The Devil is also somewhat tricky, as you have to opt to pursue Hanako’s ending route (see Nocturne Op55N1 for more details - this ending route is always available), but you also must save Takemura during the Main Job Search and Destroy. There is no prompt or objective to do this, and if you just follow the quest trail it’ll lead you out of the building, abandoning Takemura and voiding this trophy/achievement. See the linked page for this quest for more details.

The rest of the ending trophies cannot be missed unless you don’t befriend Johnny during Chippin’ In and you don’t complete Rogue’s Side Job Blistering Love, but since you can opt to make a post-game save that takes you back before the point of no return, you can always just finish the aforementioned Rogue quest later.

For Master Crafter you’ll need the “Edgerunner Artistan” perk in the Crafting skill tree, which in turn requires Technical Ability 18. V for Vendetta requires Body 16, and Ten out of Ten requires you to max out any skill level at 20, and hence its related attribute must also be 20. Rough Landing and The Quick and the Dead have no specific attribute requirements, but the former requires Berserk cyberware and the latter requires Sandevistan cyberware, which tend to have Body and Reflexes requirements, respectively.

The obvious solution to most of these trophies/achievements is to save up points until you have enough to heavily invest in a single attribute, save your game, spend your points, grind out a trophy, then reload the save before you spent any of your points. There’s no reason to draw things out or keep points invested where you don’t want them. Depending on where you allocate your starting attributes, you’ll need to hit level 26 at a minimum to max out one attribute and have enough free points pooled up to save scum the other trophies/achievements. The level cap in Cyberpunk is 50, and considering you’ve got to complete all the Main Jobs, Gigs, NCPD Hustles and Cyberpsycho Sightings for various trophies, not to mention max out your Street Cred, you’ll easily hit this and higher.

As for Ten out of Ten, it’s one of the grinder trophies in the game, and while technically only missable if you neglect to max out an attribute, it’s not really something you can easily grind out. We recommend picking a skill (preferably an offensive skill - “Annihilation”, “Assault”, “Blades”, “Hanguns”, “Quickhack” or “Street Brawler”), maxing the related attribute out as quickly as possible, then exclusively use those weapons as you work on other trophies (clearing Main Jobs, Gigs, Hustles, etc.). Remember, it’s not just the attribute you need to max, it’s the skill related to it.

We recommend investing in Intelligence, as Breach Protocol will make unlocking Christmas Tree Attack much easier, and the “Mass Vulnerability” daemon is just a great debuff that’ll make any build better. Quickhacking is even more potent, and unlike many other skill trees, it actually responds well to heavy perk investment, especially “Bartmoss’ Legacy”, which allows you to craft legendary quickhacks. It’s hard to overstate how powerful some of these are, with legendary Ping and Short Circuit being incredibly useful for virtually any build, and legendary Contagion being capable of clearing entire floors. It’s also not a bad skill to level for Ten out of Ten, which is another bit of incentive to invest in it.

Finally you have Stanislavski's Method and Breathtaking, which are both technically missable. In the case of Stanislavski's Method, you’ll pick a lifepath during character creation, which will determine V’s origin. During the course of the game you’ll get dialogue choices related to your lifepath. These aren’t subtle, as they’ll have [Corpo], [Nomad] and [Streetkid] tags next to them, nor are they scarce, as they’ll appear during Main Jobs, Side Jobs and Gigs, sometimes several during a single job. Suffice to say, you almost have to go out of your way to miss this trophy, which requires you to pick a lifepath related dialogue option a mere ten times during your playthrough.

Step 1 - Play Through the Main Jobs Until Nocturne Op55N1¶

Pretty straight forward, just play through the Main Jobs until you reach the point of no return. You should be able to tackle Gigs, NCPD Hustles and Cyberpsycho Sightings as you wish, but you can also just ignore them at this phase. You won’t be able to visit any district besides Watson until you complete The Heist, so make that a priority The only things to watch out for here is that you rescue Takemura during Search and Destroy, and that you pick lifepath related dialogue options whenever they pop up.

Now that you’ve reached the point of no return, it’s time to turn your attention to all the trophy-related side content. This includes all the Gigs, NCPD Hustles and Cyberpsycho Sightings, as well as the Side Job questlines for Judy, Panam, Johnny/Rogue, River and Kerry.

During this phase, be sure to max out one of your attributes and try to get kills with a related weapon skill for the trophy/achievement Ten out of Ten. Once that’s done, save up attribute points for later until you have enough of them pooled up so you can save scum other trophies. While working on the Gigs Psychofan and [Family Heirloom], be sure to grab Johnny’s Pants and Johnny’s Shoes for Breathtaking.

Finally, during this phase you’ll be traveling around a lot, so you might as well seek out all the tarot graffit for The Wandering Fool, all the fast travel terminals for Frequent Flyer, and hopefully you’ll also reach max Street Cred and max out a skill for Legend of The Afterlife and Ten out of Ten, respectively.

To Protect and Serve
To Bad Decisions!
Judy vs Night City
Life of the Road
Bushido and Chill
Breathtaking
It's Elementary
I Am The Law
Greetings from Pacifica!
The Wasteland
Little Tokyo
Mean Streets
The Jungle
City Lights
Ten out of Ten
True Soldier
True Warrior
The Wandering Fool
Frequent Flyer
Legend of The Afterlife

With all the money and experience you gained in the previous step, you should have been able to save up a good bit of both. In the former case, go around and buy the vehicles for sale by various fixers - they appear on your map as yellow quest markers, other cars do not seem to count. Buy them all and you’ll earn the Autojock trophy/achievement.

Assuming you accrued enough attribute points, make a hard save, invest them where necessary, then grind out the various attribute-related trophies in the game. You’ll need Body 16 for V for Vendetta, and while you’re invested in that you should also seek to complete Rough Landing. Reflexes will allow you to equip Sandevistan cyberware, which will allow you to earn The Quick and the Dead and Gunslinger - a Sandevistan with a longer duration will help with the former, while a greater degree of time dilation with help with the latter. You’ll need to boost Technical Ability to 18 to buy the “Edgerunner Artistan” perk for Master Crafter, while Intelligence and investments into Breach Protocol will help with Christmas Tree Attack.

Full Body Conversion
Gun Fu
Christmas Tree Attack
Gunslinger
Two Heads, One Bullet
Rough Landing
Autojock
Master Crafter
Daemon In The Shell
The Quick and the Dead
Must Be Rats
V for Vendetta
Right Back At Ya

With all that done, all that’s left is the endings. At this point you should have completed all the Side Jobs that unlock the various endings, so now you just have to see things through. There are five ending routes you can take, although you should keep in mind that the ending routes don’t determine the trophy you get at the end - the epilogue you unlock does:

Whichever epilogue you pick, the first time you complete the game you’ll earn The World. After you finish all four epilogues you should finally earn Never Fade Away.