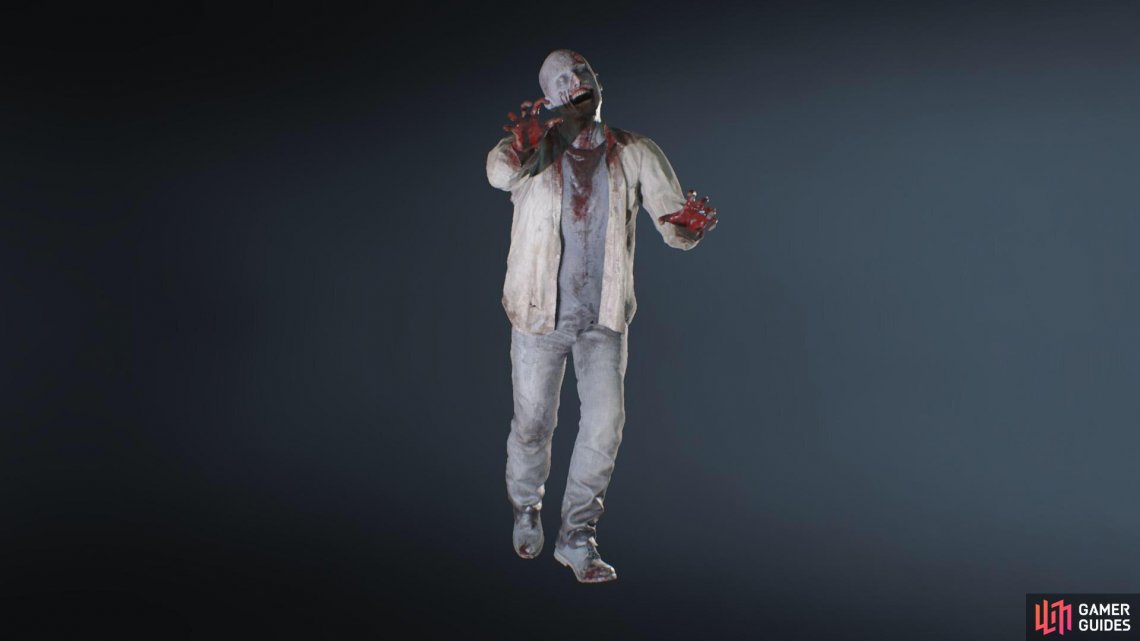 Zombies are the most common enemy you’ll find during your adventure through Raccoon City, as they appear in all locations. Your best course of action for these enemies is to dodge them, but if you have no choice but to take them down, you’ll want to shoot their head.

As you progress further into the game you’ll stumble across NE-Alpha Parasite, these are Zombies which have been infected by Nemesis. In order to deal with them you’ll want keep you distance and shoot its body until the orange head is exposed then shoot that until its dead.

Use Environmental Objects To Kill Zombies¶

There are certain objects littered around the game where you can use as a booby trap of some sort for your tactical advantage. These include Explosive Barrels and Electrocution.

When timed right, you can perform a perfect dodge giving you brief invulnerability when you dodge away from the zombie’s attack just before it connects.

You can also cripple zombies by damaging their legs. The zombies will still try to crawl towards you, but it will be much slower than when they are standing.