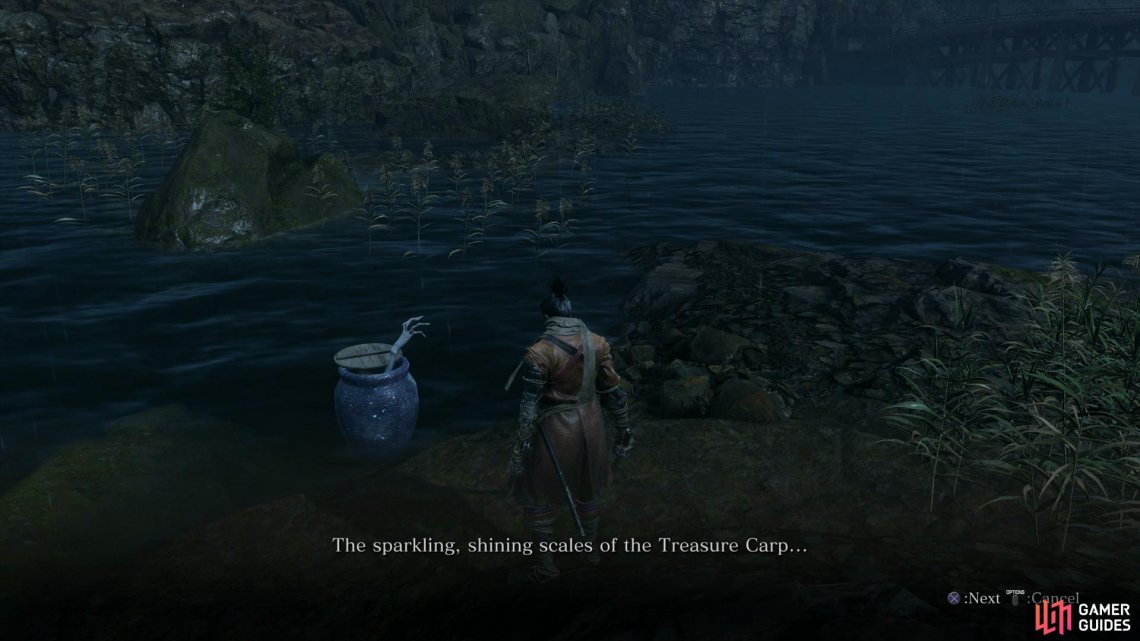 When you head to the Hirata Estate memory from the Dilapidated Temple, you’ll find him on an island in the large lake to the right of the bridge. Upon speaking to him, you’ll gain access to his shop where you can purchase various goods with Treasure Carp Scales. Spend at least three scales on good and then talk to him until he offer’s no new information.

After reaching Fountainhead Palace, return to him and spend a total of at least six Treasure Carp Scales and talk to him again, he will hand over a Truly Precious Bait to serve to the Great Colored Carp.

Return to Harunaga after serving the bait to find the new Great Colored Carp in the lake. Speak to him to gain access to the other Pot Noble’s wares and upon finishing, a Lapis Lazuli next to his pot.