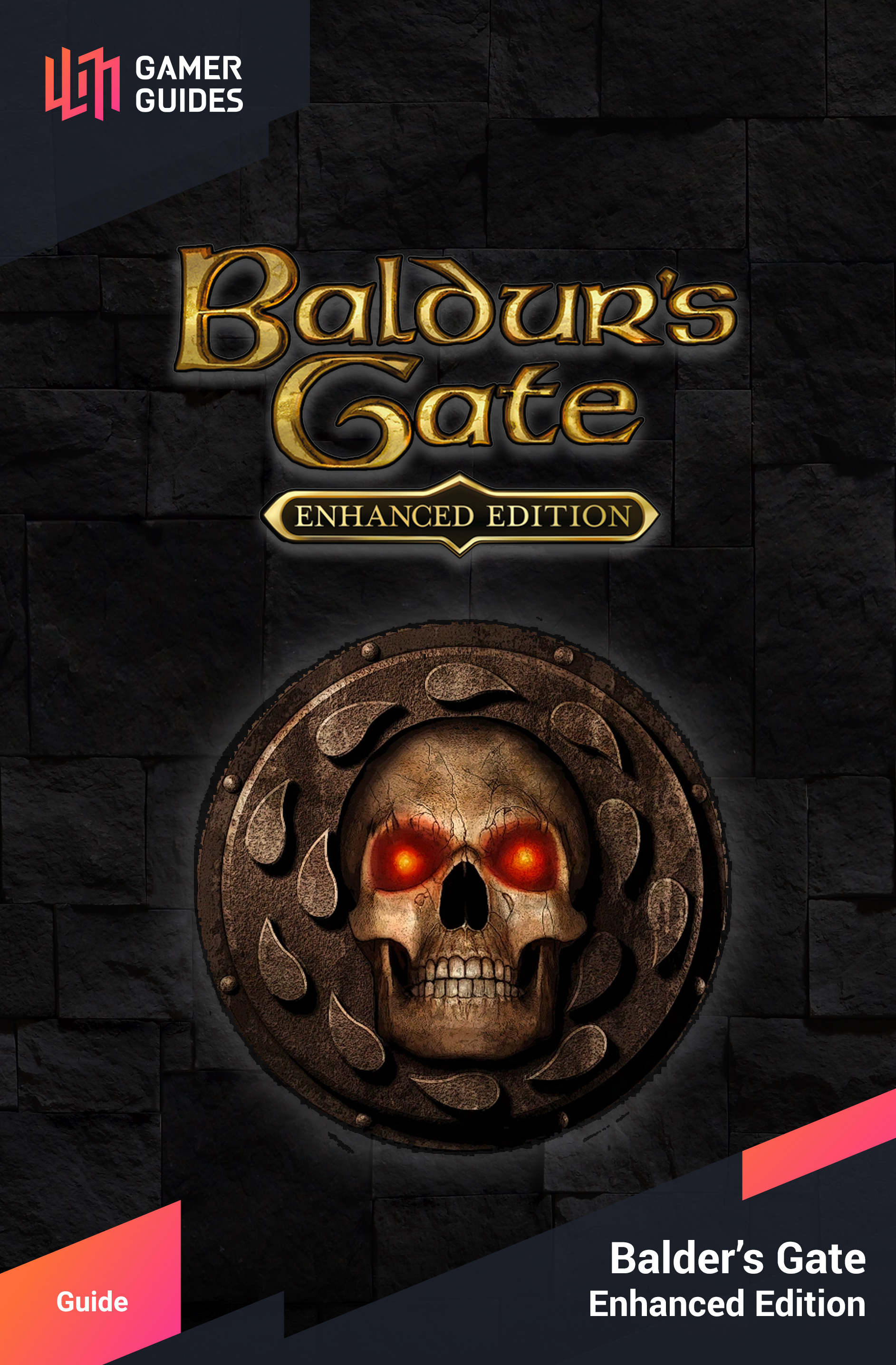 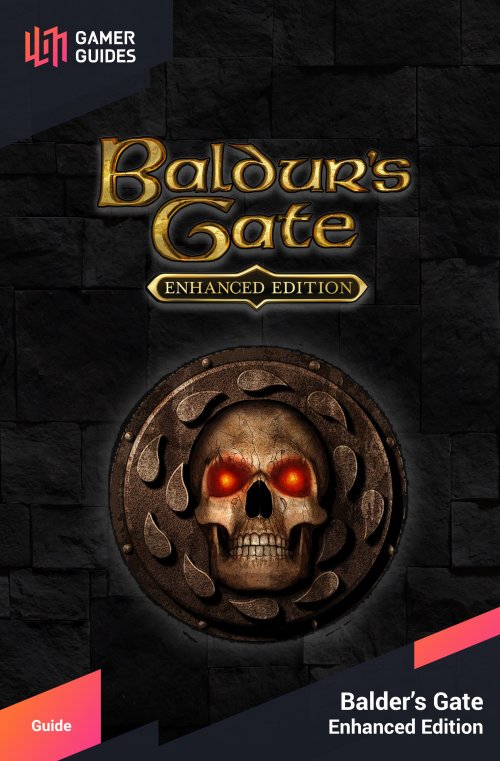 You briefly traveled through this area before, but now it's time to explore it all proper-like. That said, there's not a whole lot to see and do here save recover Unshey's belt. An Ogre is a threat worth having a full party for, however, especially at these vulnerable levels, hence the stop at the Friendly Arm Inn first. Before you go hunting Ogres, you may want to consider resting and memorizing spells, as there's a chance you've expended some in the fights between Candlekeep and now.

To do this, select your spell-casting characters (Xzar, for example) and press W to access the arcane spellbook or P to access the divine spellbook (Jaheira, for example). Assuming he hasn't learned anything else, stock up Xzar on Larloch's Minor Drain. while your protagonist (if they're a Mage) should memorize Spook if they have it, or Sleep if they don't. Magic Missile, which you should have obtained from Tarnesh, is a good third option. Jaheira should start out with Cure Light Wounds and Entangle memorized, both of which are good spells for the task immediately at hand.

All the spells the character knows will be on the scroll in the center of the screen, just click on them to find out what they do. Divine spellcasters (Clerics, Druids, Paladins, Rangers, etc.) tend to learn every spell available per level by default, while arcane spellcasters have to scribe spells via scrolls (Bards and Mages) or gain a set number of spells as their level increases (Sorcerer). The number of spells a caster can know per spell level (have in their spellbook) is dependent on their Intelligence score - another limitation that divine spellcasters don't have to bother with.

Spells are segregated into levels, which roughly indicates how powerful the spell is. Each spell level has its own list of spells and spell memorization slots, and new spell levels/memorization slots are unlocked as the character's level increases. You can select different spell levels by clicking at the numbers on top of the spell scroll page - divine spellcasters have up to seven spell levels, while arcane spellcasters have up to nine, although in either case you'll only reach 4th or 5th-level spells (varying by class) in this game.

Spells known and memorized are two different things - the number of spells a character knows tends not to increase by level (save for the Sorcerer) but the number of spells available for memorization does. The squares at the bottom of the screen indicate how many memorization slots, which become filled with spells as you queue them for memorization. After you select what spells you want to memorize, you'll need to successfully rest for 8 hours to fully commit them to memory, after which they can be cast.

To rest, simply select the closed eyelid icon from the main game screen, it's near the bottom left of the screen, just above the day/night cycle icon.

Now that you're freshly rested and raring to go, it's time to hunt an ogre! The beast in question is at roughly (x=4650, y=1650), and it should go without saying that fighting an Ogre can be... painful... at this point in the game, so use Jaheira to Entangle it and take it down with missile fire and spells. You can also use the Spook spell to send it into a panic, but this won't completely prevent it from attacking. In any event, you really don't want to melee at Ogre at these levels if you can avoid it.

When it dies it'll drop a Morning Star, two belts, and 38 gold. It would be best if you identified these belts before putting them on. The larger one is a Girdle of Masculinity/Femininity, and it will change its wearer into the opposite gender. Unless you like the change, you'll need a Remove Curse cast to get it off. It'll be a while before you can cast it, and it'll cost money to get it done at a temple. The other belt, however, is a Girdle of Piercing: Elves Bane, which confers a +3 Armor Class bonus against piercing weapons. This is the girdle Unshey wants back, and you can certainly return it... but why would you give it back? Strap this on a front-line character, especially one who might be sent out in front of the party to draw the fire of archers and it'll make their survival all the more likely.

Still, if you decide to give the belt back, the reward is below. If you change your mind later, the only way to get the belt back is to kill Unshey, which will cause your reputation to plummet and turn the entire level of the Friendly Arm Inn Unshey is on to turn hostile.. likely lowering your reputation further. For me, this belt always goes on Jaheira; she'll have the worst Armor Class of any front-liner, and could use the missile defense.

Other than that, there's not much in this area besides random encounters and some ruined caravans. Head south to Beregost when you're done exploring. 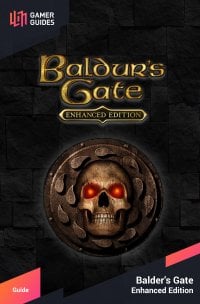