This page offers a guide on how to obtain and use the witch’s broom in Little Witch in the Woods.

How to Unlock the Broom¶

When Diane first appears in the Witch’s Garden, you’ll be given the broom as a free gift for signing up to the Witches’ Catalogue! Diane will appear in the garden the day after you see the crow in the garden.

The Witchs Broom is a freebie gift from Diane.

How to Use the Broom¶

The Broom is a useful mode of transportation as it lets you go a lot faster, especially if you use the boost function! You can also brake to help steer corners.

Controls for the Witchs Broom.

How to Fix the Broom¶

The Broom has a sort of stamina bar which depletes with prolonged use. Once the bar is empty, you’ll need to collect some sticks or mud and then use them to repair the broom on the workbench in the Witch’s workspace. Sticks are probably the easiest choice, especially in the beginning, because you can shake certain trees in Green Forest Plains to get up to three sticks at once. The more sticks or mud you use to repair the broom, the more replenished the broom’s “stamina” bar will be - think of sticks/mud as fuel for the broom!

Broom management is essential for using the broom! 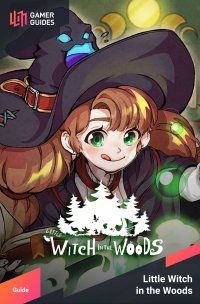