Back inside this cave, backtrack along the path Locke originally took you along to find yourself outside of the cave. Go west, upstairs, and into another one. Here, go along the linear path and through the first door you find to find a small maze with a light sparkle moving along. You’ll have to follow the light exactly or you’ll have to fight some Darksides, Eukaryotes, or Specters (all of which lack a Bestiary entry) and will have to start from the beginning. 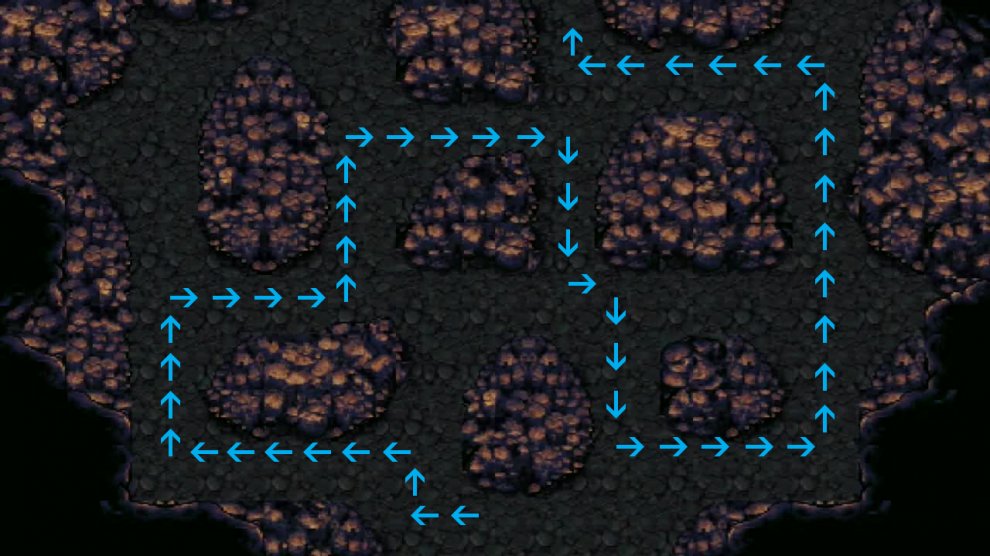 So, to be precise…

In the next area, go along the path to pass by a door. Go through it to find that area where you had the first group battle. Go to the north side of the area and to the next one. Here, you'll find the Moogles. Make friends with them or whatever, but you're really here for the **Rune Blade** . Go to the northwestern corner of the room and circle around to the Rune Blade's chest. Follow the path to the east to find the main path, which you can go southeast to exit the cavern.

From there, I am quite sure you can manage to return to the old man’s house – you know, the old man who rescued you at the beginning. If you can’t remember, head east and into the back entrance of the big house. Such ends the trio’s scenario.