Once you enter the temple, go forward and use the Bird Statue, then start going downstairs, cutting down the Quadro Baba and spider webs as you continue. Eventually, in the northern portion of the area, you’ll find a group of Blessed Butterflies. Play the Goddess Harp to find a Goddess Wall. It works in a similar manner to that of the gate to Lake Floria from earlier, but you can draw something and receive it - circle for Bombs, Rupee for Rupees, heart for hearts, etc. There is an EXCELLENT chart on GameFAQs for this sort of thing, and I also have this Goddess Wall stuff detailed in its own section.

Opposite the wall, you should find an opening to the large central room that you flooded last time. Go into that room and use the Bird Statue. Watch out for the Bokoblin Archer on the northern side of the room. Defeat the enemies in the room and go into the eastern room. 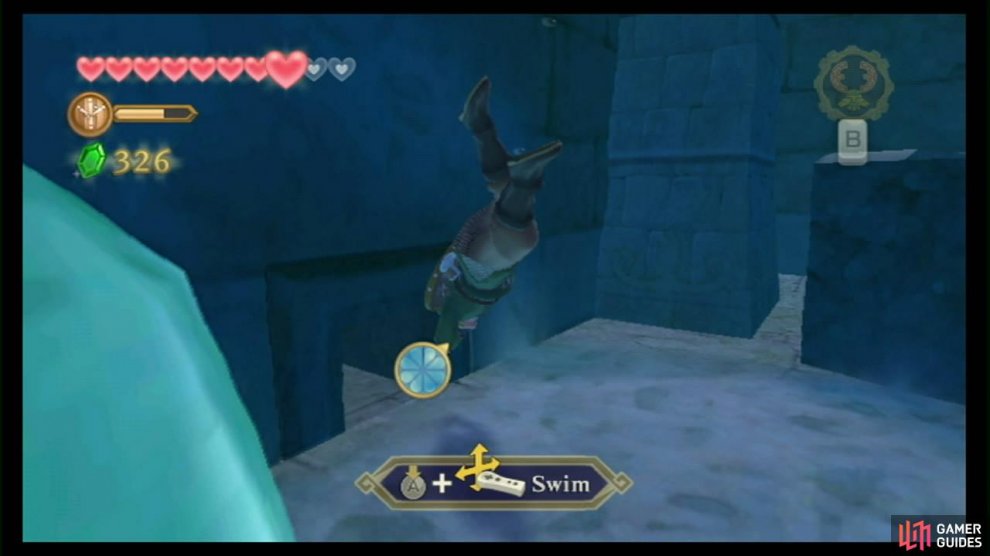 You should be in the ever-large chamber room. You’ll find a few Staldras around here, so be careful. Simply head to the northern side of the room – if you made the shortcut from earlier. Otherwise, you’ll need to take the LOOONG way around - go along the path through the eastern door for that.

Anyhow, once you reach the room with the massive abyss, we’ll have a problem. The two Bokoblin Archers at the other side of the pit can hit you from almost wherever you are in here, so head into the eastern alcove. Launch the Hook Beetle and start flying way high up, out of the reach of the arrows – and STAY high. Above the tightrope, in that general vicinity, you’ll find a Bomb Flower. Grab it and continue staying high, then drop the Bomb Flower onto one of the Bokoblin Archers, or between them to try and get both of them. 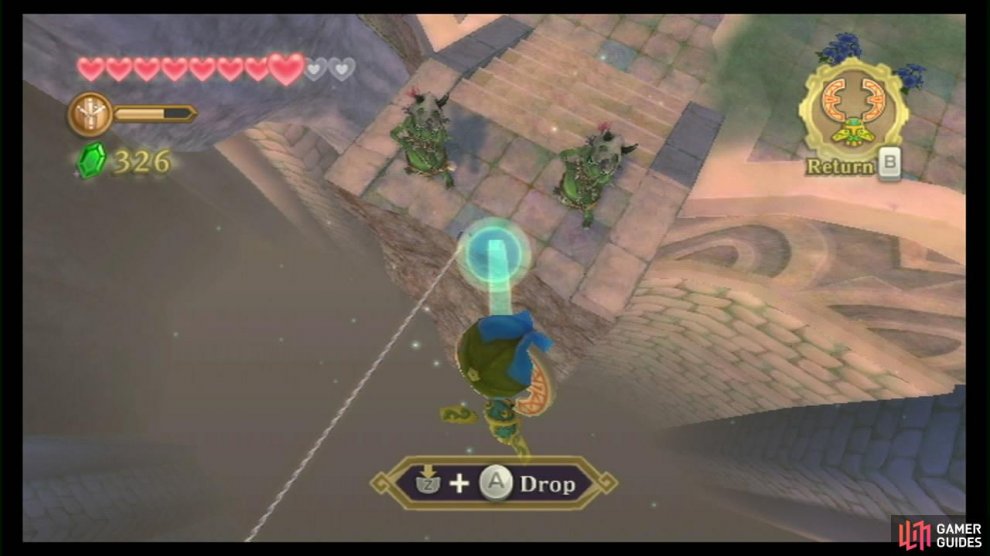 Anyhow, after the Bokoblin Archers are gone, cross the tightrope and speak with the Mogma that arrives. Use the Bird Statue and open the door and go into the boss room.

Not really a boss here, actually. It is just three Stalfos. Tough, but not deemable as a boss fight. A good strategy, much like in Wind Waker, would be to stun the Stalfos with Bombs. If you prefer close combat, you could also be Z-targeting one, moving backward or to the side when one is about to attack; their moves are kind of easy to dodge as long as you don’t screw up. Hit the exposed sections repeatedly, regardless of strategy used, and you’ll be able to win. You can find some free Bombs and hearts in the pots around the room. 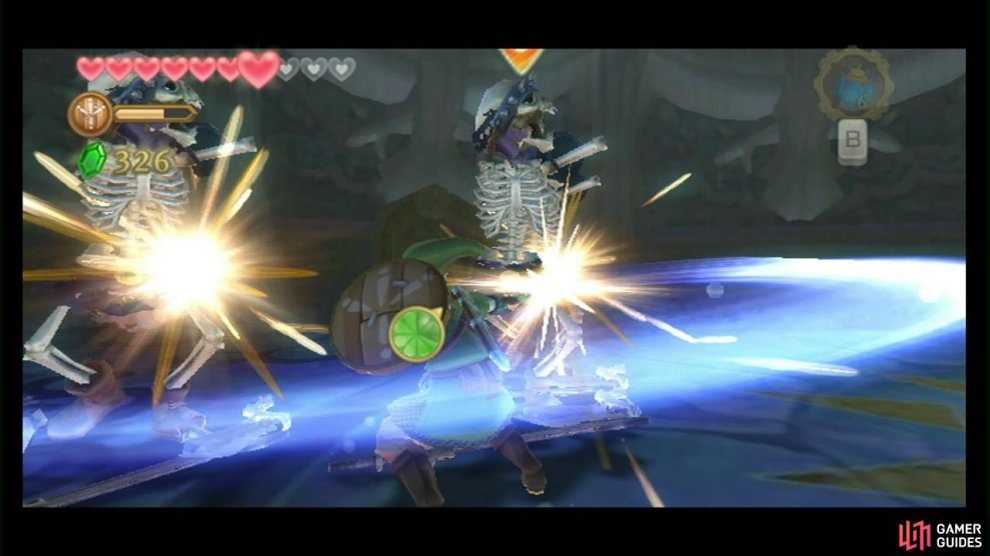 After the battle, the door will open to the Skyview Spring.