Louis Godin gets around and we need to find him. He has information we need so let’s go. Head over to the green marker and activate Eagle Vision to spot him. The game will now prompt you to tail him to wherever he’s going to.

He will head off between the stalls and turn right. Don’t forget to tag him so you can keep buildings between you without failing. Keep your distance by walking at the other side of the buildings to him and wait for him to walk down the street. Climb up to the “Pain Frais” sign and hop along here until you reach the end. Following from up high is easier because Godin will periodically stop and look around to make sure he isn’t being followed. Jump down at the end.

There is a set of bushes to the left that you can sit in safely and avoid being spotted by Godin and the jailer who is roaming around nearby. Wait until he is almost out of the alley before moving again. He will stop and look before turning left down the next one towards the harbour. Godin will meet a contact here and they will converse for a while. As they walk off, run around the large building and follow them on the other side. Duck into the bushes to listen a bit more. 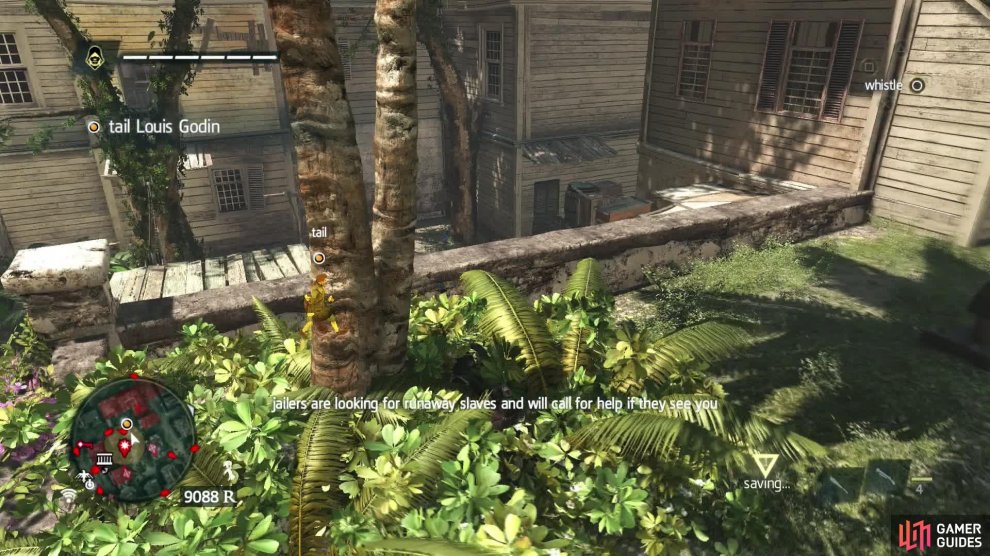 Here’s a tricky little bit. You’ll now need to swap the manifests but the place is crawling with guards. Select the firecrackers and throw some out and then switch to sleep darts. Put any guards that come over to sleep. This should sufficiently clear out enough guards so you can approach the manifest. Run on over and switch the manifests now. After you have done this, escape the area and hide. You may get spotted now but just fight off any guards that try to stop you. 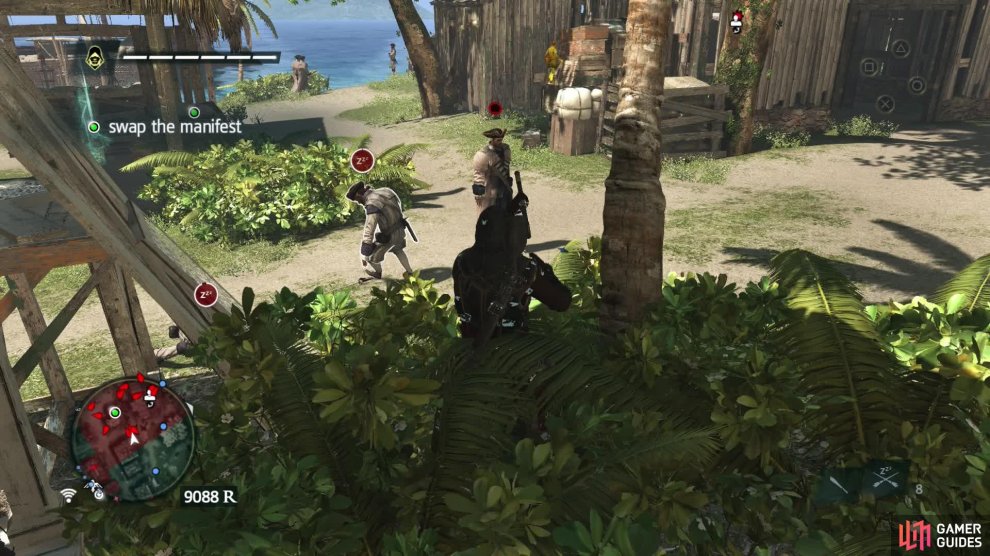 It goes without saying that the more firepower and upgrades you have, the easier you will find this mission and the optional objectives. Even with moderate equipment, you shouldn’t have too many problems as the only real threat is the brig. The schooners have very little firepower and can be taken out with a few mortars.

To check which ships are schooners, use the spyglass. Schooners are much smaller than brigs so it isn’t too hard to distinguish between them up close. From a distance it’s more difficult, particularly with poor visibility. Use the spyglass to look for schooners and then launch mortars when you find one. Mortars are the easiest way to whittle the flotilla down and keep the expedition from being damaged too much.

Repeat the process until only the brig is left. The brig is quite powerful and can really hurt you up close so if you have some mortars left, use those now. Combine mortars with round shot and keep up the fire. If the brig gets in really close, unleash a burst of heavy shot and then use the swivels to put nice big dents in the ship. Keep pounding away and you should easily defeat the flotilla in the allotted time. 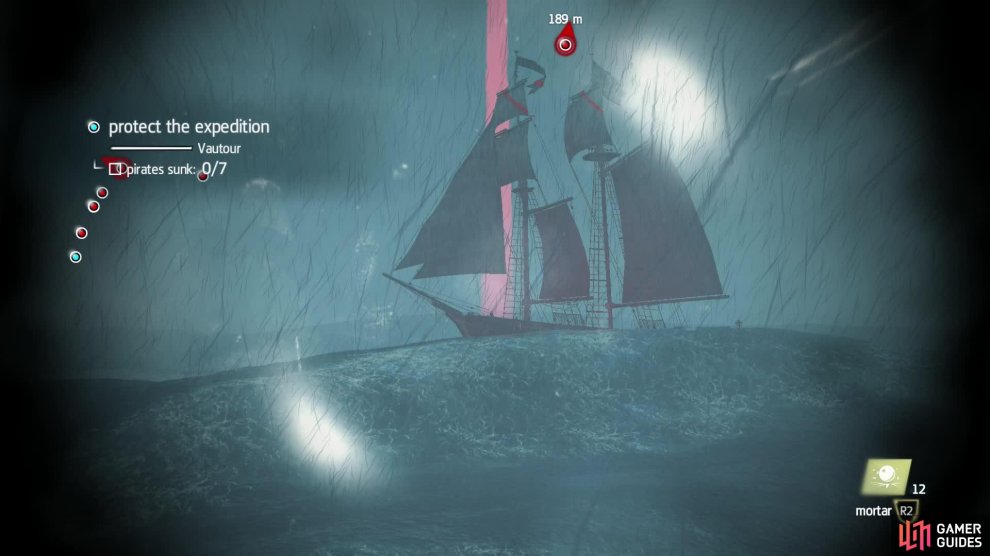