After accepting the contract, the assassination contract skull marker will appear on the map within a large, circular restricted area zone located in the grassy, open area just outside town to the north of the swamp area.

Run over to the target area and approach it from the east. Find the slanted stone that will get us up into the trees just at the eastern edge of the restricted zone. Run up and use this to access the trees when there is nobody looking (or if you have assassinated/put the nearby guards to sleep). From here, follow the branches to the west. When you have a good view of the area, enter Eagle Vision mode to identify the target. 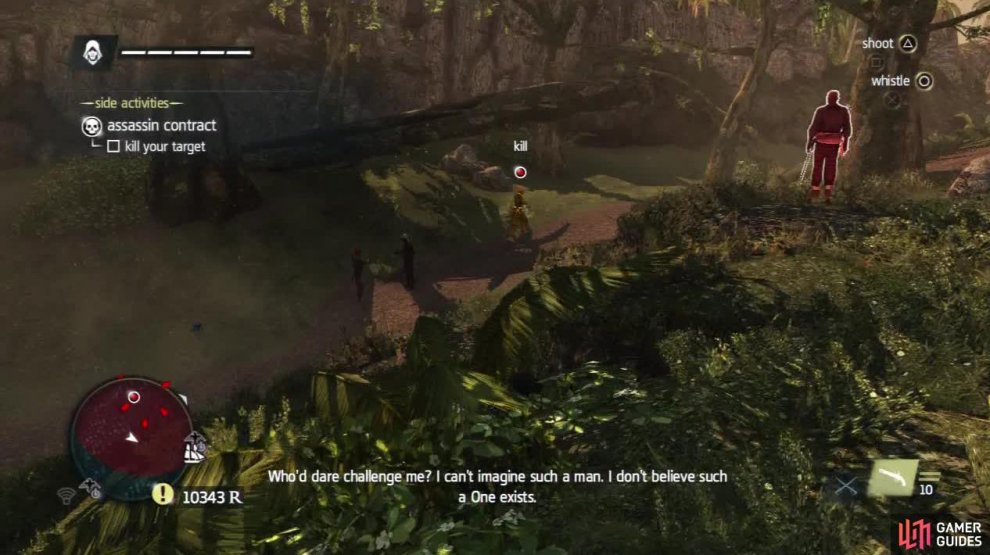 Climb out along the branches until you are sitting directly over the assassination target’s patrol route and drop down on him for an air assassination when he walks beneath you. This will fulfil the contract