After accepting the contract, if you look at the map whilst in the Andreas Island zone, you will notice that there is a small, restricted area at the dock on the eastern side of the map. Once you begin the contract, a ship will come and dock here. The assassination target will be on board. 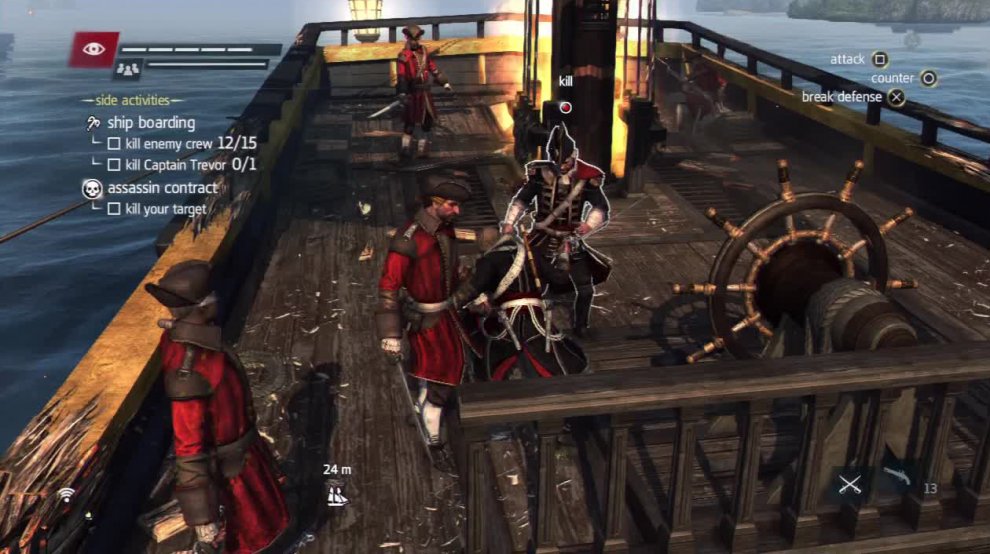 Fortunately, you do not have to remain undetected during this mission as it is quite difficult. I swam out using stealth swim to get around the far side of the ship from the island, then hopped aboard and killed everyone on deck. Once the target himself has been killed you’ll earn the reward and the contract will be finished.