This is a fairly simple and straightforward contract that does not require any real advanced upgrades or too much skill behind the wheel of the Jackdaw as you only need to take down three Spanish gunboats. The problem with this mission is finding the Spanish gunboats to begin with as the game will not place any objective markers for you on the map.

To do this, you want to cut large laps around the Eleuthera fort, using your spyglass to look at every ship you come across and engage and destroy three Spanish gunships. 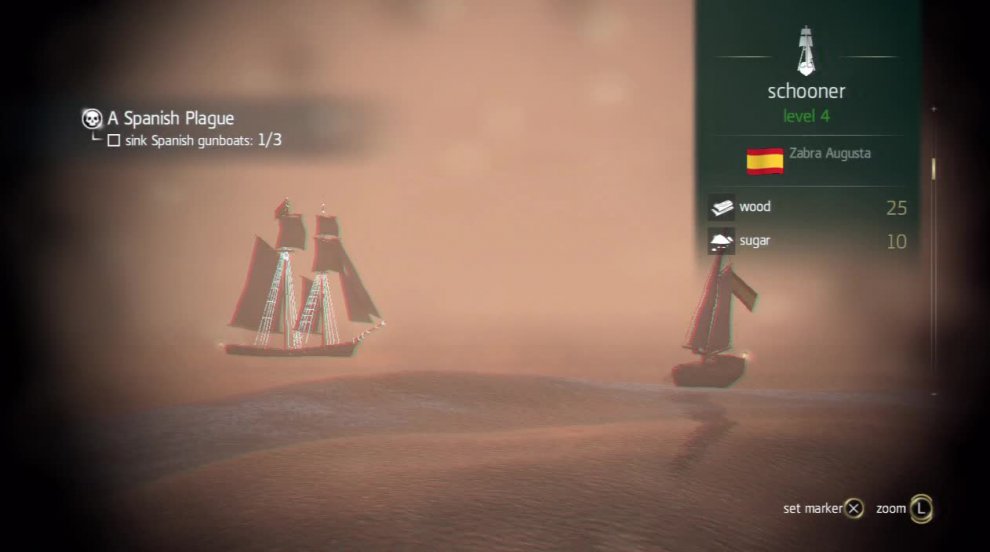 Note that the first time I tried this contract I could find no Spanish ships anywhere, instead there were nothing but British vessels around during 15 minutes of intense searching.

At this point I exited to the main menu and reloaded the save and lo and behold there were Spanish ships this time! As such, if you have a similar problem, try re-loading to see if it helps you out. Upon sinking the third ship, the contract will be finished.