After beginning the contract, we’ll first need to go and find the ship that we need to destroy. If you look at your map, you’ll see that there is a large, green investigation zone to the southeast. Sail over here and just to the south of the larger island south of Ile a Vache, you’ll find a group of three brigs. (I found them at coordinates: 825,112). These are the ship’s escort and we need to eliminate them to draw the target ship out.

Attack these ships and they separate from one another and will sail along the coast to the north. Follow them and take them down. Once they have been boarded or sunk (your call), the target ship – a big man o’ war will appear on the map just to the south of the Ile a Vache (and just to the north of the island we chased the three brigs around.

Sail over to meet it. Now the man o’ war can be a little tricky as it will not only fire off mortars at you that you’ll need to avoid, but if you get in too close it, also has some very powerful broadside/heavy shot attacks. As such, try to keep your distance a little and try to find an advantageous angle whilst doing your best to stay out of range of its attacks. 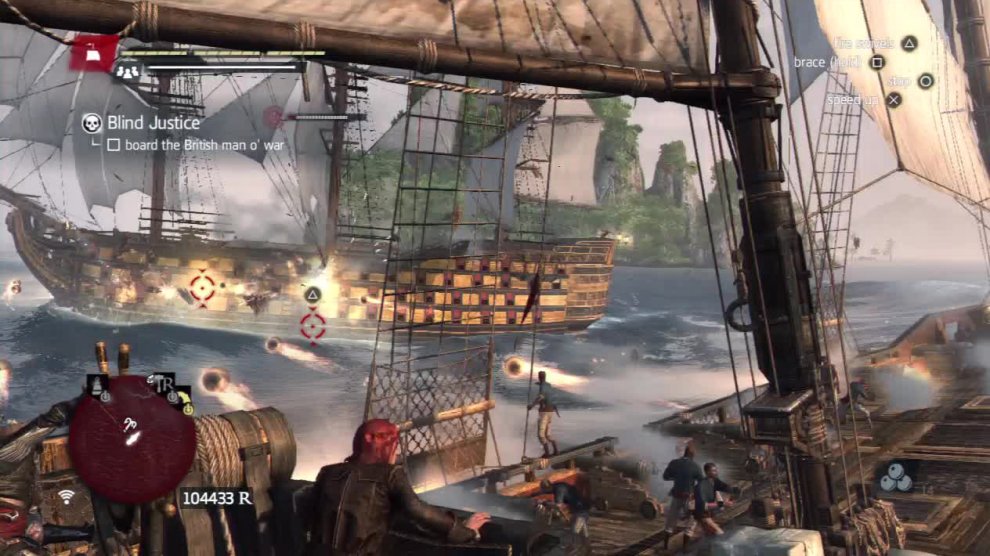 Once the ship has been damaged sufficiently to have it incapacitated, approach it and begin boarding. During boarding, we’ll have to kill 20 of its crew members and assassinate the captain. Doing so will complete the contract.