Once we have accepted the contract, re-board the Jackdaw and sail for the green investigation circle on the map marked with the green waypoint marker to the southeast of the Punta Guarico fort.

Once we are within the green zone, we’ll need to use our spyglass to locate the target British fleet (I found them at the co-ordinates: 865,299). As you approach it, a storm will pick up. At this point, you’ll need to take down the fleet which consists of three brigs and two gunboats. 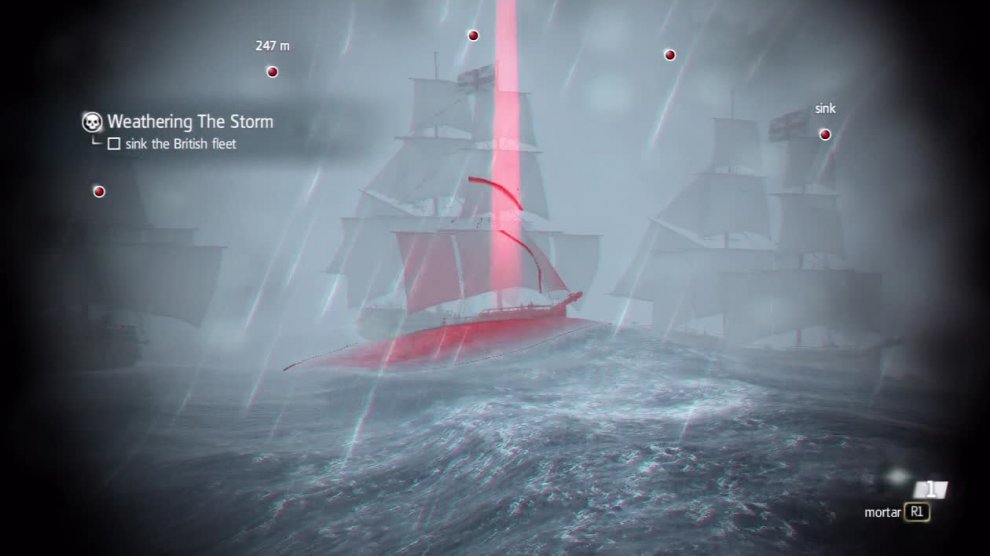 Fortunately, to begin with they are all bunched together, making it a good opportunity to drop mortars on them or position a broadside attack or two to damage multiple ships at once. After the initial exchanges, they will break away and you’ll have to focus on them on a more individual basis.

Thankfully, due to the high seas, it is fairly easy as the British ships will not move very quickly and the high waves will help block incoming enemy fire. Upon sinking all five of the ships, the contract will be finished.