B - The Other Brother

As we begin this second memory, we will need to follow our friend for a short distance whilst he drops some backstory on us. When he stops, enter the stalking zone marked with the green objective marker nearby.

After a few moments, we need to start tailing the two persons of interest here. Quickly tag them from the bush. During the next tailing sequence, the targets will stop periodically during which point a thief will show up and try to pickpocket our friend. We need to kill the thieves stealthily as being detected will cause desynchronisation, as will allowing the thief to steal from our buddy. 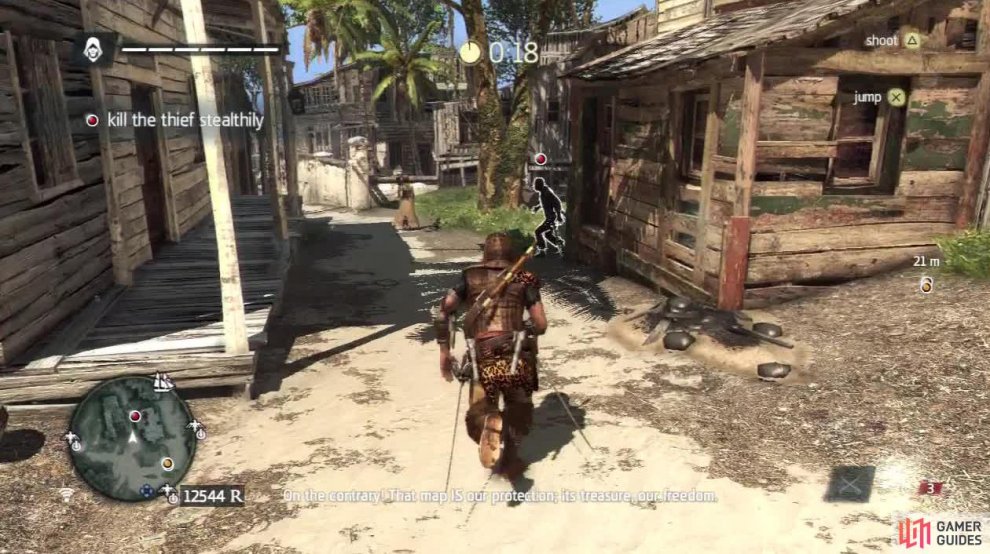 The first place the conversation will stop is at the marketplace a short distance from the bush we are hiding in. Quickly hop the fence to the left and run to the far north-western corner of the marketplace. Hide behind the last stall to the left. The thief will stand next to this briefly during his passage across the market, so perform a corner assassination on him at this point.

The tailing targets will then start moving again. They will stop to the east of some gallows. At this point, run over and take cover behind the front of the gallows at the western side (just behind the guards). Corner assassinate the second thief here.

Hire the dancers just in front of the gallows and follow the targets down the next street. Enter the second alleyway to the left and kill the thief as he appears. Afterwards quickly return to the street before you are spotted near the body. 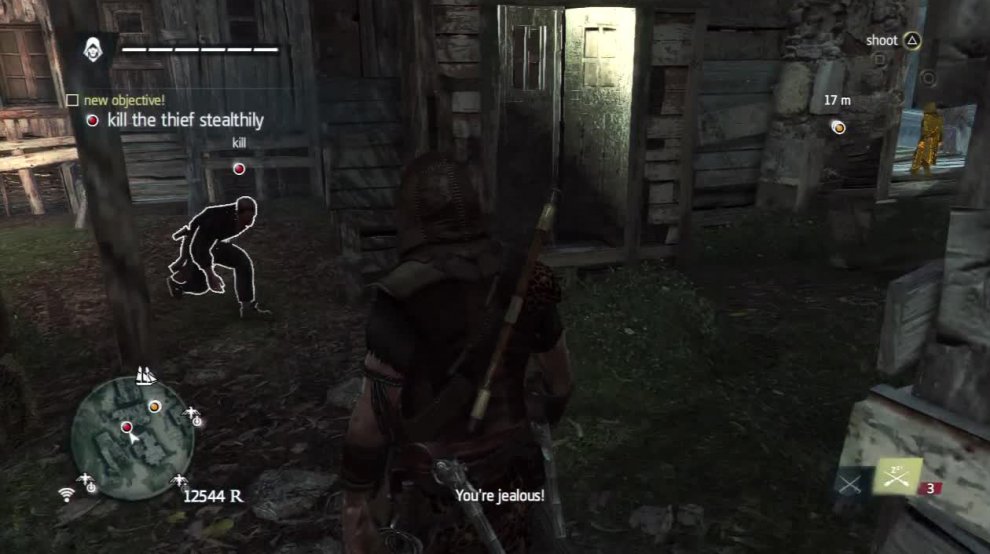 Return to the tailing targets nearby. After a short exchange they will split up. Continue to follow the fellow marked with the objective marker. After he goes around the corner to the left, take cover behind the wall of the building he just walked past and then when he moves on follow him a little further until an eavesdrop begins.

Use the crowds here and the well in the centre of the area to stay out of sight whilst the conversation plays out. 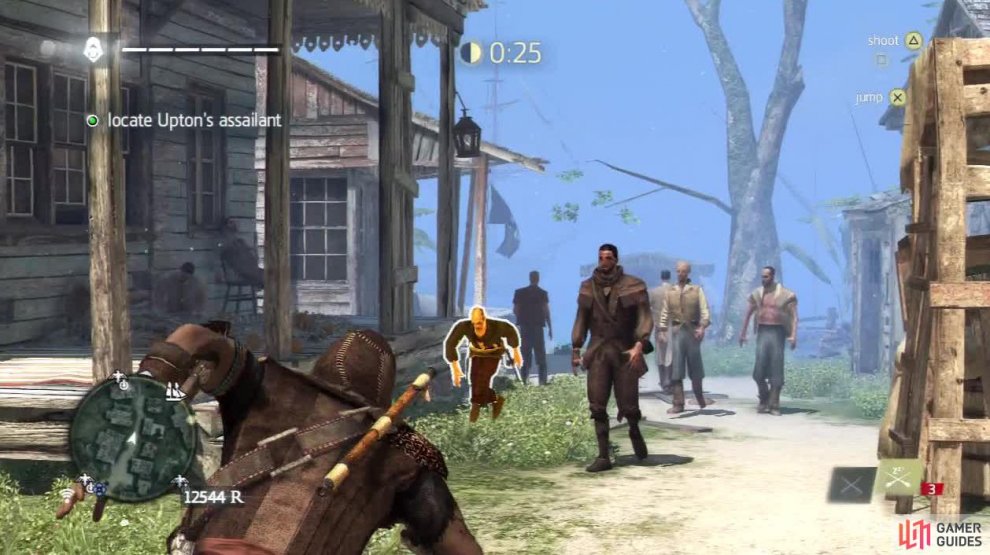 After the conversation, a timer will appear and an objective marker will appear nearby. Sprint over to the green zone marked by the objective marker as quickly as possible. When you reach the main street, turn on Eagle Vision and look to the north to identify your assassination target. Now move up and kill him within the time limit to complete the mission.