Upon starting this mission, we will need to find the assassination target who is hiding somewhere in the swamp area marked by the giant green circle on the map. To save time, his location is at coordinates (634,784).

To approach this, I advise following the swamp to the south from the starting point and using the treetop paths or follow the edge of the swamp all the way around until you reach a large log bridge leading to the camp at the coordinates listed.

Instead of crossing the bridge, enter the stalking zone to the left. Wait until the guy loading the boat on the opposite side of the river turns away and run over and hide in the stalking zone there. Kill him when he patrols back again. Run up the hill and hide to the left of the crates, lean out from behind the corner here with Eagle Vision on to identify the target.

Sneak over and stab him, or shoot the barrel of gunpowder at his feet, or even shoot him in the head if you like. Whatever you choose to do to kill him, once the deed is done a scene will play. 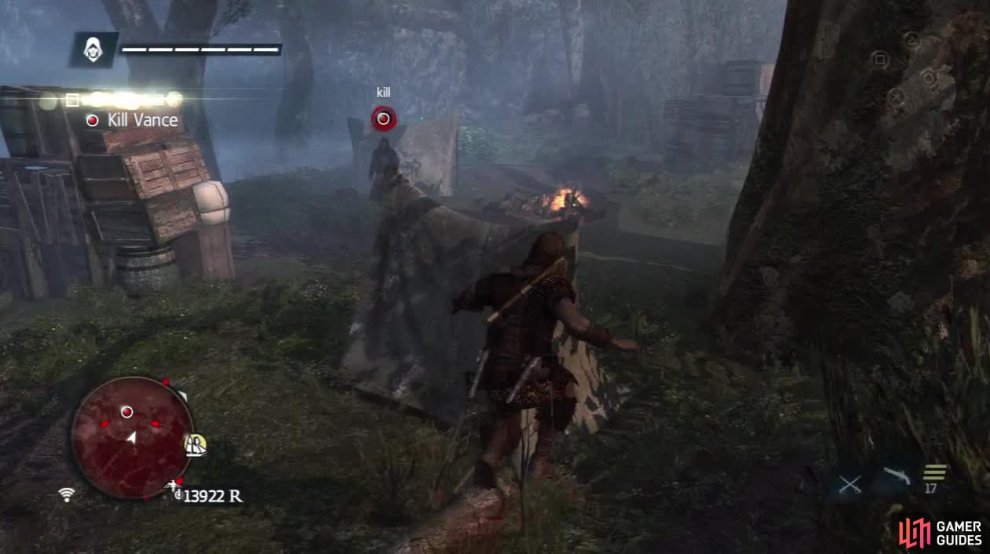 Following the scene, chase down and shoot/assassinate the next target for another cut-scene. After the scene has run its course, exit the restricted zone. Find a hiding spot and when it is all clear the mission will be complete.