Eternal Wells are optional areas that you can find that usually have you completing some specific objective. These areas are nice to do since they can net you some extra Crystals and Ducats. This page will detail all of the locations of the Eternal Wells in The Dark Forest, as well as how to complete them.

Where to Find the First Eternal Well in The Dark Forest¶

At some point during The Dark Forest, you will come to an area that has some Frogsters enjoying some music. This is the same spot where the game will introduce the Range Frogster enemy. There is a side path here, involving some smaller platforms and a spider enemy (hit the green orb-like thing on its web), which will eventually bring you to the Eternal Well. Approach it to get an option to enter it.

Approach the Well to get an option to enter it (left), Simply defeat all of the enemies in the first Well to complete it (right)

How to Complete the First Eternal Well in The Dark Forest¶

The first Eternal Well is very simple, as your objective is to simply defeat all of the enemies. There will be three waves of five Frogsters each, which is simple enough. However, you will need to be a little careful and watch your step, as the arena is filled with a bunch of bear traps. Of course, the Frogsters can trigger them, too, and they can be hurt by the traps, which is more often than not take out a good portion of them. Once you defeat all of the enemies, head on over to the large Ducat to see an option to leave.

Where to Find the Second Eternal Well in The Dark Forest¶

The second Eternal Well is a little more well hidden, when compared to the first one. Later on in the level, you will be introduced to a new enemy, the Fire Spitter, in a slightly more open area. This will be just after climbing the rock face-like structure. Not long after their introduction, you will reach a platform with some Frogsters on it, and there will be a bit of a split on where to go next. Continue along the wall and you will find some pots partially obscuring a gate. Break the pots and roll under the gate to find the second Eternal Well.

The pots are slightly obscuring a gate you can roll under (left), Behind that gate will be the second Eternal Well (right)

How to Complete the Second Eternal Well in The Dark Forest¶

Unlike the first one, the second Well is all about platforming, with your only goal being to reach the end. There will be spiders along the way, so take them out to make things easier for you. Remember that you need to hit the green orb-like thing on their web when they come down to attack you. The platforming here won’t be too difficult, with maybe some slight challenge towards the end. If you need an extra boost when doing a double jump, you can perform the tailspin attack in the air, which gives you a little more height and distance. 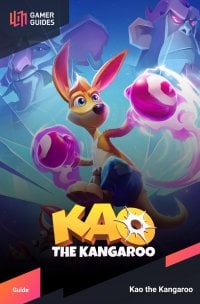