The introduction to the game is full of tutorials to allow you to get a feel for the game mechanics. You aren’t under a specific timeframe so take your time and practise each move and option. Hopefully you will be up to speed already on the mechanics if you have read the section in our guide but do make sure to complete the in game tutorials as they sometimes give you free starter items.

Move through the hallways until you reach Zaltys . This is the first boss encounter but it is severely weakened from its usual form, as are most of the other enemies you fight in this section. For a swift defeat, focus on hitting Zaltys with elemental spells first, particularly Thunder as it is weakest to it, until it is staggered. During Stagger, unleash physical attacks on its head, interspersed with the odd Thunder spell. You will do maximum damage and the fight should be over swiftly. 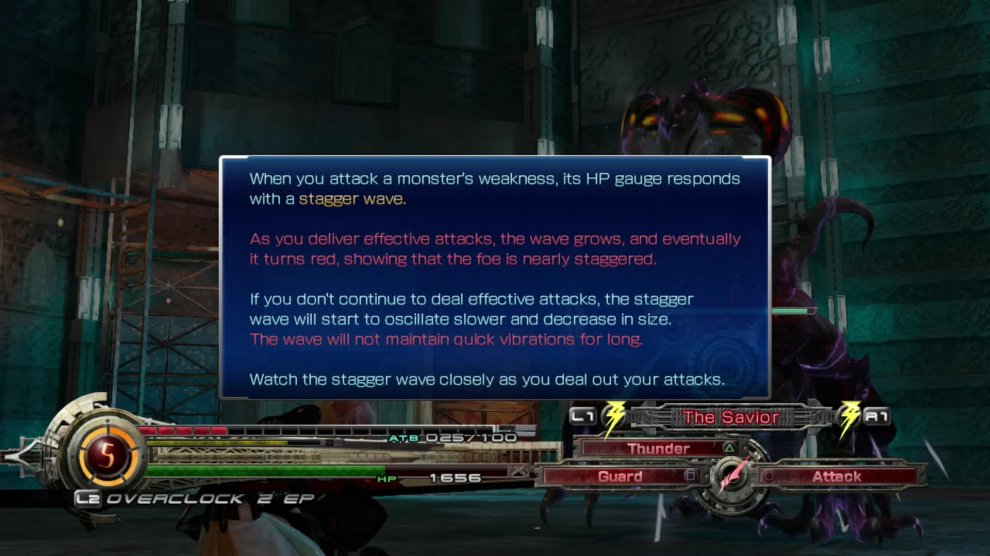 After defeating Zaltys, you will be returned to the Ark, Lightning’s “base of operations”. Listen to the explanations by Hope and then go to the bookshelf and activate the fight against Zaltys again. Select the “ Escape ” EP ability to be returned to the Ark. Remember you can use EP abilities in and out of battle.

Don’t forget to collect the treasure cubes bearing the Mist Wizard Schemata which will then offer you a tutorial on schemata customisation. Equip the elemental spells and a guard ability to the face buttons and then exit. 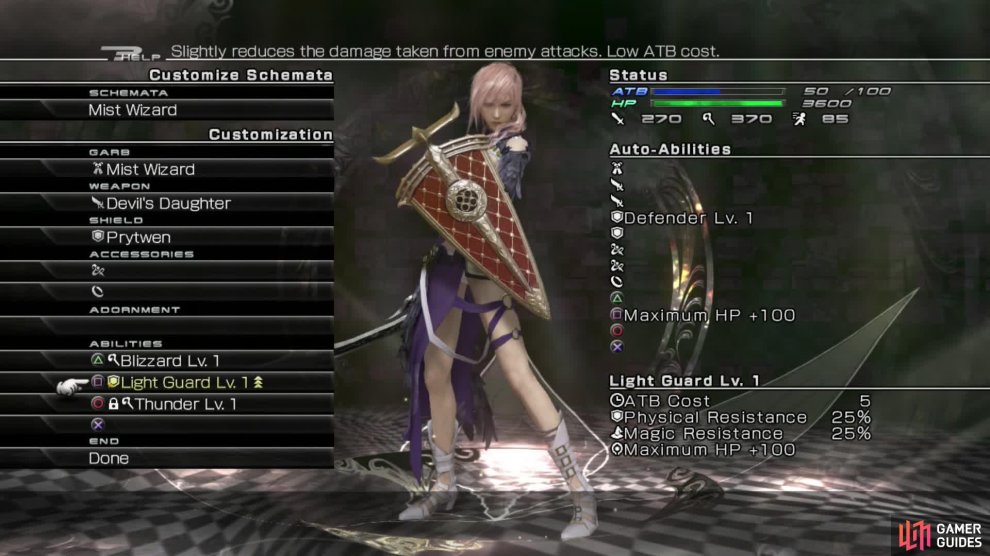 After speaking with Hope again, you can now return to Nova Crysalia and begin Day One.