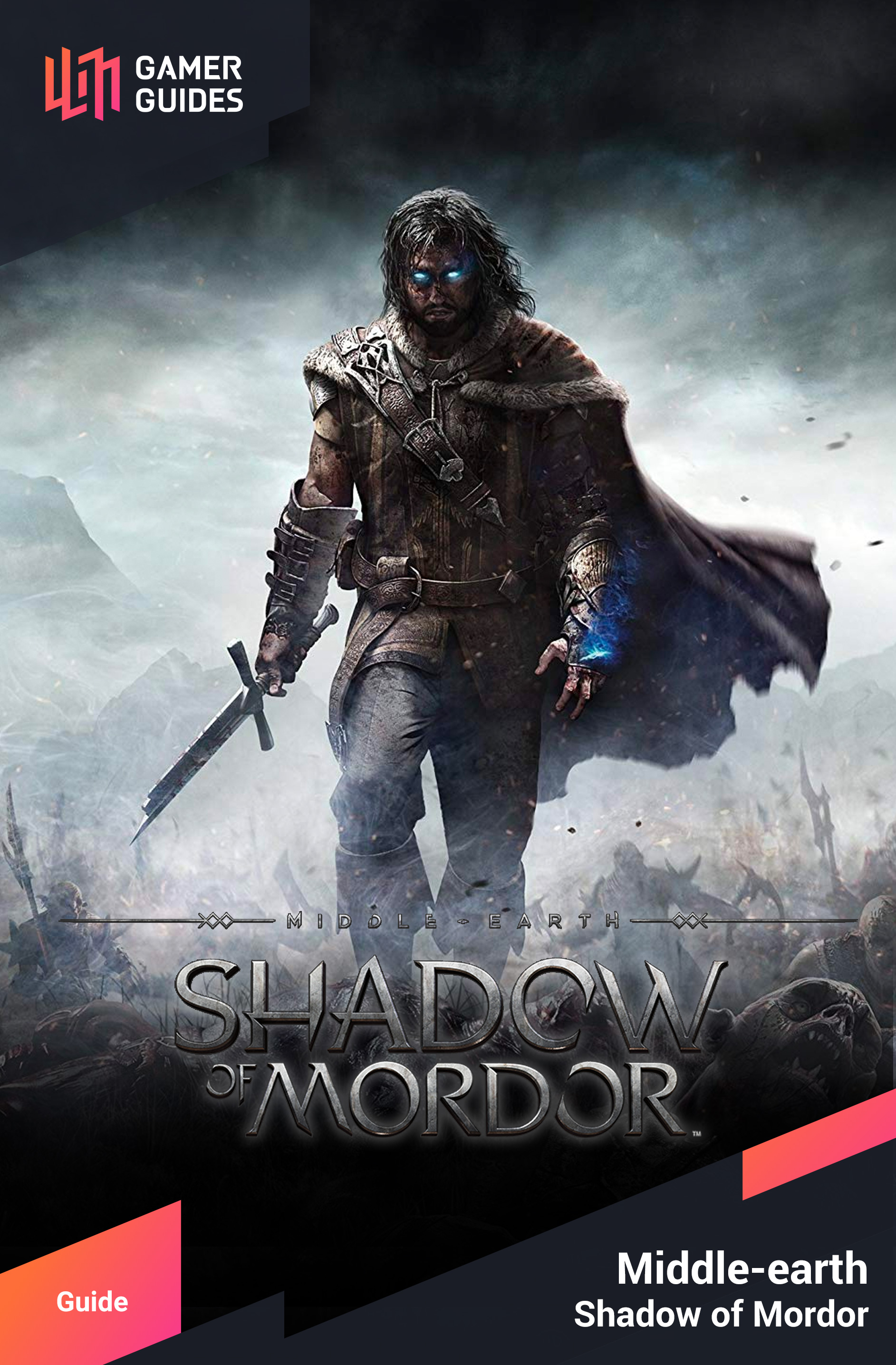 "Eliminate the Warchief and word of your deeds will reach the Dark Lord himself."

Once the Warchiefs have lost their Bodyguards, and you have Intel on said Warchiefs, it's time to help Ratbag out again. Head to the northern part of the East Garrison to start the mission "The Warchief". Once again, Ratbag hasn't bee faring too well, and he finds himself rather strung up. Talion shows up to stop some prodding Uruks, and rather rudely cuts Ratbag down. After a rough landing, Ratbag explains what went wrong. Despite his claims of getting us "Intel", Ratbag didn't seem to know enough that Brogg and Mogg were twins. Hence the name "Mogg the Other Twin." Needless to say, Mogg wasn't too impressed when Ratbag showed up with his dead brother's ear as a trophy. Seems there's some sentimentality among Uruks, after all? Talion decides to put into play the old adage "if you want something done right, you have to do it yourself" and heads off to kill Mogg. For his part, Ratbag tests out a new shank, then wanders off.

Our objective now is to scale a tower and kill a pair of Berserker Trainees. A Berserker is a tougher-than-average Uruk who dual-wields axes. Their attacks are can be Countered, unlike an Uruk Defender, bu like an Uruk Defender, they'll counter any frontal assaults. Hit them with a Wraith Stun, Vault over their heads and attack from behind, or shoot them in the face with an arrow. Yes, yes, it's another new foe tutorial, and you can expect to find them joining the ranks of the more common Uruks after this mission. There's also a Trophy/Achievement concerning them worth noting, "Burning Vengeance". To earn it you must perform an Execution on a Berserker who has been set on fire. There are numerous ways to set an Uruk on fire, using a Fire Arrow is perhaps the least effect way to do this, as it deals considerable damage (you don't want the Uruk to die before you Execute them, do you?) and consumes a charge Hit Streak. The best way is probably to get one alone, near a campfire, Wraith Stun one, throw it through the fire, then execute it. You won't be doing this now, but the Trophy/Acheivement will be posted here, nontheless. 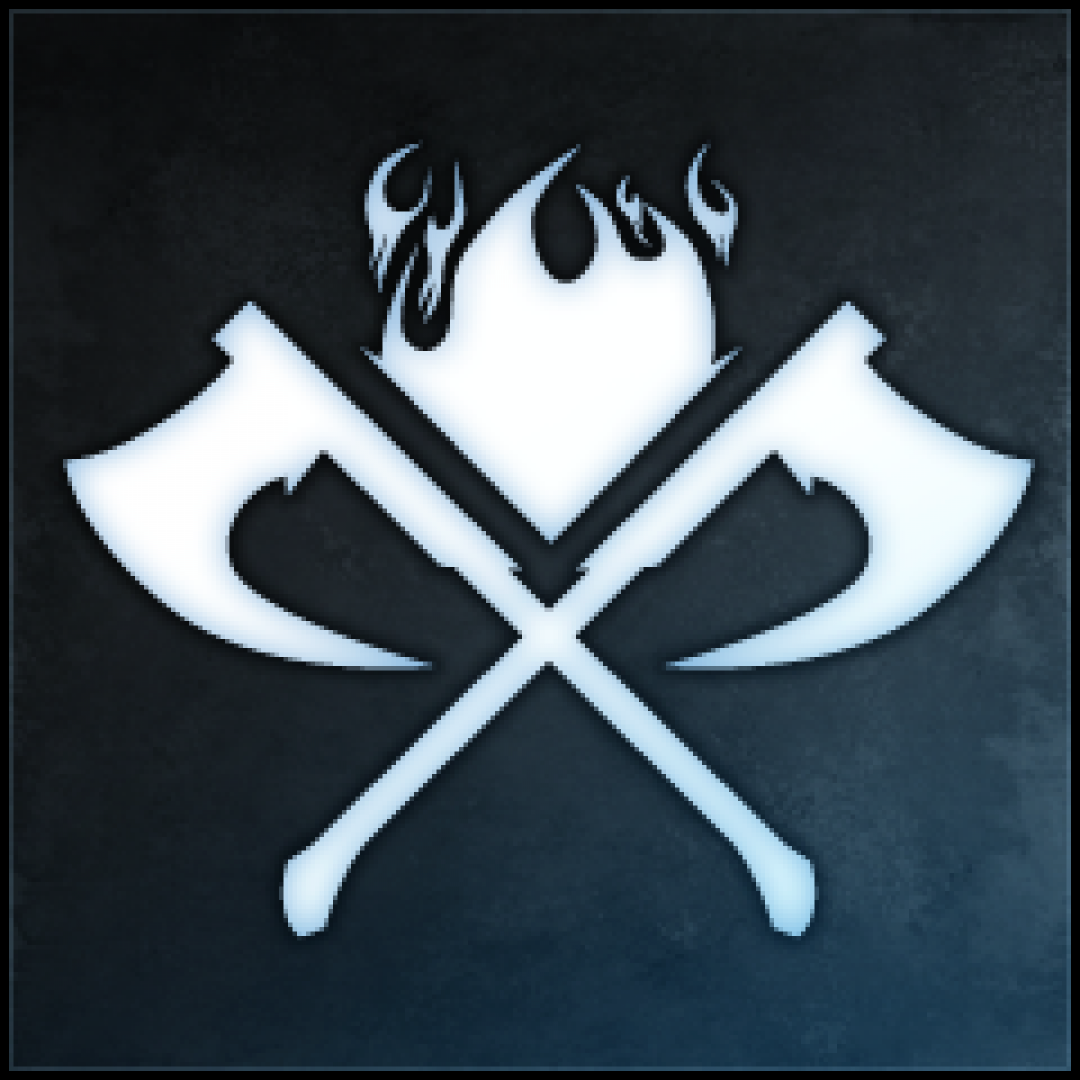 Perform an Execution on a flaming Berserker.

Note: The Trophy/Achievement "Burning Vengeance" can be somewhat tricky to unlock. It seems that if you deal enough fire damage to kill the Berserker, you will not get the Trophy/Achievement, even if you manage to Execute them before they die from the fire damage-they are, in effect, already dead. This makes the obvious tactic of shoot a Berserker with a Fire Arrow, then Executing them troublesome. A better option is to grab a Berserker and throw them through a campfire after your Hit Streak is charged, then Execute them afterwards. The Epic Rune "Tower of Defense" makes this much easier.

Anywho, climb the wooden tower and kill the Uruk Berserkers-bonus points if you Ledge Kill one. This will draw out Mogg the Other Twin, and honestly, this platform is as good of a place as any to fight him. There are several explosive objects to take advantage of-make good use of your Elf-Shot to take out some of Mogg's more obnoxious follower (Defenders and Berserkers), then focus on Mogg, who isn't too special on his own. Once Mogg falls (and Ratbag makes sure of it with some gentle prodding and another ear trophy) Ratbag'll promise to keep up with his end of the bargain... the other Warchiefs might be a problem, though, but we'll see to that shortly. Pick up the Epic Rune Mogg drops for you, "The Undying", and get ready to kill more Warchiefs. 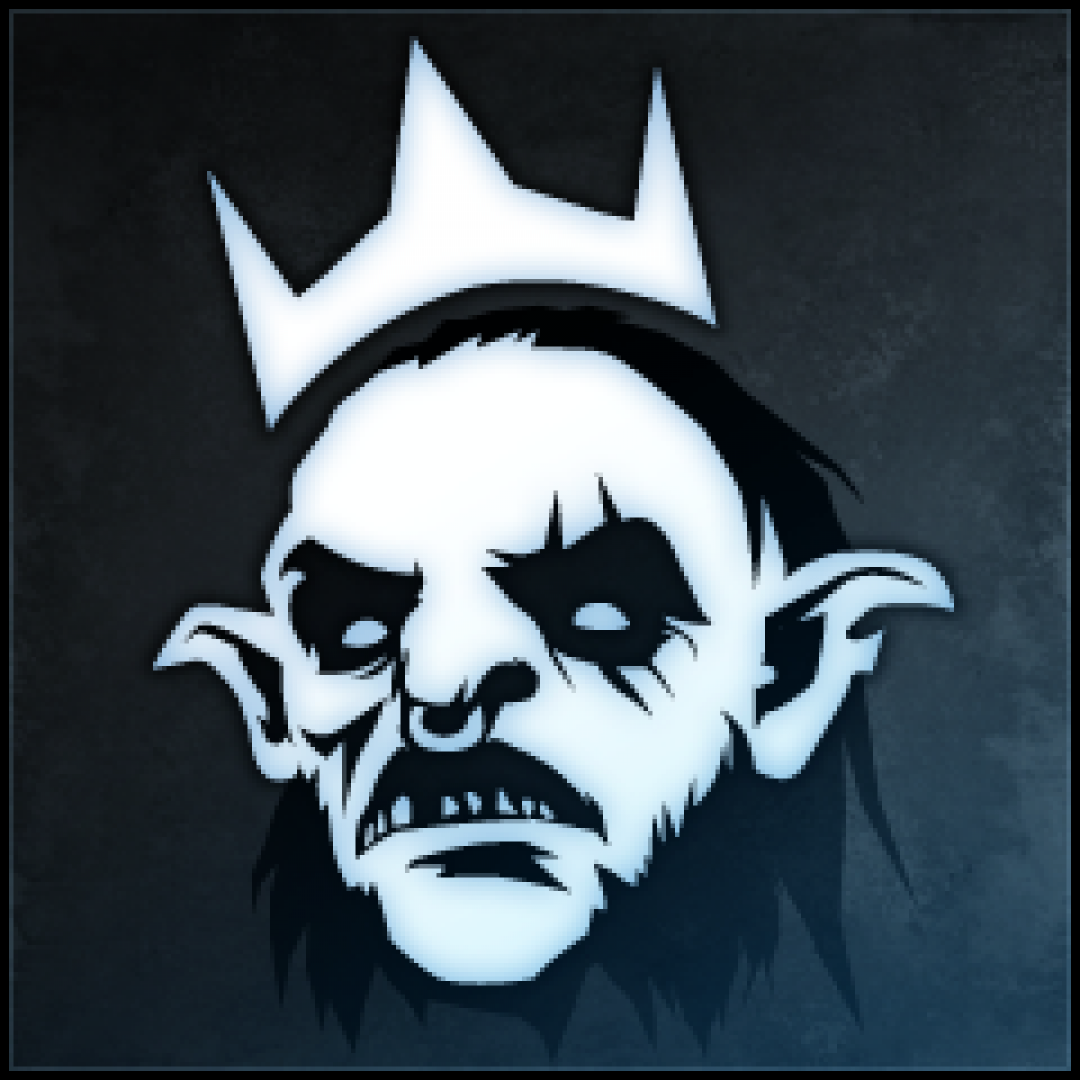 Ratbag the Great and Powerful

Get Ratbag promoted to Warchief.

Our goal now is to kill three more Warchiefs to unlock the quest "The Dark Monument", which requires a total of four Warchief kills (thankfully, Mogg counted). The Showdown quests we have to perform, and the Warchiefs themselves, are not unique, and will vary from game to game. By now you should know enough to handle the variables found in the Nemesis System, even if there's a good chance some of these Warchiefs are a good bit stronger than the Captains we've been preying on up until now. Of more interest are the random Showdown Missions you'll have to do to draw them out, which are covered in more detail elsewhere in the guide. Just follow the helpful link if you want to learn more about them. As was said earlier, you'll make this task much easier if you kill any of the Warchief's Bodyguards before you go after them. In fact, killing any Uruk Captains in the area where the Showdown Mission is located would be a good idea-you don't need any Captains showing up in the middle of your fight with a Warchief. There's also no harm in over-achieving and killing all of the Warchiefs... except Ratbag, of course. If you're diligent, you should score the Trophy/Achievement "Divide and Conquer" here. If you go out of your way to expose a Warchief to a fear, you'll get the "A Graug's Heel" Trophy/Acheivement. 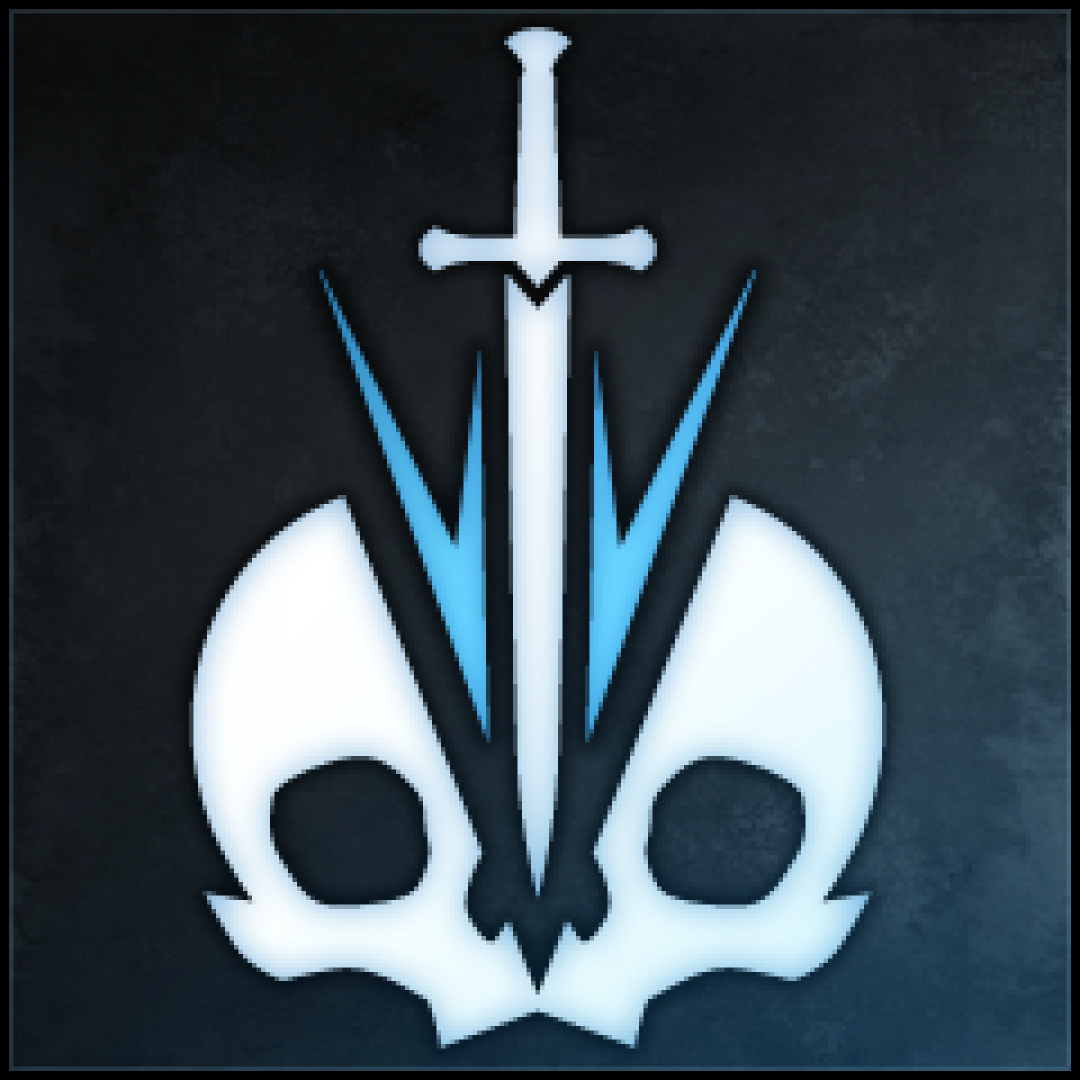 Capitalize on a Warchief's Fear. 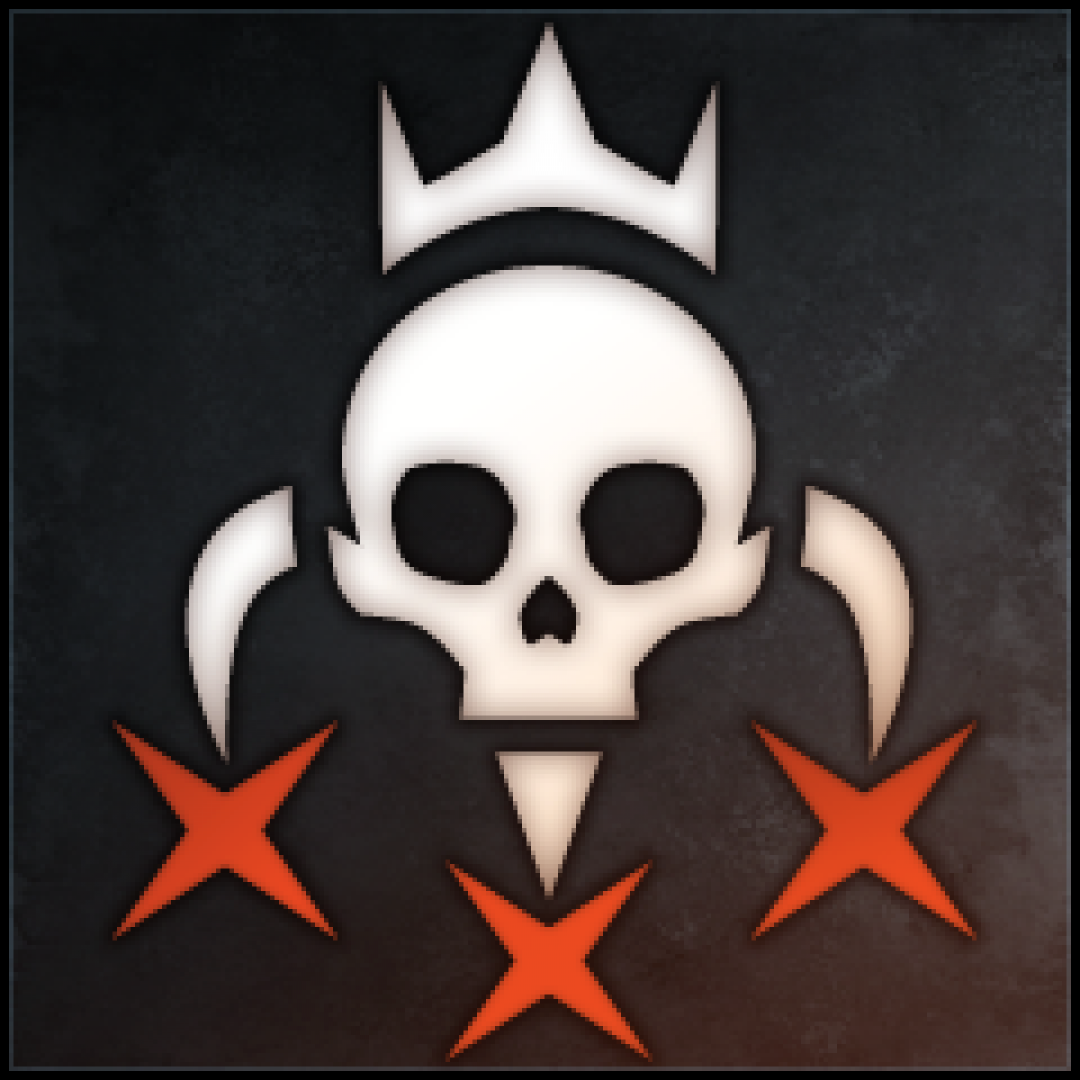 Eliminate the Bodyguards of two Warchiefs, then draw them out and kill them.

You should easily have gained enough Power to unlock Tier 3 Abilities on the Ability Tree, if not Tier 4. The best of the former includes Combat Drain, which works like Execution, except it allows you to quickly Drain a foe in combat. This has become a very useful ability, given the diversity of Uruks, many of which are best disposed of with a shot to the head. Being able to quickly drain some Elf-Shot back will aid you immensely in some larger encounters. As an added bonus, purchasing it will allow us to attempt the "Arise" Sword Mission. Vault Stun is another nice ability, as many foes require you to get behind an enemy, the easiest way of doing which is Vaulting over their head. This also stuns them when you do, giving you more time to follow up, and allowing you to perform a Flurry attack. Swift Finisher may just make Ground Executions in combat more likely to succeed.

As for Tier 4 Abilities, Blade Master is the best of the bunch, as it knocks down the Hit Streak charge requirement down from eight hits to five, which will greatly improve your combat prowess. Resilience allows you to suffer one hit per Hit Streak without losing said Hit Streak, and Fire Arrow allows you to... well, fire a Fire Arrow, which deals extra damage and cause huge explosions if you shoot... explody... things. Death Threat is the most interesting, as it allows you to issue a Death Threat to Uruks you've grabbed. Normal Uruks can be used to issue Death Threats to Captains, and Captains can be used to issue Death Threats to Warchiefs. When an Uruk recieves a Death Threat, their Power Rating increases by five and they gain a retinue of followers of the same type (Defenders, Hunters, Archers, Berserkers, Warriors). Why bother with this? It's all about the Runes. Not only does it increase the Power Rating of the Uruk (which increases the level of the Rune), but Captains now have a 40% chance of dropping an Epic Rune, and Warchiefs are virtually guaranteed to drop an Epic Rune. This is a good thing. If you successfully kill an Uruk you issued a Death Threat to you'll earn the Trophy/Achievement "Iron of Death". Issue a Death Threat, then successfully kill the target. 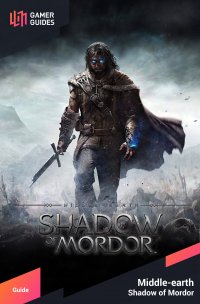