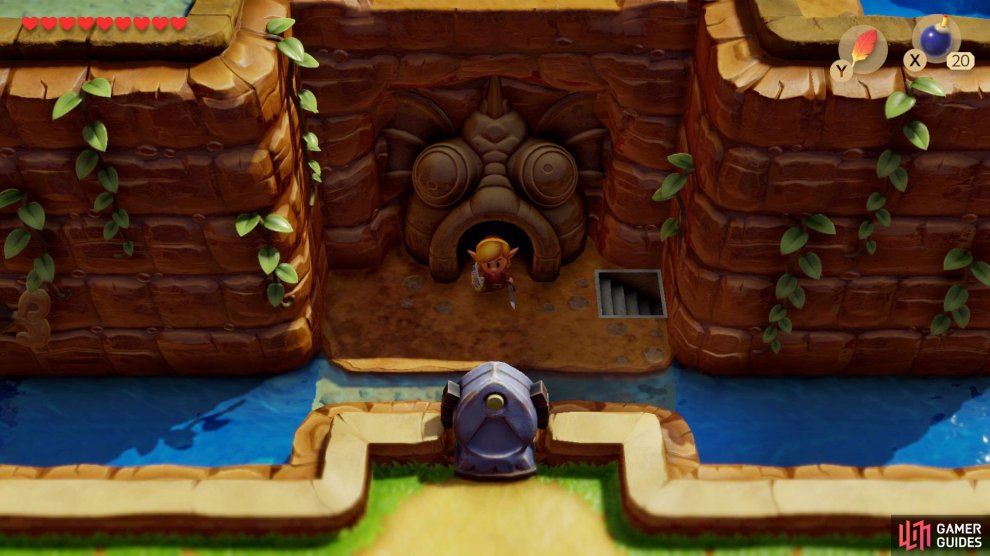 Returning the Ghost to it's home

From the entrance of the Angler's Tunnel drop down into the water and swim to the left until you come across another entrance, head through and speak with the large fish to learn a new song to play on your Ocarina, Manbo's Mambo.

Note: Now that you've learnt Manbo's Mamobo you'll now have the ability to teleport to any of the fast travels by equipping and playing it.

Exit the room and swim to the right, continue past the entrance to Angler's Tunnel until you reach another cave entrance, enter in and dive down to collect a Piece of Heart. Head back out into the water and head up the stairs to the left side, walk down to the south part to find a ladder, climb down and swim around to the left, keep going until you reach a dead end where another Piece of Heart will be waiting.

Head back the same way you came and continue following the flow of the water around until you see a path branching off to the right, use the stairs to the back to get out of the water and place a Bomb against the crumbling wall to break it open, go through and speak with the Fairy to regenerate any health you may of lost.

Go back outside and head into the next cave to the right, follow the path inside to the opposite end and make your way up the stairs, now proceed into the shack to the south and purchase a ticket for Rapid Raid.

Note: The Rapid Raid is fun mini-game that will take you south but will give you the opportunity to bag some nice items along the way down.

Once you've touched down at the bottom of the waterfall, head left and get off the raft, use the stairs to cross to the otherside, follow the path and swim all the way down, use the second set of stairs to take you into Animal Village and go into the first small house to the east and trade the Hibiscus for a Goat's Letter.

Exit the house and hop back into the water, swim across to the west side and take the stairs up, walk down a little to find a small island detached from the the main island, walk onto it and dig around to find a Secret Seashell.

Head back onto the main island and head east, hop across the holes in the ground and proceed down the stairs, dive into the water and grab a Piece of Heart, continue through and go up the stairs, now make your way across to the left and go down another set of stairs, wake up the sleeping Bat again by pouring some Magic Powder over the middle section again.

Note: Your punishment for waking up the sleeping Bat for a second time is to have the ability to carry up to 60 Bombs.

Take the same path back out to the main land, then make your way over to left and continue past the Telephone Booth, dart over the holes in the ground and take the Ghost back to his home. Inside the Ghost's home you'll want to smash the vases to find a Secret Seashell.

Accompanying the Ghost to his grave & Delivering the Letter

The Ghost now wants to head to his grave, so exit the house and play the new song you learnt earlier to fast travel over to Manbo's Pond, make your way down to the Cemetery and exit out of the west side, hop over the holes past the Witch's Hut and remove the stone blocking your way down the stairs. 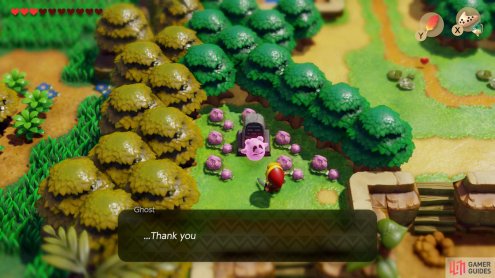 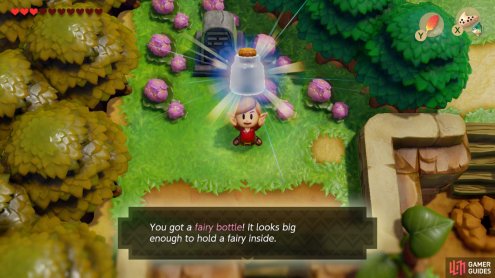 Head over to the gravestone and let the ghost rest, he'll give you a Fairy Bottle for your troubles. Now make your way through the Mysterious Forest and exit out to the north which will place you to the left of Goponga Swamp, go into the house above and deliver the letter.

Make your way into the Town Tool Shop and purchase a Bow and Arrow Set, exit the shop and make your way over to the Seashell Mansion, stand on the scales and you'll be rewarded a Seashell Sensor upon reaching the second milestone.

Note: The Seashell Sensor will now allow you to detect if there are any Seashells nearby. 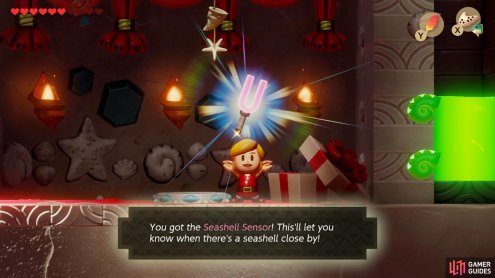 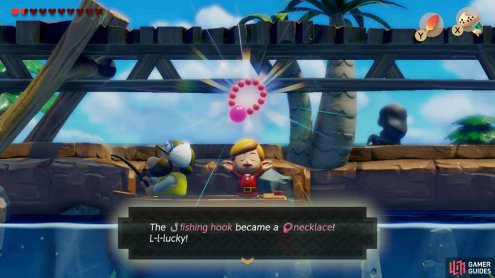 Make your back into the deep water and speak with the Mermaid that's located near Catfish Maw, she'll ask you to retrieve her stolen Necklace. Head southeast from her and follow the narrow path down to a bridge, proceed into the bridge to find a Fisherman, speak with him and give him your Fishing Hook and he'll fish out the Mermaids Necklace.

Deliever the necklace to the Mermaid and she'll give you a Scale. Now enter Catfish's Maw. 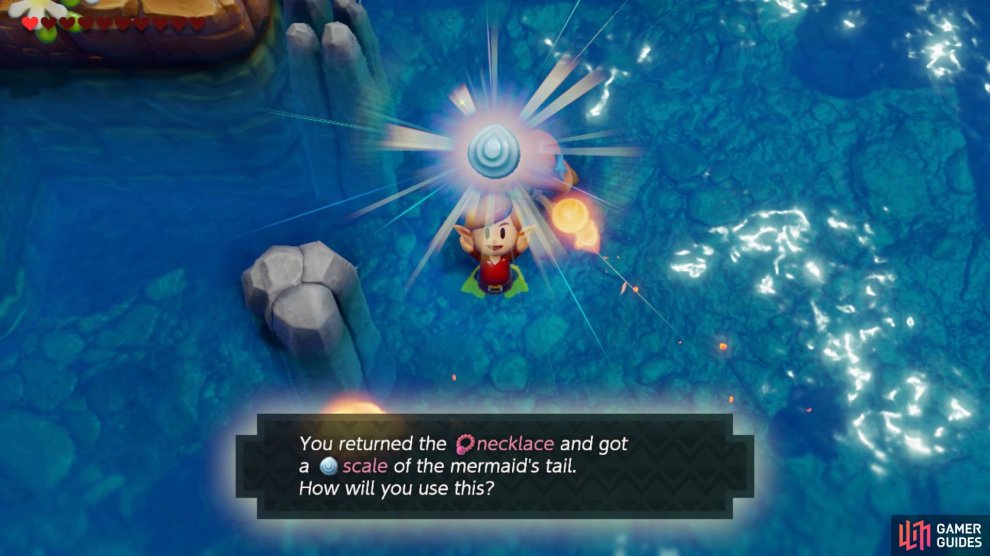