Following the previous mission, check out the world map and sail over to the objective marker at Nassau. Once you have arrived at the settlement, make your way up to the tavern and interact with the Adewale who is highlighted with the exclamation mark to begin the mission.

The first part of this mission is essentially a whole bunch of pirate rescue mini-missions. As is to be expected for completion of these tasks, you need to approach each icon on the minimap without being spotted, deal with the guards at these locations and then interact with the prisoners to free them. We need to free fifteen prisoners in total to complete this segment and there are four sets of pirate captives available on the map.

Note that there is an objective to enter combat and disarm and kill three guards. To do this, enter combat whilst unarmed, counter an enemy attack with a disarm move and by doing so Edward will grab the bad guys weapon. Kill him with the weapon to have it count towards the optional objective. Drop the weapon when you are done and repeat two more times. 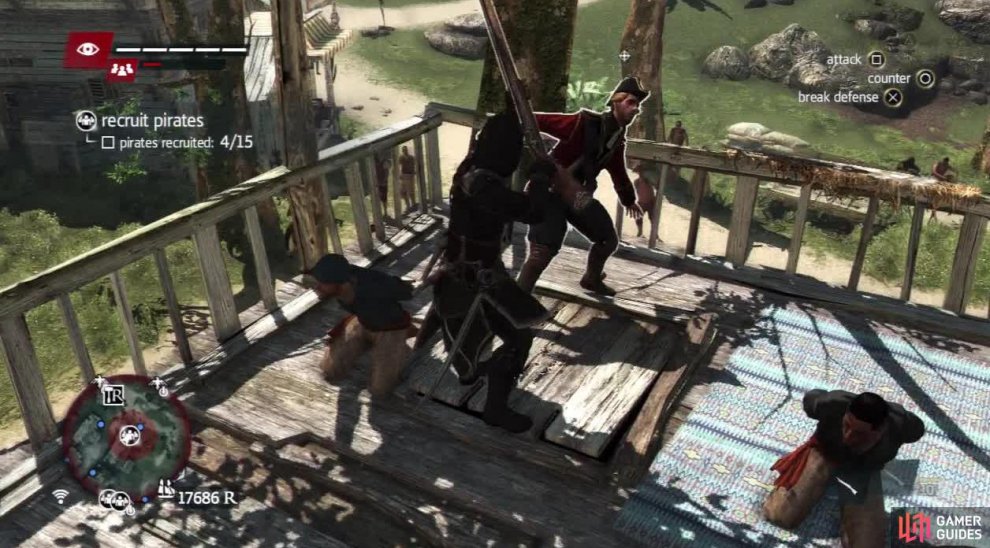 Once you have freed fifteen pirates, a new pirate rescue icon will appear on the mini-map at the gallows next to the fort. Quickly run over here as quickly as possible. As you arrive at the gallows, hide in the stalking zone to the left by the broken half-wall. From here, pull out your gun and shoot the rope to save the pirate captain.

Shooting the rope from the stalking zone will alert the guards here and they will come to investigate. Use this opportunity to double assassinate a pair of them as they arrive. Now fight off and kill the remaining guards. When they are all done for, go over and interact with the pirate on the gallows. 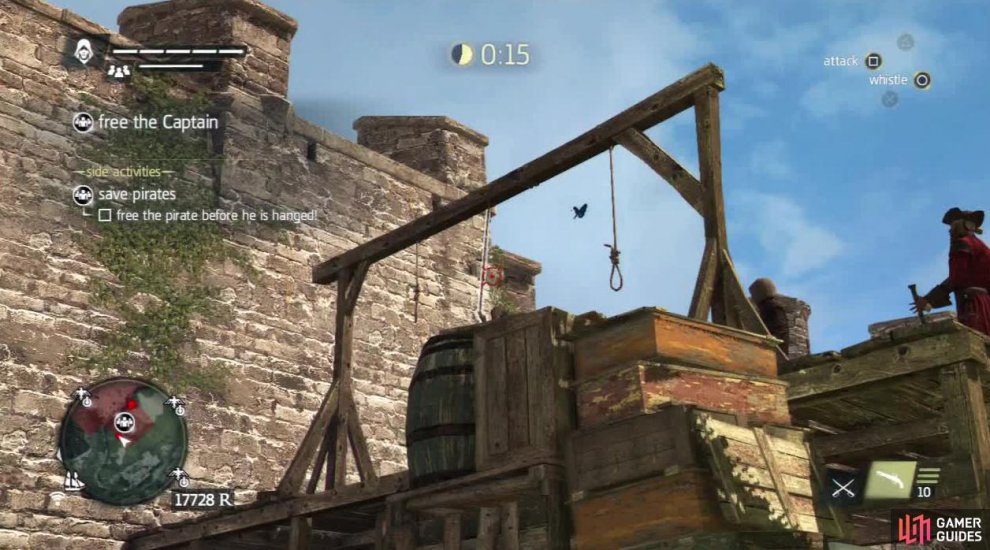 Following the brief scene return to the tavern to complete the mission.