1. Great Inagua: This Mayan Stelae is completed during an introduction to the stones in the memory during Sequence 04 – ‘This Old Cove’. 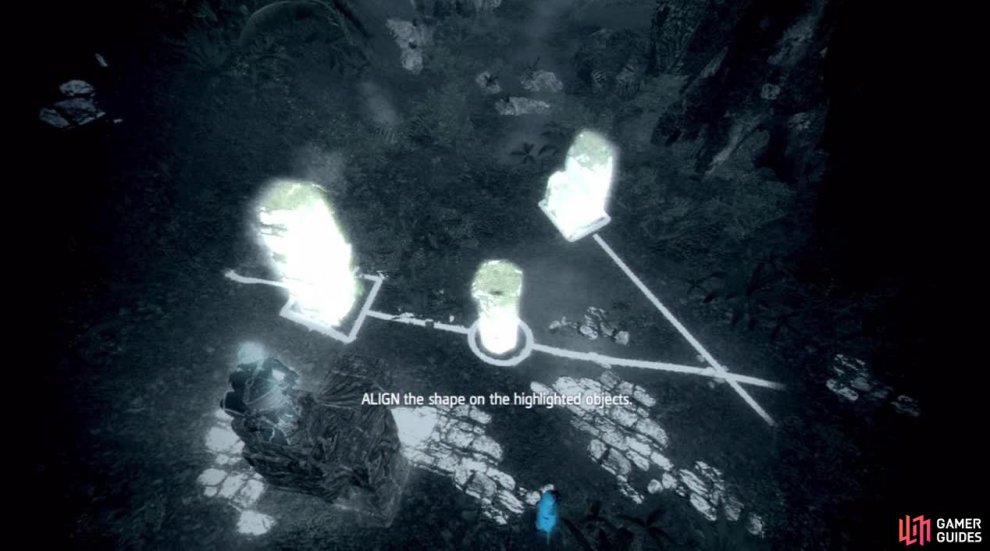 2. Cape Bonavista: At the base of the large waterfall in the very north point of the map. Align the white lines over the three rocks in the river nearby. 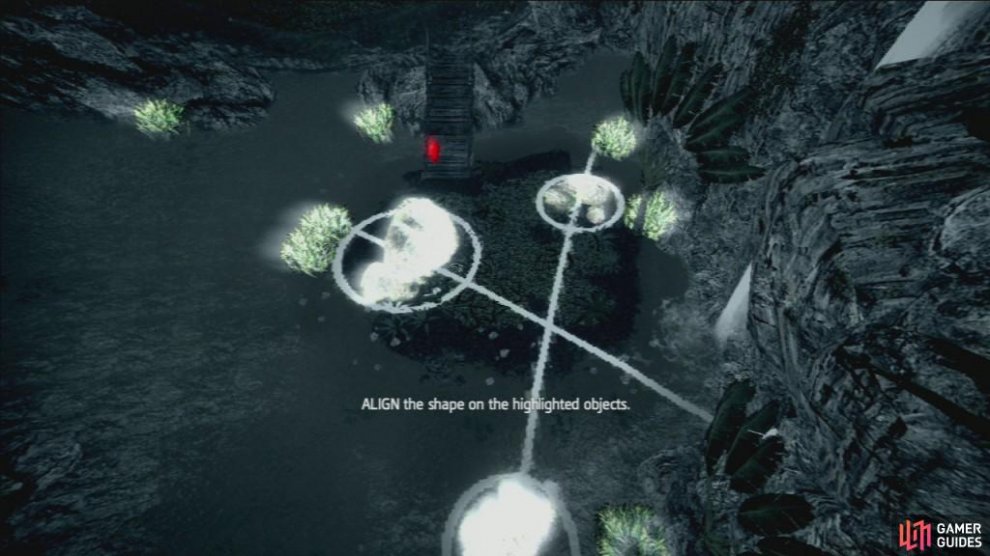 3. Long Bay: Just to the left of the entrance to the Observatory, you’ll find the Mayan stone up on a small hill. Rotate the white silhouette so that the squares line up with the highlighted cubes below. 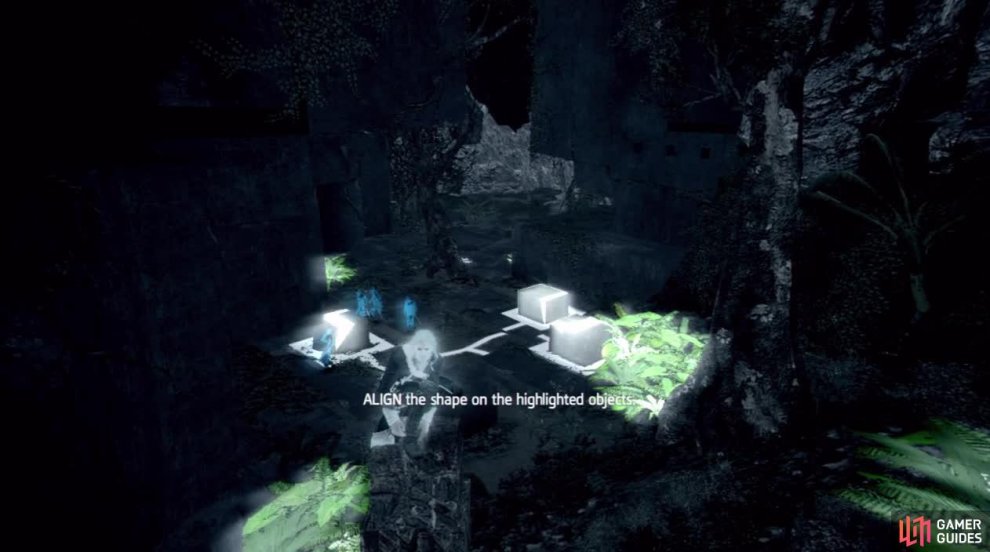 4. Tulum: To the left of the temple entrance (where we meet our contact whilst sneaking onto the island in Sequence 5) there is a large pyramid like temple here. Climb to the top of this to find the statue. Rotate the silhouette so that the circles line up with the pillars below. 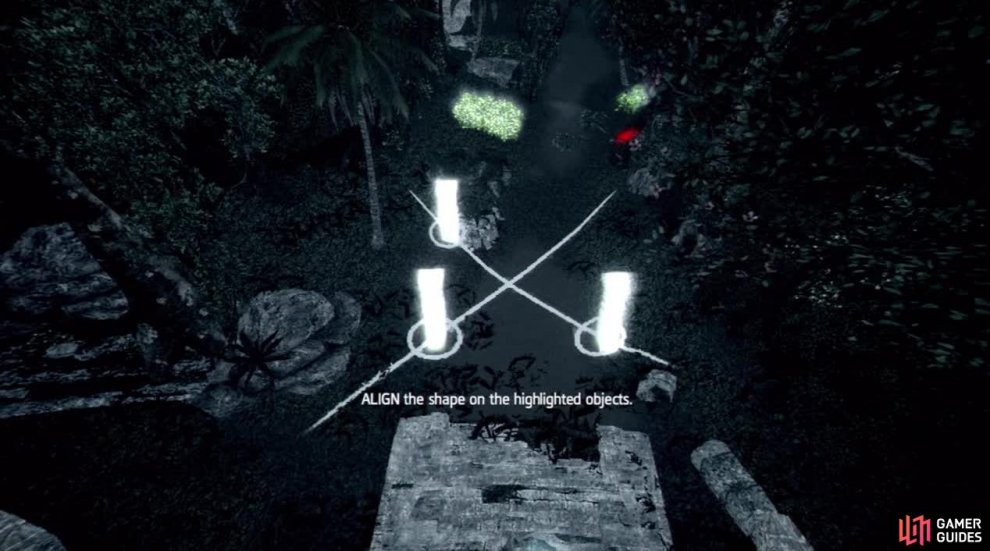 5. Isla Providencia: On top of the ruin on the southern side of the area that is just to the southeast of the westernmost viewpoint on the map. Rotate the shapes using Eagle Vision so that the three circles all sit atop one of the glowing pillars below. 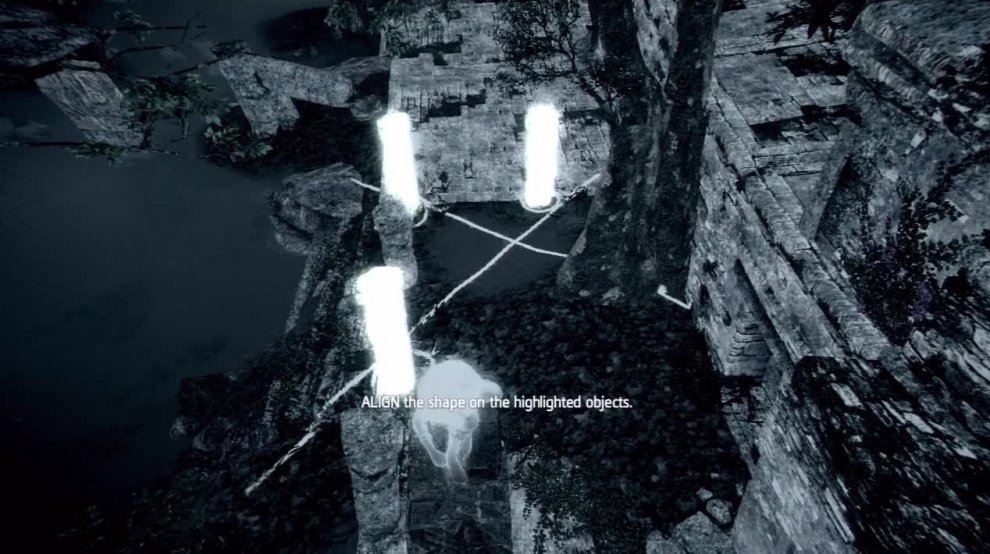 6. Isla Providencia: On top of the ruin directly west of the taller ruin with the northernmost viewpoint on it. Arrange the light beams during the Eagle Vision sequence so that they align with the four glowing pillars (ignore the haystack and the stalking zones). 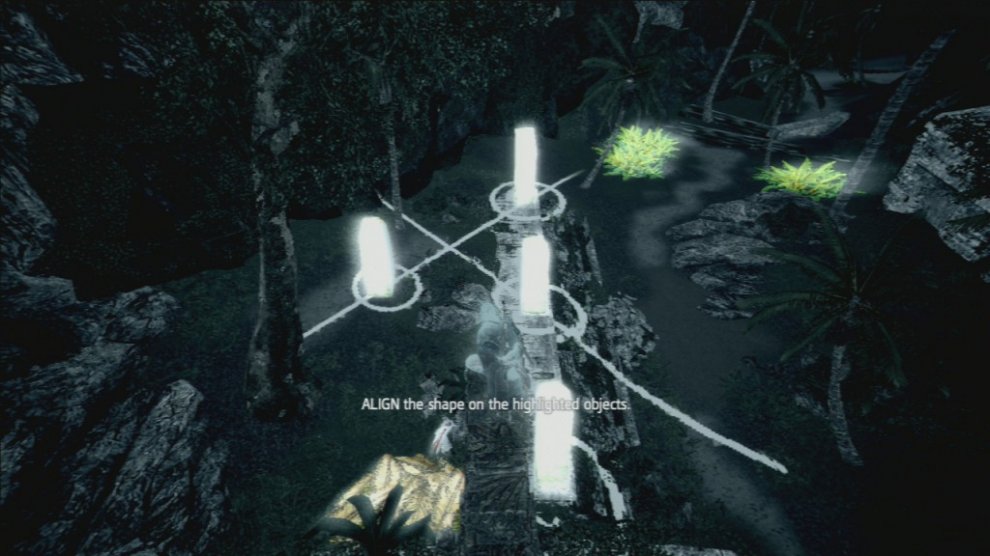 7. Misteriosa: On the upper ledge of the main temple facing over the water to the south. It is directly east of the zone’s only viewpoint. Align the shape in Eagle Vision to the three rocks on the beach in the distance below. 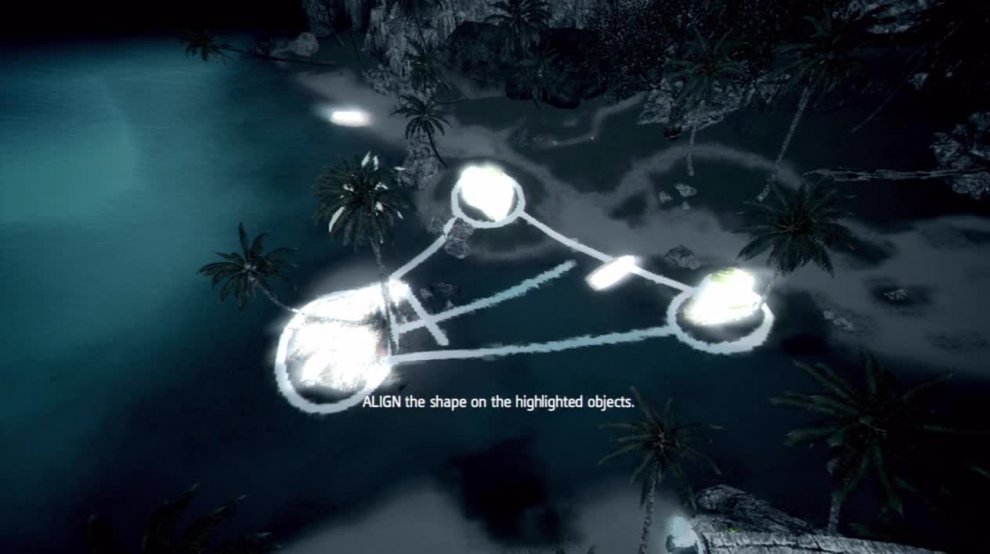 8. Misteriosa: On a small pedestal at the edge of the water on the far western side of the map. Align the silhouette so that the ‘L’ shapes are upside down and the moons are on the bottom. Match them to the glowing segments on the wall ahead. 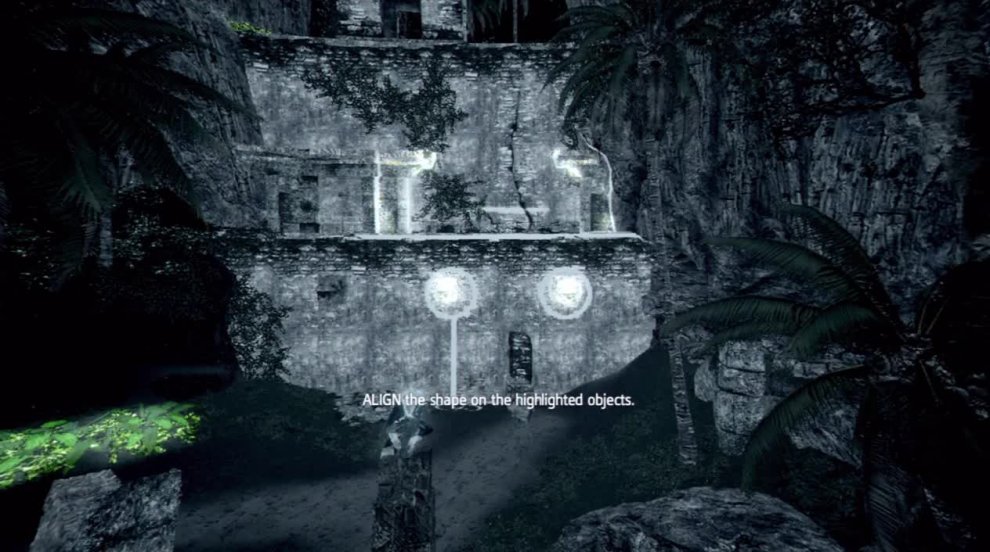 9. Pinos Isle: On top of the ruin on the eastern side of the area overlooking the flooded ruins in the bay below. Rotate the holograms so that the circles line up with the standing pillars and the rectangle aligns with the fallen pillar on the ground to the left of them. 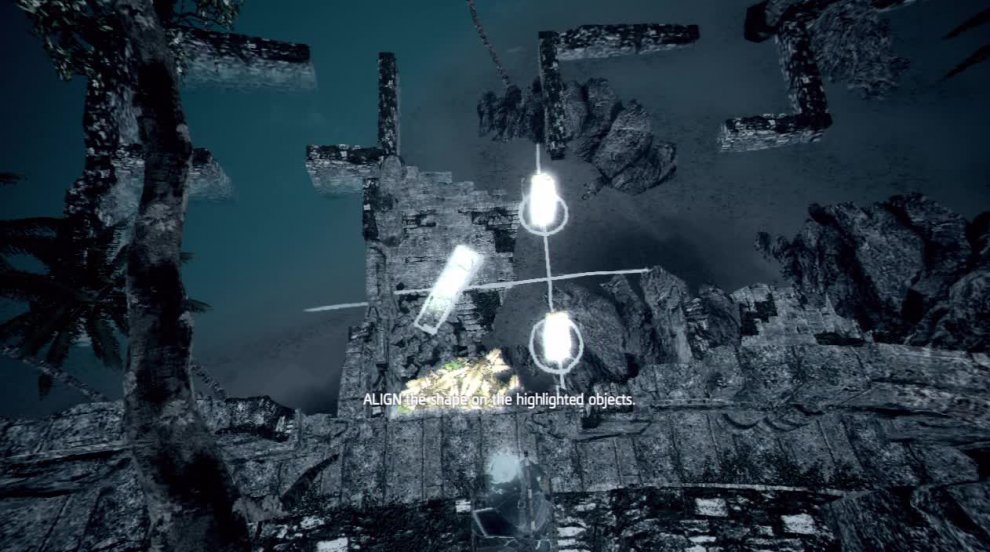 10. Pinos Isle: Just above a ruined wall directly to the south of the viewpoint in the area. Rotate the glowing lines so that the rectangle covers the fallen pillar. This should subsequently match up with the other five pillars surrounding it to solve the puzzle. 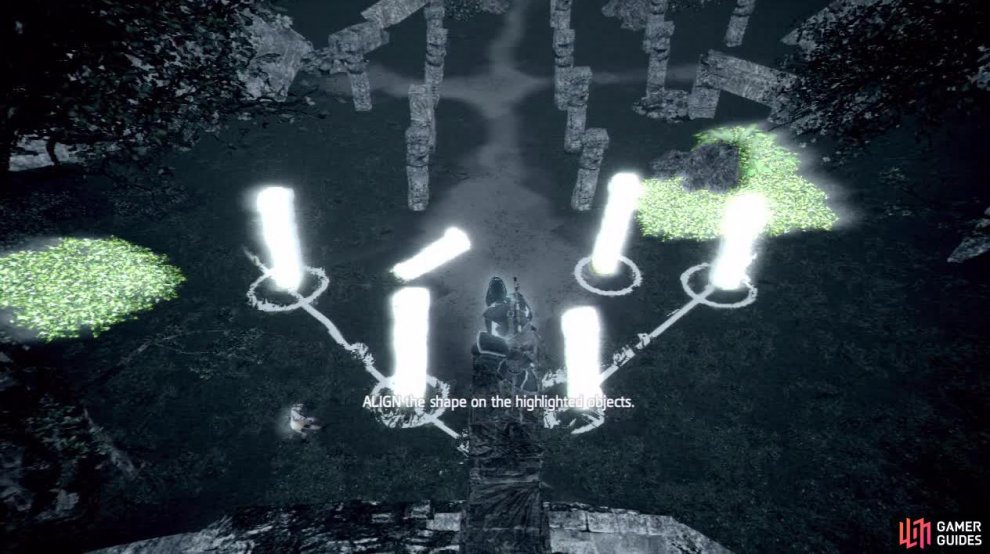 11. Cat Island: In a clearing near the beach in the very northwest corner of the map. Arrange the silhouette so that the circles match up with the glowing rocks and trees below. 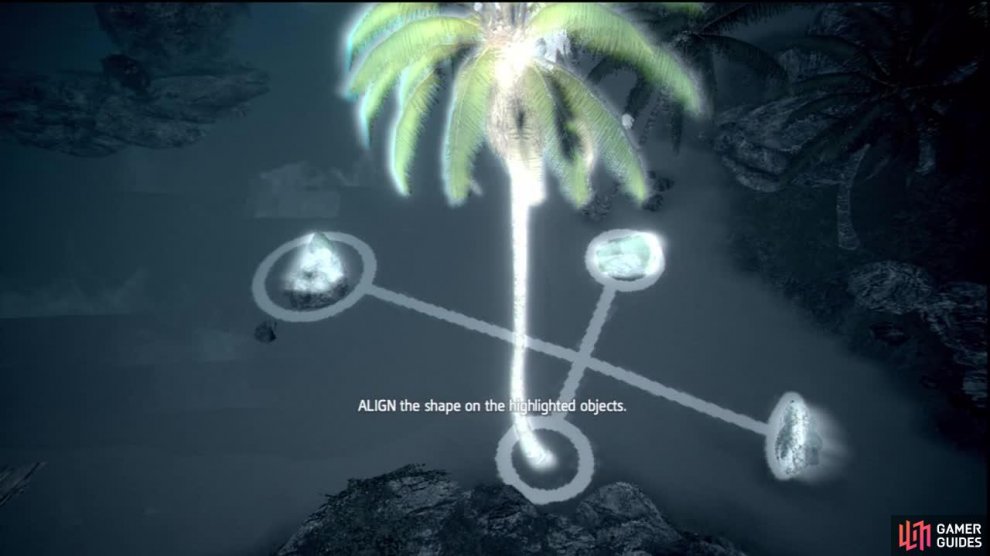 12. Matanzas: On the shore of the small lake in the very southeast corner of the map. Arrange the silhouette so that the two smaller circles sit on the rocks in the centre of the area, whilst the two larger circles fit over the tree and the large rock. 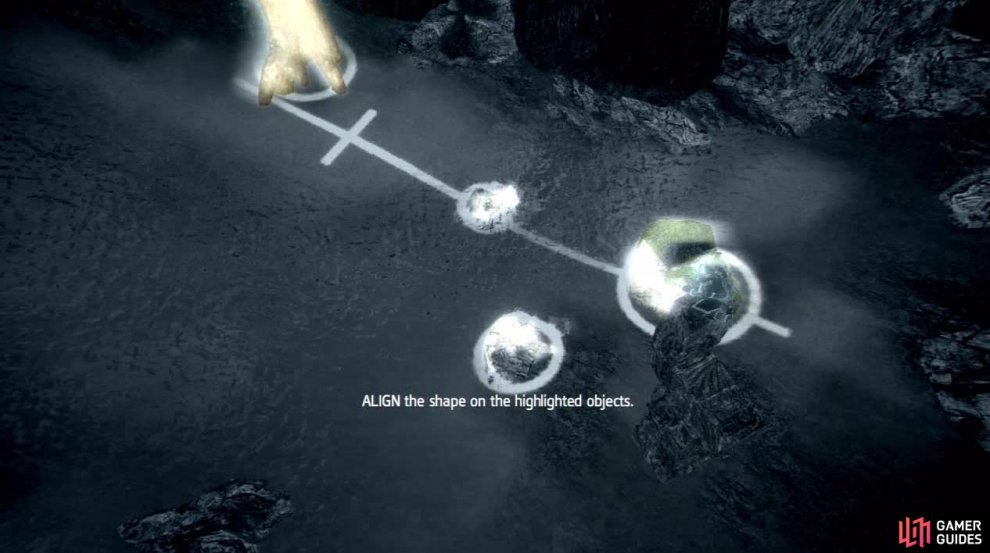 13. New Bone: In a clearing in the very northwest corner of the map. Arrange the silhouette so that the four rectangles sit on the rocks directly below your position, whilst the three circles fit over the trees. 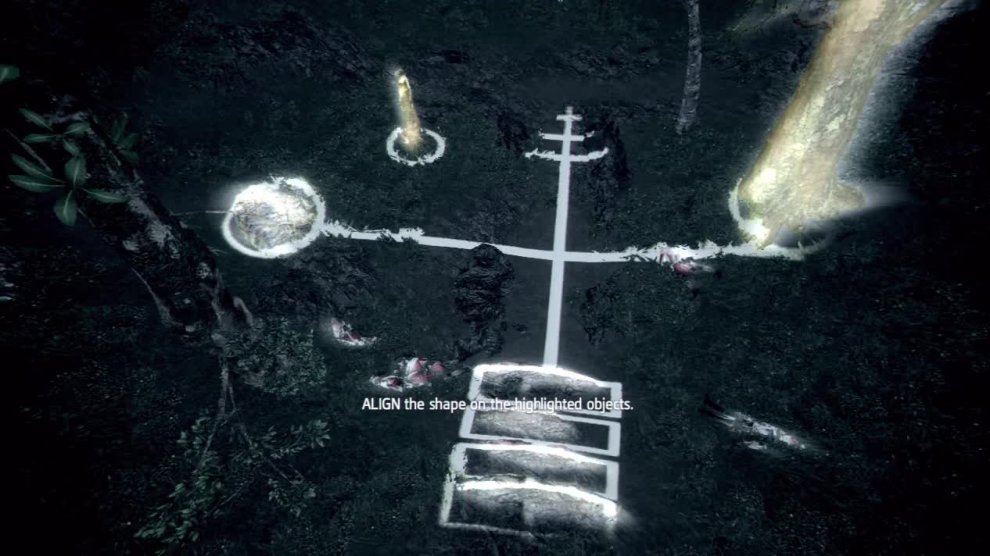 14. Tortuga: On the small cliff overlooking the beach in the northwest corner of the restricted area. Rotate the image so that the three circles align with the stones and the trees closest to you. 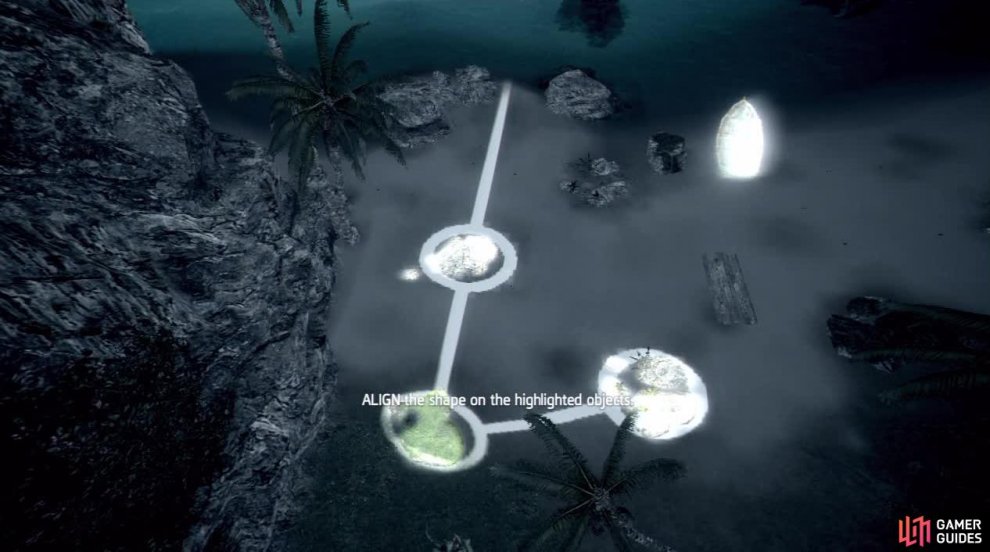 15. Santanillas On top of a raised rock shelf in the centre of the eastern part of the main island. You can get up here using the slanted tree and treetop pathway from the south west, just opposite the stairs to the eastern ruin in the south of the map. Once you are atop the statue, arrange the silhouette so that the three circles match up with the highlighted stone pillars on the beach below. 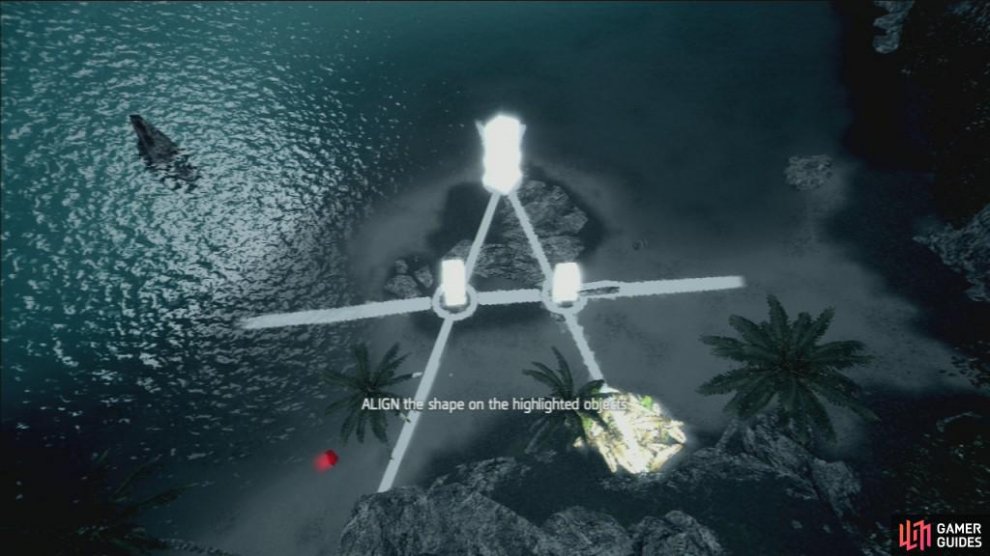 16. Santanillas: Sitting just in front of the natural stone archway in the northwestern part of the main island on the map. Align the silhouette so that the three circles match up with the highlighted stone pillars in front of you. 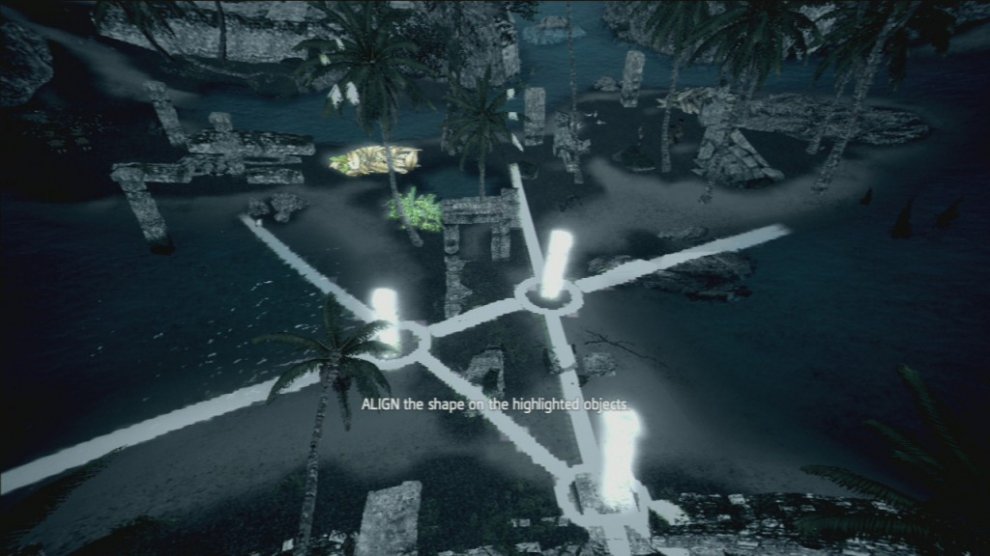