There are four Templar hunt side-mission chains in the game and they can be undertaken at any time after Sequence 04, Memory 01 ‘This Old Cove’. Every one of these four chains involves a small, four-memory sequence with Edward assisting a different assassin and upon completion of each you will earn a Templar Key .

Earning all five Templar Keys will allow you to unlock the Templar Armour which is located in the mansion overlooking the cove in Great Inagua.

Completing the first of the four chains will unlock the achievement/trophy Help A Brother Out. 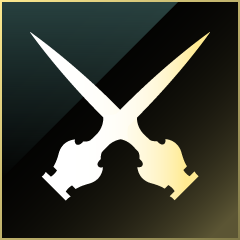 Help A Brother Out

Opia’s short side-story, unlike the other Templar hunt missions, takes place over a number of different locations. As such, it is probably advisable to travel to each of the following places (Cayman Sound, Grand Cayman, Pinos Isle) first to activate fast travel points to reduce travel time. When you are good to go, travel to Grand Cayman and speak with her at the Assassin’s symbol icon.