A Note About Yusnaan : We have deliberately left Yusnaan till now because the final boss can be challenging in the early stages. Also, because of the nature of the Main Quest objectives regarding times and such, it is a lot easier to complete Yusnaan all in one go. Coming here now, you will be able to deal with all threats adequately and complete the majority of the sidequests available at this point. You will need to employ a lot of Chronostasis throughout the day so do remember to use it when you need it. To top up EP levels, fight the security guards or monsters in the industrial area. There are plenty around so use them to your advantage.

After picking up the Black Mage and White Mage garbs from Hope, warp back to Luxerion North Station and then take the train immediately to Yusnaan. This is the city you were in during the prologue. Snow’s city of revelry where he protects his citizens as the Patron. The city is shrouded in Chaos and Snow hasn’t been seen for some time so we need to find him.

Snow has told security to be on the lookout for you so you will be attacked by Flanitors and Personal Guards as you travel through Yusnaan until you have completed the main quest here. You need to find a way into the Augur’s Quarter but they don’t just let anyone in. Head over there, picking up the sphere containing Blitz Level 2 as you come out of the station.

On your way, buy the monster notes from the Adventuring Essentials guy in the Reveler’s Quarter and then head up the stairs to the waypoint when you’re ready. Speak to the Knowledgeable Tourist at the gates to learn that you need an ID card to get inside or buy a ticket from the Tour Guide to gain access by an indirect route. To find the Tour Guide, go back down the stairs, head right until you see a man wearing pink and holding a drum kit. Purchase the Sneaking-In Special Ticket for 2000 Gil. 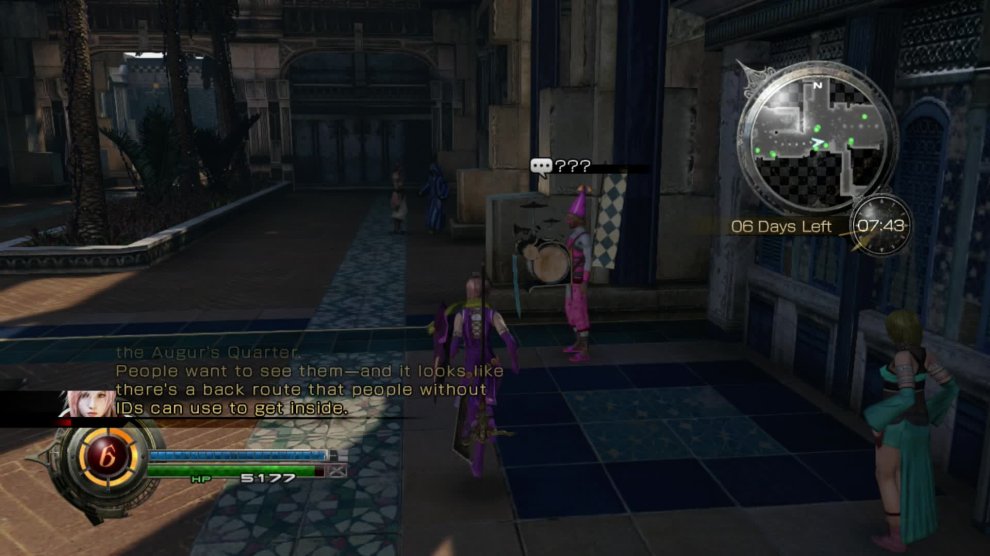 Did You Know? - The music the Tour Guide plays is a version (an odd version) of Clash on the Big Bridge from Final Fantasy V. This music is one of the most well known Final Fantasy pieces from the earlier games. Enjoy!

You cannot advance the main quest until 6pm (18:00) so you might as well complete a few sidequests while you wait. If you stand around near the Tour Guide, you may find that a boy wearing yellow will steal off you. Chase him down to make him return the money. This will then allow you to informally start the " Stolen Things " sidequest. While exploring Yusnaan, make sure to pick up all treasure you find. Check the map for details and the following table for essential items. 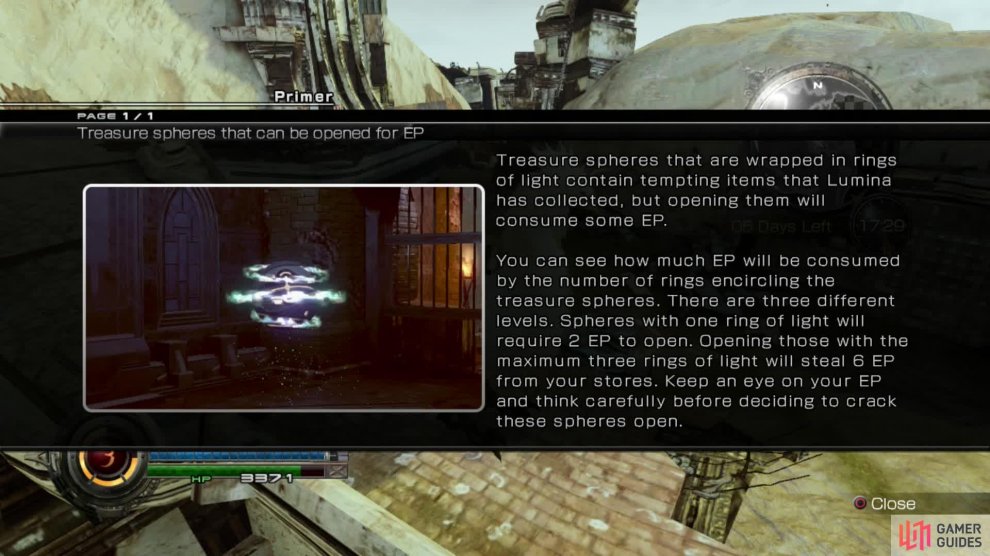 In Fountain Square, near the entrance to the rectangular back alleys where you can find the Mage’s Gloves , there are a couple of priest-types in robes (Diviners) that have a quest for you “ Free Will ”. You cannot complete this quest straight away but you should start it now as you will be coming back tomorrow to finish it. Spend some time collecting a few items around the Glutton’s Quarter and the Reveler’s Quarter.

When you get to the Glutton’s Quarter, talk to Seedy in the south corner to begin “ Family Food ”. While you’re in the Banquet of the Lord, talk to the Maitre D’ to advance the “ Get the Girl ” sidequest you picked up in Luxerion. When you’ve finished with Seedy, head to Armor Alley and speak with Morris to begin “ Play It For Me ”. 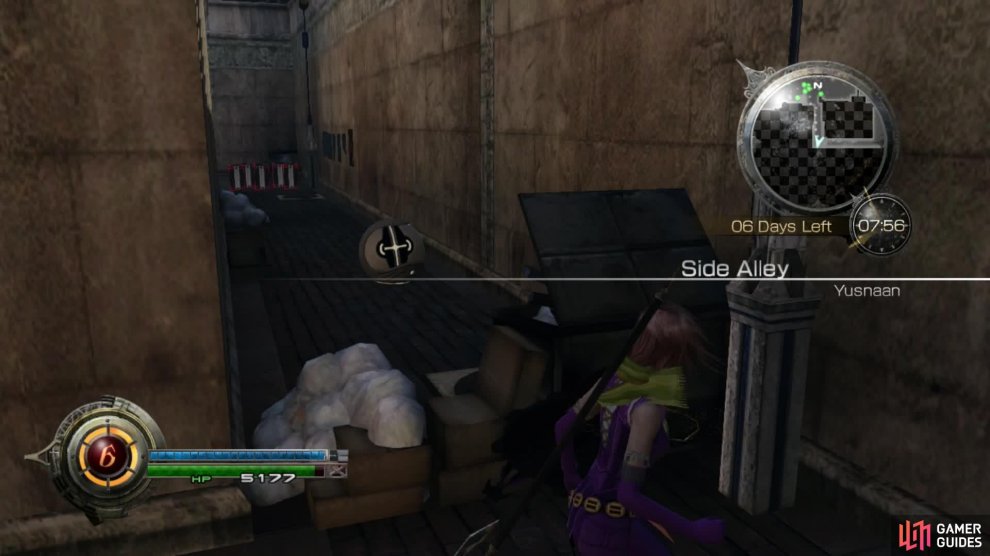 While you’re collecting the items for “Play It For Me”, you can also begin the next sidequest “ Songless Diva ”. You can find Berdy nearby, just behind the piano lurking in the corner there. Chase after him and speak to him to advance that quest.

On your way around, stop by the Hero’s Song Outfitters and purchase the Quiet Guardian garb and some adornments. You will need a good collection of adornments for a sidequest a little later on. Also make sure to fight any Flanitors and collect 34 Clear Ooze for a Canvas of Prayers quest. This is easily done now while they’re still spawning regularly. After finishing the main quest, they spawn very rarely. 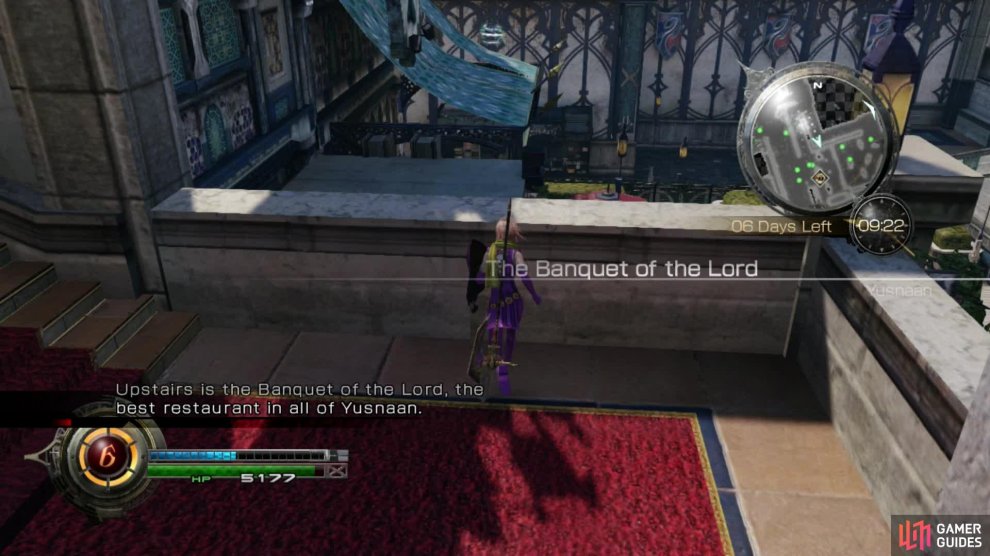 When you visit the Champion’s Quarter during sidequests, visit the Alchemist and make sure to have a recovery item slot free to start “ A Testing Proposition ”. This quest will take some time to complete because you must find enemies that inflict status ailments and use whatever concoction the Alchemist makes. It may take you a few days to complete so don’t worry too much about it right now.

You should have quite an assortment of spells and abilities now so it may also be wise to pay a visit to the Sorcery Shop and synthesise some of them. You should do this periodically to keep yourself as strong as possible. Make sure to speak with Gregory at the top of the stairs in Central Avenue about the pickpocket and this will begin the quest “ Stolen Things ”.

Note : To save time, try and do everything you can in one vicinity before trekking back to whatever NPC you need to see. Do a sweep around the city, talking to everyone you can and collecting every item you need before making your way back. Use Chronostasis sporadically to make sure you don’t miss that 6pm deadline. If you need extra EP, fight the Reavers and Gurangatch monsters in the Industrial Area. Each one gives you 2 EP. 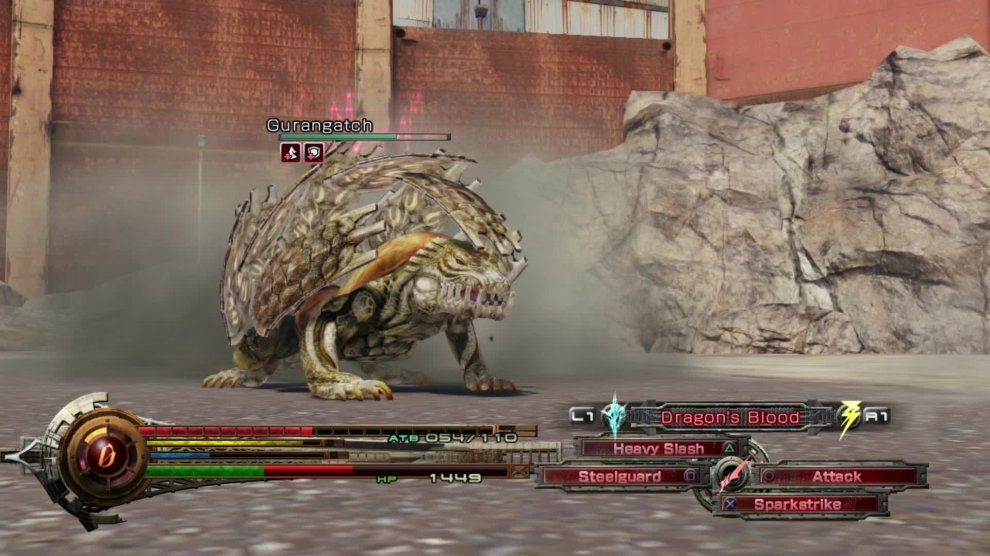 If you have some spare time before the deadline after you have completed the sidequests, hunt Flanitors for more Clear Ooze or the stronger monsters for EP. Going into the next part of the main quest with a high amount of EP is helpful. Make sure to speak to the Suspicious Guard before the 6pm deadline. If you get there early, you can advance the time to 6pm instantly. Speak to him again to start the next part of the main quest.

Complete The Rest of Quest 2-1

Upon entering, follow the path to the left to the waypoint. To reach the waypoint, head up the stairs and round the walkway (watch out for Gremlins and Desdemonas) until you reach a gap which you need to jump over. There is another set of stairs and a smaller walkway to cross. When you reach the end, climb the ladder to the top for a nice view of the show.

Go down the ramp, climb down the ladder and then run and climb up the next ladder. Immediately turn right to carry on towards your destination. You may wish to use Chronostasis at this point. You will have to fit in a lot of things in a small amount of time (especially before 3am) so use of Chronostasis is recommended.

Carry on till the next waypoint and pass through the gate. There is a merchant here if you need to replenish restoration items or sell medals you may have picked up. Once you’re done, keep following the obvious route and remember to pick up the treasure as you pass through. Eventually you will reach a cutscene with Lumina. She gets around, doesn’t she? She also summons a nice friend for you to play with; a Cyclops .

This guy shouldn’t pose you too many problems. You can practise Perfect Guards as his attacks are slow and cumbersome. Your best chance to boost his Stagger Wave is by guarding against his attacks and unleashing everything you have when he tries to use Squash and Rage . If you can stagger him before Squash hits, you can polish him off with a few strong spells and Heavy Slash. 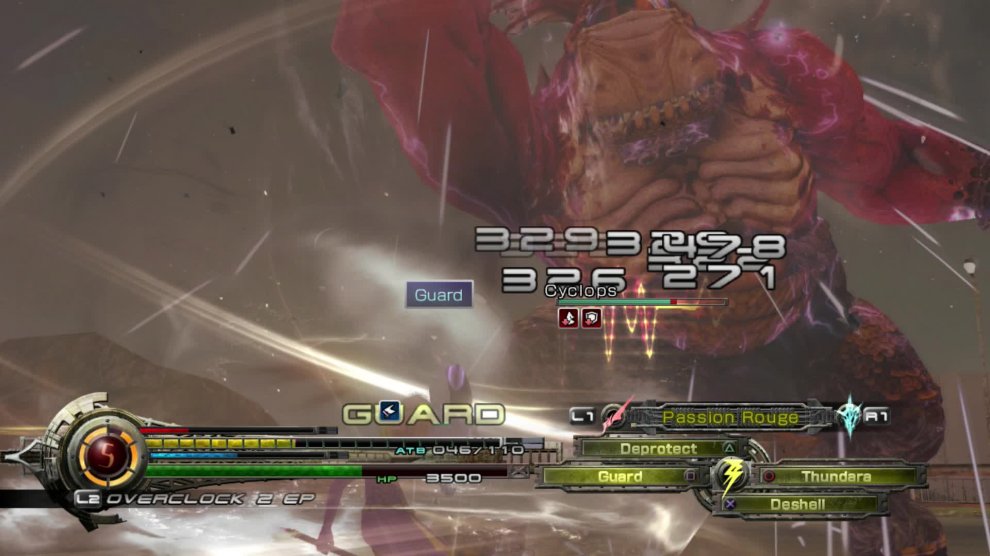 After the cutscene, you will find yourself in the Warehouse District far from where you were. Your focus is to just get out of there. Run to the room where the waypoint is but before you carry on, jump up the red loading crates to the top and collect the Sight’s Circlet . Follow the path to the next marker and examine the skeleton to obtain the ID Card .

Keep running to the waypoint markers and you will end up in the Underground Route. This trail leads you back to the main city. Use the ID Card to open the door at the end, collect the Desert Flame (the shiny object on the floor) and the treasure sphere containing the Oath of the Merchant’s Guild . Follow the rest of the path and climb the ladder up and out onto Pleasure Alley. With the ID Card, you can now just wander straight into the Augur’s Quarter. 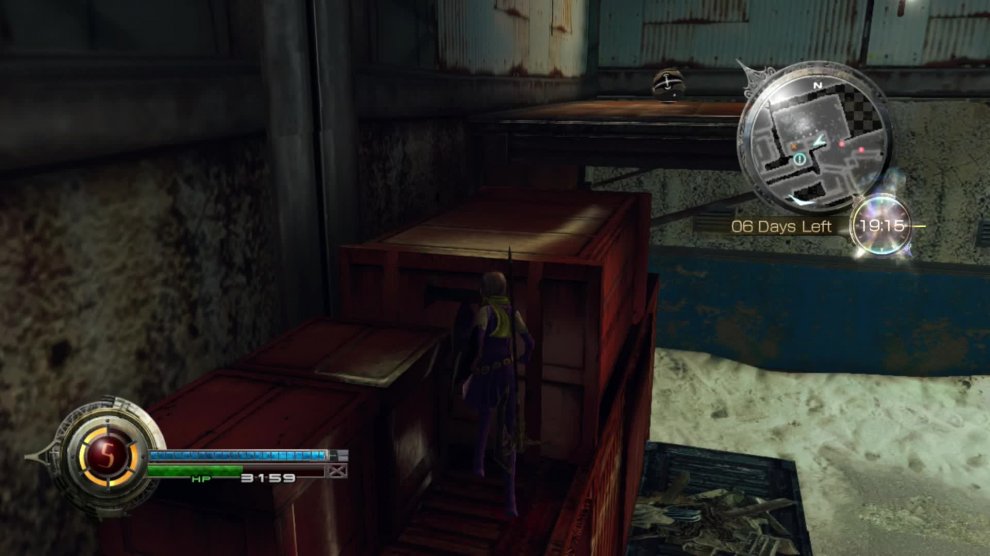 Open the gate to the Augur’s Quarter for a cutscene.