The Warmaster is a physical powerhouse, having access to all of the physical weapons. In fact, you’ll probably want to equip the highest physical attack weapons that you can, as you will see shortly. In order to unlock the Warmaster job class, you need to find the Shrine of the Warbringer, which is a Danger Level 50 dungeon, and defeat the boss there. All of the skills are physical in nature, revolving around each of the weapon types. Guardian Liondog is a sword attack that hits random foes between five to ten times. Tiger Rage is an axe attack on all foes, Yatagarasu is a dagger attack on all enemies, Fox Spirit is a staff attack on all foes, and Phoenix Storm attacks a single enemy with a bow.

Qilin’s Horn is a spear attack that only hits a single enemy. Nightmare Chimera is a bit of an oddball. You basically choose a weapon from your inventory to chuck at an enemy, but the weapon is destroyed upon using it; do not use a unique weapon when performing this skill, as the weapon will be gone forever. The Divine Skill, Winnehild’s Battle Cry, will attack all foes a total of six times using all six equipped weapons. This is probably the best Divine Skill for damage, especially with the right setup, as it can do tens of thousands of damage. 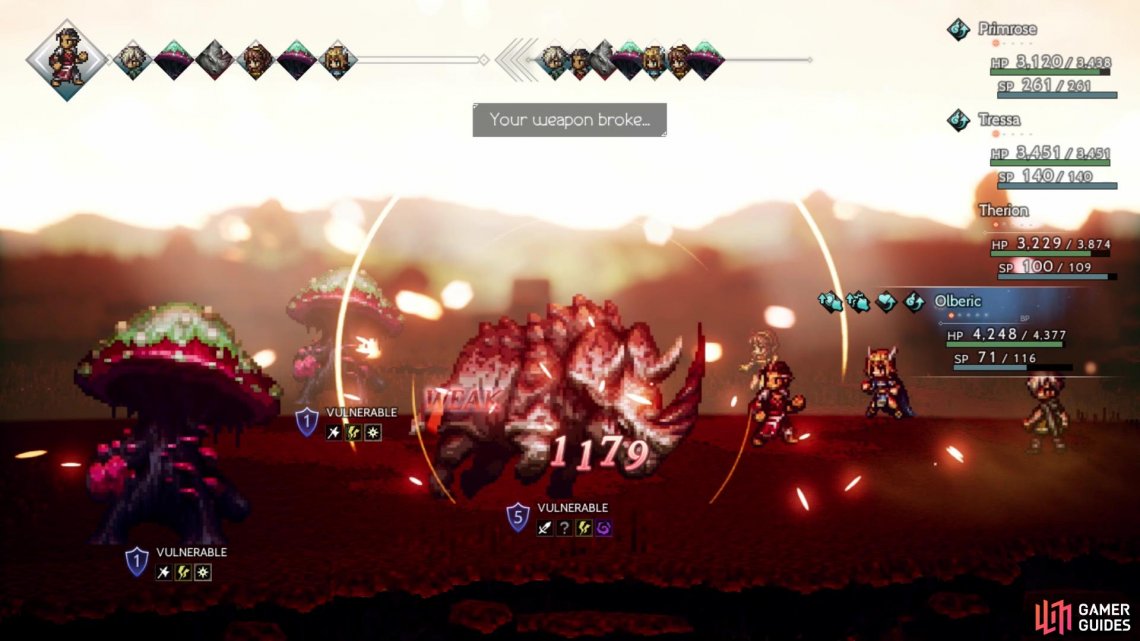 (1 of 2) Nightmare Chimera will use weapons from your inventory as attacks, but they break after 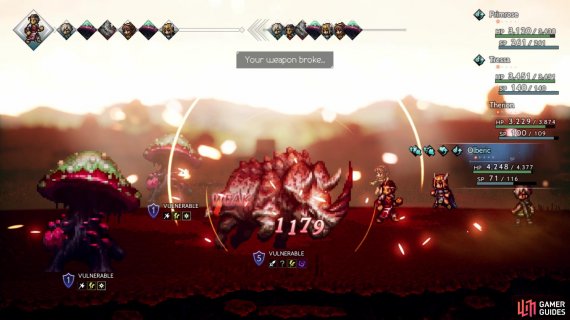 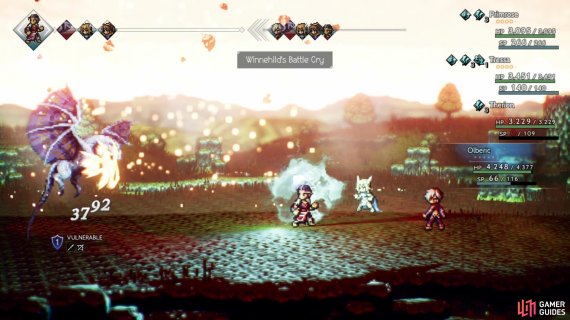 Nightmare Chimera will use weapons from your inventory as attacks, but they break after (left), Winnehild’s Battle Cry will probably be your strongest attack at the end of the game (right)

For the support skills, the Warmaster has ones that complement its class, as well as some other nice skills. Extra Experience will increase the total experience gotten for the whole party by 50%. Similar to the Starseer’s JP one, you only need to equip it on a single character for it to count for the entire party. Stalwart Defense increases your physical defense by 50 points. Fortitude allows you to deal more damage the lower your current HP is, so at something like 1HP, you will do a lot more damage than normal. Lastly, Physical Prowess will give you a permanent buff to your physical attack and defense during battle.