S’warkii isn’t exactly a big village and it doesn’t have a lot to see. As soon as you enter, look at the villager’s items to see if the Headgear he possessed is worth a purchase or not. Scrutinizing this same villager (50%) will make it so that you will always gain initiative upon Provoking the people of the village, which is something you don’t have quite yet. There is a chest next to the inn (Healing Grape), as well as one more in the southeastern corner of the village (Inspiriting Plum). None of the other villagers are really worth Scrutinizing and they don’t have any worthwhile items for purchase (the head has a decent axe). The NPC by the western exit can put more wares in the shop, including an expensive armor piece with a lot of evasion, but the Scrutinize is only 30% and you most likely won’t be able to purchase it right now. When you’re ready to begin, speak with H’aanit to begin her first chapter. 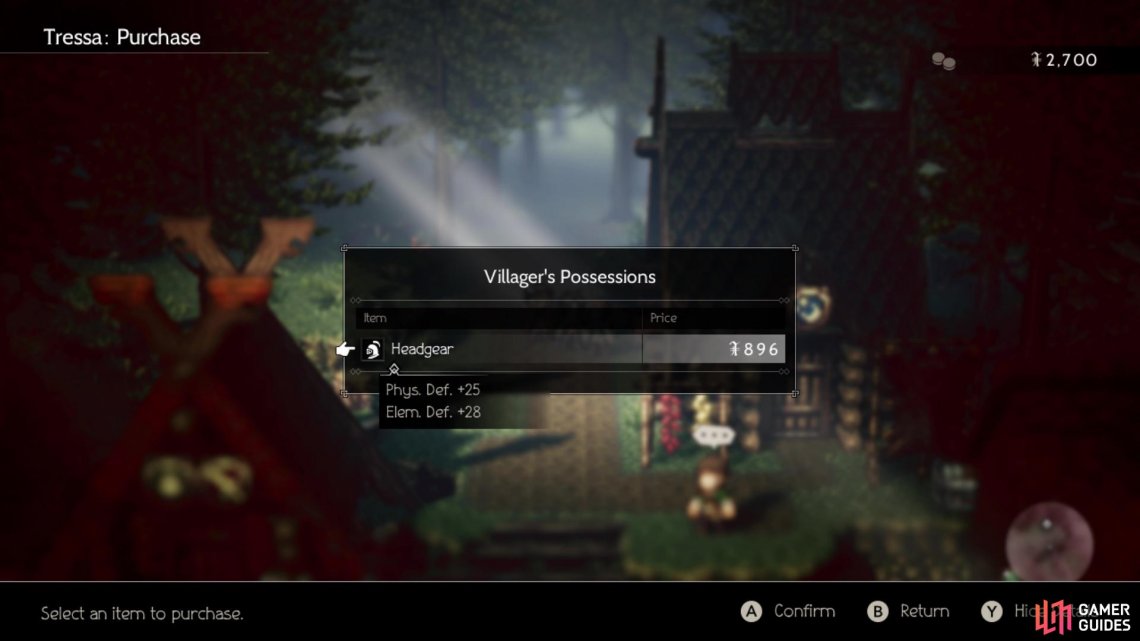 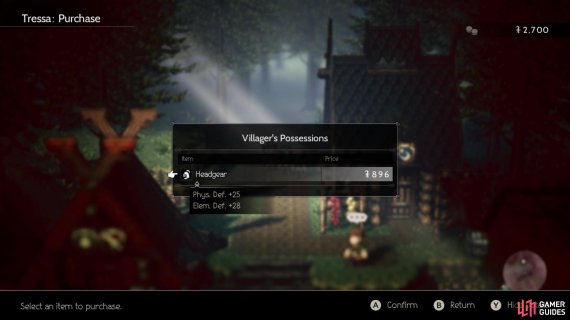 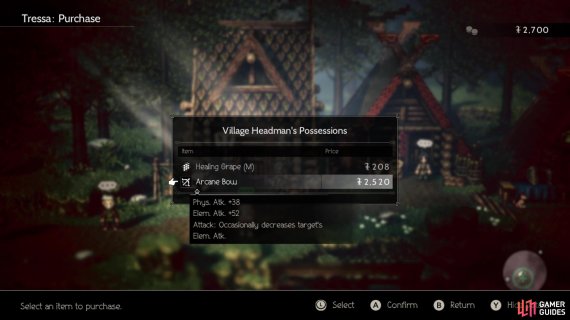 Always check the NPCs when entering a new town (left), as you never know when you might find new equipment (right)

H’aanit is a hunter, waiting for her master to come back from a hunt, after at least a year away. While he is gone, she is to watch over the village in his stead and being a bit bored, she asks the headman if he has any tasks for her. He can be found towards the western exit and he asks you to teach the way of the bow to the young ones. This will unlock H’aanit’s Path Action, called Provoke. These can be used to challenge NPCs into battle, but unlike normal ones, they are one-on-one fights and you will only be able to use your summoned beasts.

A little more explanation is needed for H’aanit and her combat abilities. She has the ability to capture monsters and use them in battle. Those she captures out in the wild will only have a limited number of uses before they return to their home, while Linde, the top choice, has an unlimited number of uses. Every creature has thier own attacks they will use, like the Mossy Meep healing H’aanit. A little more information on Capture will be talked about in a bit, but for now, go around the village and Provoke all of its residents. This will get you a few levels and possibly some items, as well as teach you a little bit about her abilities.

When you’re ready to move on with her story, Provoke the two youngins with the green speech bubble. You can pretty much finish every single battle by using Linde at the beginning, then a fully boosted Linde on your second turn. It’s important to note that sometimes NPCs will block a door or something, but using Provoke on them and winning the battle will allow passage. There is one such example in S’warkii, with the inside of the house having a locked chest that only a certain character can open. However, a NPC that has been beaten is unconscious and Path Actions cannot be used on them after the fact, so Provoke should be used as the last one. 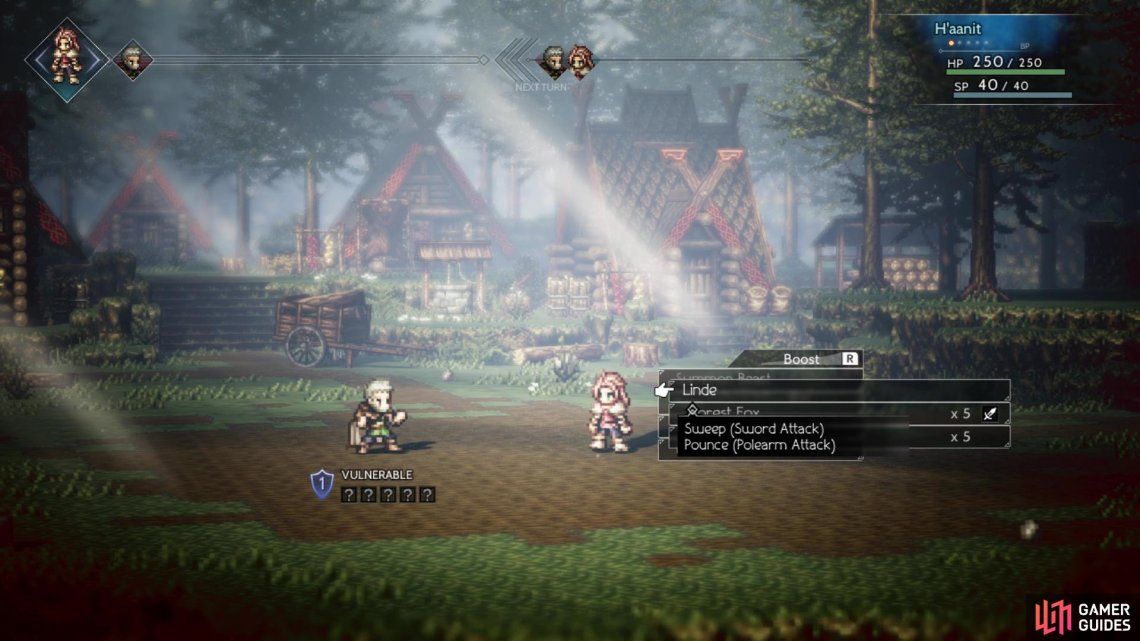 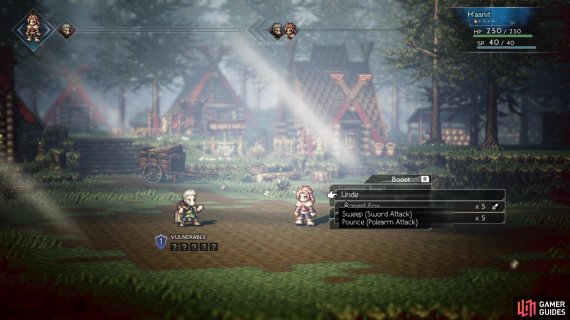 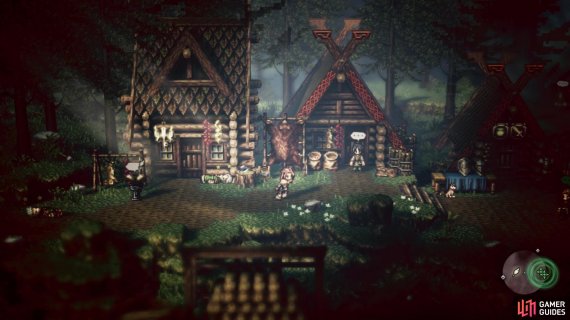 H’aanit can’t use normal attacks when she Provokes NPCs (left), When you win a duel with H’aanit the NPCs become unconscious (right)

After you finish the training, some more scenes will occur and H’aanit will get a hunt to cure her of her boredom. It appears some creature, called a ghisarma, is in the Whisperwood west of the village and is attacking people.