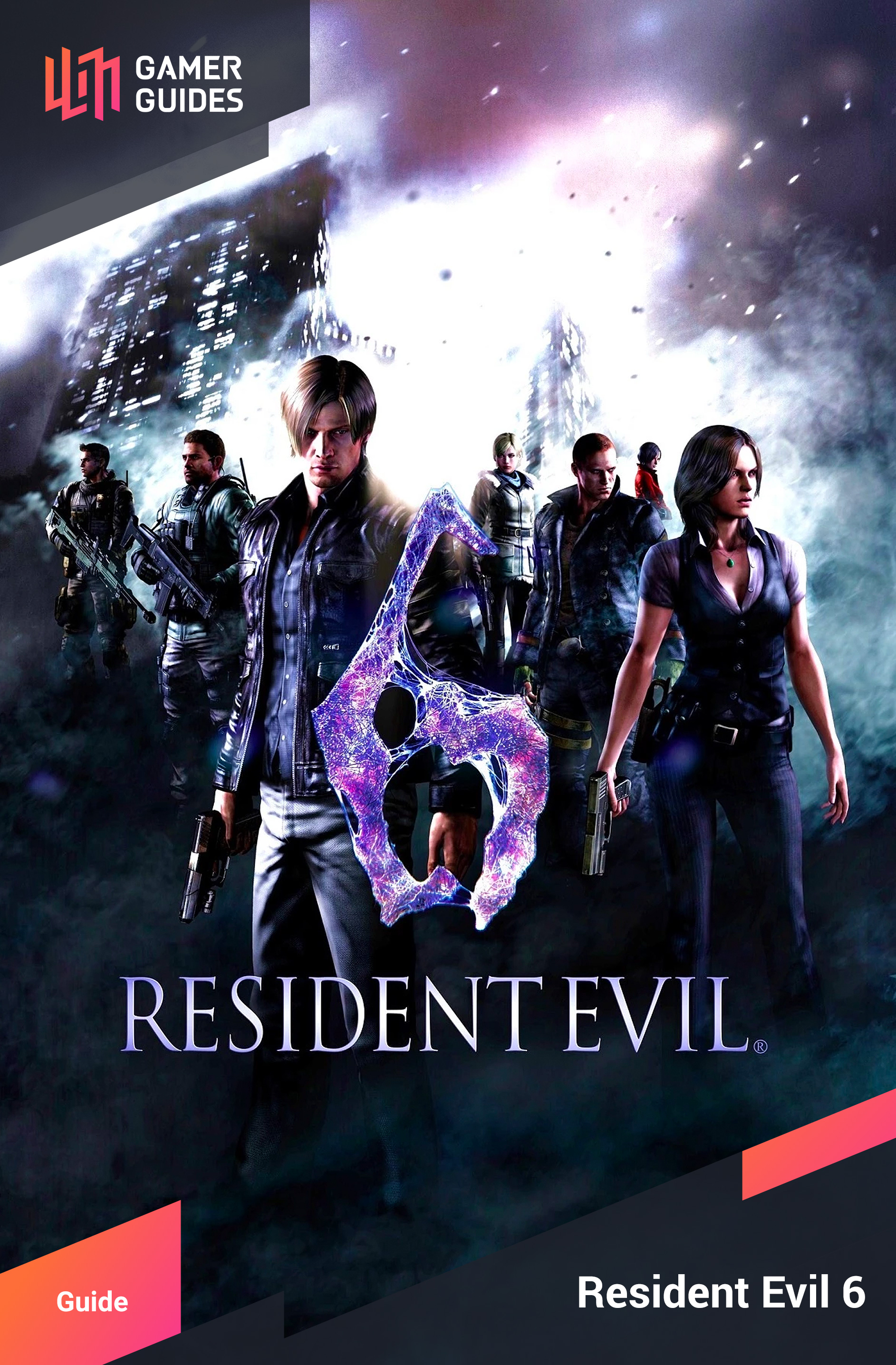 With the game afoot, Ada heads off to China where she tracks Chris Redfield's progress and gets to meet Wesker and Birkin's kids...

#9. In the market after the J'avo scene, look at the last stall on the left. Its on top of some wares.

#10. Locate the burning van before the second market and look behind it to find this one.

#11. When you are on the bus and it stops, head to the front and look off to the left. Be quick!

#12. After losing Ubistvo, head into the house and look through the right crack down the staircase.

We'll now be in China, near the start of Chris's chapter 3.

Head down the path and play on the playground if you wish, then take the left side and grapple your way forward. There are seme J'avo here you can play with. Sneak behind them from the left for a free instant kill on one of them.

Head out into the street and kill the two mutated arm J'avo. Keep going and look for a [ WOODEN CRATE ] to the left. Two more J'avo will come down to play. Take them out and find the [ WOODEN CRATES x2 ] in the area (one to the far right and one to the right behind a stand). We can also get a Serpent Emblem nearby:

Head to the far left and keep going, breaking the [ WOODEN CRATE ]. Kill two more J'avo and search the left stands for another [ WOODEN CRATE ]. Before going into the door at the end, pick up the [ 9MM AMMO ] from the left table.

Open the door and waste the three J'avo you find. One will turn into a Strelat so be ready for that. Enter the right door after that. Grab the [ WOODEN CRATES x2 ] and the [ WOODEN BOX ] and enter the street for a short scene.

Avenge the poor Chinese people and make your way behind the van for the [ WOODEN CRATE ] back there and also:

Keep heading down the stalls, checking the left ones for some [ ARROWS (NORMAL) ] and the right ones for [ 9MM AMMO ]. You'll also have to fight a Strelat here, but it may be easier to fight it up ahead. However, there is also two J'avo out here and, eventually, two more Strelats. Kill them all and search the right area for [ WOODEN CRATES x2 ]. Jump over the barricade and grapple away.

Watch the scene and then run towards the tv screen. Head to the right and keep going, grappling at the end. Keep running and soon you'll need to wiggle your left analog to stay safe.Keep running and after the obstacle be ready to slide underneath and grapple at the end. After the smooth scene you'll be safe.

Head forwards and upwards and you'll soon be in an area that Jake and Sherry have yet to visit. Instead of J'avo, there are around eight zombies to take care of here. Try to gather them up and grenade them, but take them out any way you can. Search the area for [ WOODEN CRATES x5 ], a [ GREEN HERB ], and a box in the corner for [ 2000 SKILL POINTS ]. Head to the objective and pick up the [ BACK STREET KEY ]. Kill the zombie once it awakens and use the key on the door to see a scene.

We'll now have to fight Ubistvo. As you know from previous experiences, Ubistvo is hardly a "boss". He still merely charges at you and swings his chainsaw. He's more agressive than normal here, but he's still not much of a challenge. The real challenge in this fight comes from the multitude of crawling zombies in the area. They fall in from nowhere and will constantly try to detain you by crawling along. They occasionally get up, but not very often. Use the outer edges of the area to force Ubistvo to travel to you and take advantage of your range with the sniper rifle and pipe arrows to hurt him. Stay on the move constantly to avoid the zombies and you'll be fine.

After the fight, take care of any zombies and gather any items and reclaim your key. Continue on now and grapple upwards. Destroy the [ WOODEN CRATE ] out here and move to the end to see a scene.

Well, he's back! We knew that he was tenacious already, though. As he comes at you, press the action button prompt to get around him. He'll smash through a sign, so be sure to slide underneath it. Soon the bus will stop and that is our cue to grab an emblem.

After nabbing the emblem, use the grapple action to get away and watch the scene. You're now in a confined area of the railroad tracks with Ubistvo. Be sure to gather up the [ WOODEN CRATES x10 ] in this area. You have to damage Ubistvo a bit to trigger a scene with a train going by. Here, press the on screen button prompts to ensure you live through it then it's time for round two.

Damage him some more (two pipe arrows and a melee out to do it) and you'll hear an update on your doppelganger. We'll be inside a train now. Move forward and grapple to the top, then watch the scenes. Head inside the apartment and break the [ WOODEN CRATES x4 ], but more importantly:

Head upstairs now and through the door. Destroy the [ WOODEN CRATES x2 ] out here and head through the next door and watch the scene.

After the scene, destroy the [ WOODEN BOXES x5 ] and grapple onward. Keep going onward and when you get to the rooftop destroy the [ ORIENTAL VASES x4 ] and the [ WOODEN BOX ] in the area and grapple on. Up on the crane, take some shots at Ubistvo and, after the short scene, press the action button to help take him out. After that jump down when you can and watch the scene. Once Ubistvo attacks you don't have to do anything... just wait for the prompt to zip down and save the day.

After the scenes, continue onward, dropping down when you can. You will soon come to a jet-ski. Take off on it to end the chapter.

It has been ten years since the Raccoon City incident and the President of the United States has decided to reveal the truth behind what took place in the belief that it will curb the current resurgence in bioterrorist activity. Due to be by the President’s side is his personal friend and Raccoon City survivor, Leon S. Kennedy, but when the venue suffers a bioterrorist attack, Leon is forced to face a President transformed beyond recognition and make his hardest ever decision.

At the same time, Bioterrorism Security Assessment Alliance member, Chris Redfield arrives in China, itself under threat of a bioterrorist attack. With no country safe from these attacks and the ensuing outbreaks, the entire world’s population is united by a common fear that there is no hope left. In a first for the franchise, Resident Evil 6 sees series favourites Leon and Chris come together to face this unprecedented threat. They will be joined by new characters, each with their own unique perspective and involvement in this relentless dramatic horror experience enacted on a global scale.