This is a guide for the fourth chapter in The Last of Us: Part 1 DLC, Left Behind. It’ll navigate you through the necessary steps to getting the Skillz and Nobody’s Perfect Trophies.

Ellie and Riley are having fun in the Photo Booth.

Once you gain control with Ellie in the downstairs portion of the mall follow the path around to the left and enter the Sharesnap Photo Booth. Here you’ll want to take a picture with all three themes, Love, Friends and Cool, so choose a theme and don’t print it out so you can try the others! After you’ve finished having fun with the photo booth, sit on the horse in the ferris wheel.

Use the Photo Booth to engage in optional conversations (left), then enter the Fast Burger restaurant to find the Kitchen Note. (right)

Eventually the ride will come to a stop and Riley will give you the No Pun Intended Book, so keep pressing

and read out all the jokes. From here, enter the Fast Burger restaurant and you’ll find the Kitchen Note sitting in the corner, then take the escalator up and enter the Raja’s Arcade. Sit in the Jak X’ arcade for Nobody’s Perfect Trophy, then interact with The Turning Arcade. Here you’ll need to follow button prompts in order to defeat the enemy.

How To Unlock The Skillz Trophy¶

After you’ve finished playing with the arcades, walk through the corridor and crawl into the room with mannequins. Proceed through the double doors to trigger another scene. You’ll now be able to get the Skillz Trophy which involves you winning the water gun fight. However, the first battle doesn’t count as it’s purely a practice round so you can learn the controls. Pump up the weapon by pressing

After you’re done practicing you’ll now have a real match where you cannot get shot once, so stay in cover and hold

to listen and see where Riley is located, then after pieces of dialogue you’ll be able to take a shot. Repeat the process until you’ve taken to shots at Riley, then you’ll earn the Skillz Trophy. After the scene has come to a close chapter 4 of the DLC will be completed! 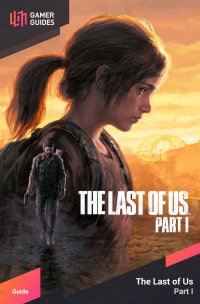